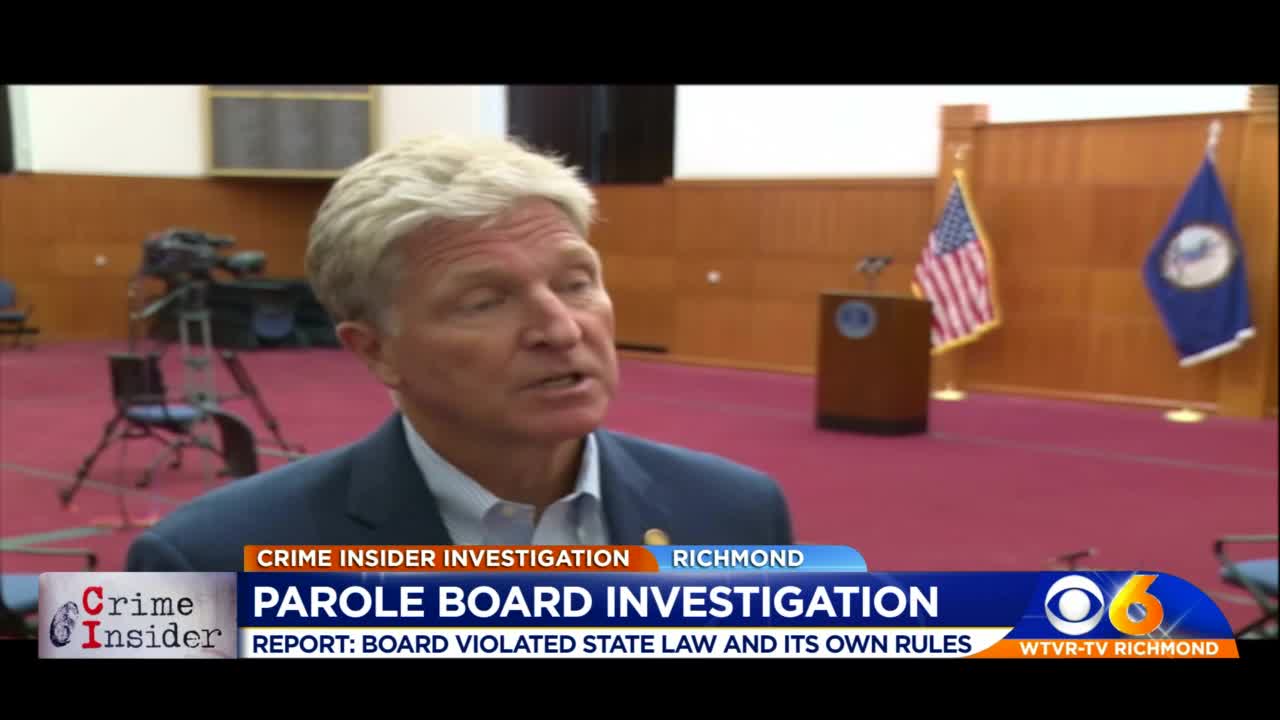 The Virginia Parole Board violated its own rules in the decision to allow a convicted murderer on parole. 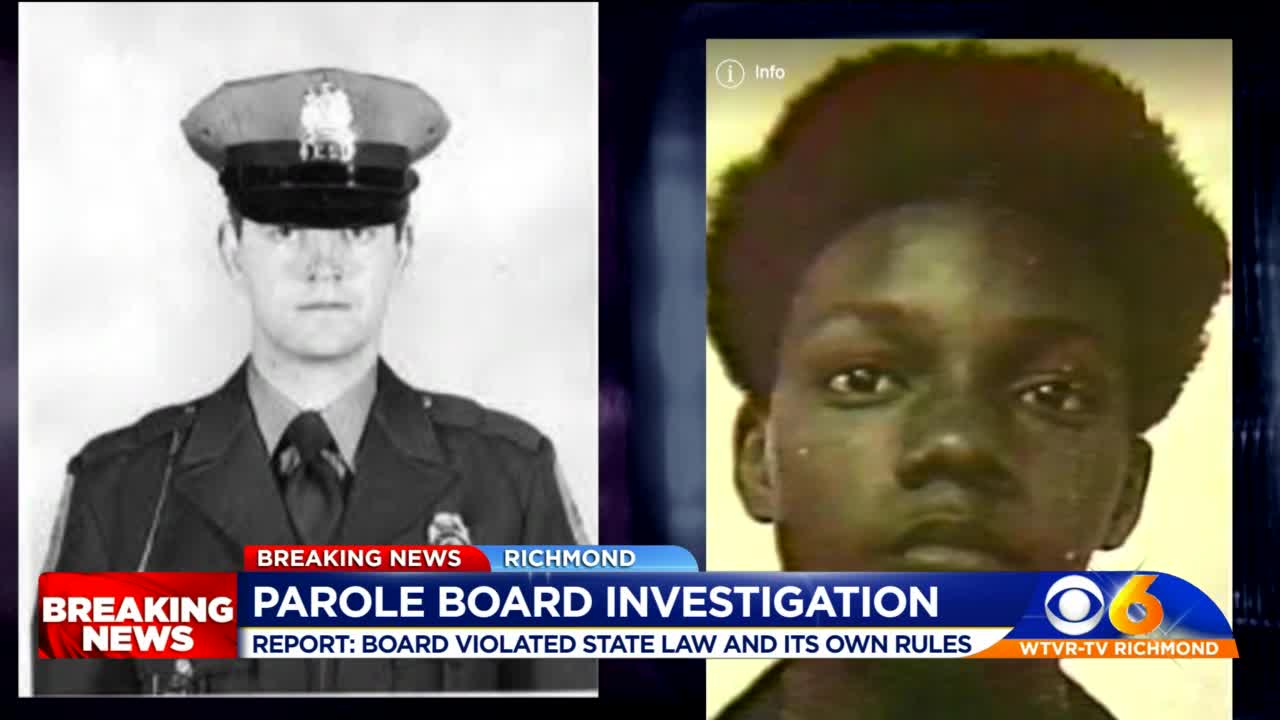 RICHMOND, Va. -- The Virginia Parole Board and its former chair violated state law and its own policies and procedures when it released a man convicted of killing a Richmond police officer, according to an investigation conducted by the state's official government watchdog agency.

A copy of the state inspector general's report was obtained by CBS 6 Thursday. A previous version sent to the media had been almost completely redacted.

In the report, Inspector General Michael Westfall found that the board did not "endeavor diligently" to contact the family of slain Richmond Police patrolman Michael Connors prior to making the decision to grant parole to Vincent Lamont Martin earlier this year.

Martin had been serving a life sentence for shooting and killing Connors in 1979.

Martin had been eligible for parole since 1994, and the board reviewed his case every year, but Westfall found that the board never notified Connors's family of these reviews.

The report states the first time the family received written notification was March 4, 2020, at which time they were told they had three weeks to contest Martin's release.

The investigation also found that the board did not allow the Connors family to meet with the board, in accordance with its own rules.

A conference call between the family, former board chair Adrianne Bennett, and a victim services coordinator was scheduled for March 12, but Bennett did not show up, according to the report.

Additionally, the Office of the State Inspector General investigation determined that the parole board did not initially reach out to Richmond's top prosecutor about Martin's pending release within the required time frame.

Martin was granted parole on April 9, and his release was scheduled for April 30.

The investigation found that Commonwealth's Attorney Colette McEachin wasn't notified until April 15, though she should have been alerted 21 days prior to the release.

At a news conference Thursday afternoon, two Republican state senators and the House Minority Leader called for every member of the board to either resign or be fired by Virginia Governor Ralph Northam.

In a statement posted on its official website July 31, the parole board said it was unable to comment on the details in the state inspector general’s findings, but claimed that his conclusions were “based on factual inaccuracies, a misunderstanding of the Parole Board’s procedures, and incorrect interpretations of the Virginia State Code.”

On August 7, current Parole Board Chair Tonya Chapman posted another statement, saying the Board looked forward to hearing Westfall's recommendations, but again said that his conclusions were flawed. The Board's website has since posted a letter sent to OSIG, disputing some of the findings, and defending the actions taken to notify the family and the commonwealth's attorney.

In May, CBS 6 was first to report that the Office of the State Inspector General (OSIG) had launched an investigation into how the parole board had handled the Martin case.

The shooting happened after Connors pulled over a car that had been traveling the wrong way on a street near the VCU campus. The 23-year-old was shot in the neck and head multiple times at close range

"It was a flat out execution," Stacy Garrett, who prosecuted the case, said.

Earlier this year, four out of five members of the parole board voted to set the 64-year-old Martin free.

McEachin later sent a letter to the board, asking them to reconsider their decision and rescind the release. She said she was concerned about Martin's suitability for parole.

McEachin also said she had questions about the process the parole board used to notify Connors's family.

Martin's release was delayed twice, but in June he was released from the Nottoway Correctional Center.

CBS 6 reached out to the Office of Governor Ralph Northam about the OSIG parole board investigation report.

A spokesperson sent CBS 6 a statement that read:

"Governor Northam appreciates the work of the Inspector General and is glad this report has been made public.

It is important to note that this review was procedural and has nothing to do with the merits of the Parole Board’s decision to release this individual, who had served a 40 year sentence.

Governor Northam has spoken with the new Chair of the Parole Board, and reiterated that he expects all notification procedures to be followed, period."