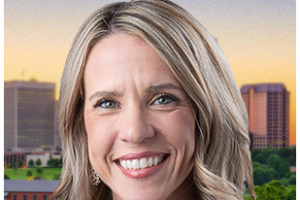 Her career has taken her all over the country playing multiple roles in newsrooms from USA Today to local affiliates.

Her exclusive reports have been featured on CBS News 48 Hours, Vanity Fair Confidential and CNN.

Laura comes to CBS 6 from WVIR-TV in Charlottesville, where she spent years as a primary anchor and reporter.

Laura is proud to be part of the award-winning Problem Solvers Investigation team. She loves being a voice for those who don’t have one, holding people accountable and bringing about change. You will also see Laura filling in on the anchor desk.

Laura is married to her college (GO HOKIES) sweetheart Chris and they have three boys. Her sons are by far her greatest accomplishments.