Katherine Johnson, one of NASA's 'Hidden Figures,' dies at 101 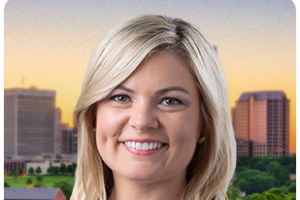 Melissa Hipolit began working as an investigative reporter at WTVR CBS 6 News in Richmond, Va. in October of 2013.

A native of Falls Church in Northern Virginia, Melissa is thrilled to be reporting in the capitol of the commonwealth.

Melissa previously worked at WJHL-TV in Johnson City, Tenn. for five years as a reporter and an anchor.

While working at WJHL, Melissa won a Tennessee AP Award for a story about southwest Virginia’s coal country during the presidential election of 2012.

After getting her bachelor’s degree in History at Hobart and William Smith Colleges in Geneva, New York, Melissa moved back to northern Virginia. She worked as the assistant editor of the Congressional Quarterly Researcher, and as a desk assistant at The NewsHour with Jim Lehrer. From there, she decided to pursue her ambition to be a reporter. That meant moving back to upstate, NY.

Melissa completed her Master’s degree in Broadcast Journalism at Syracuse University in 2008.

Melissa is always on the lookout for a great story.