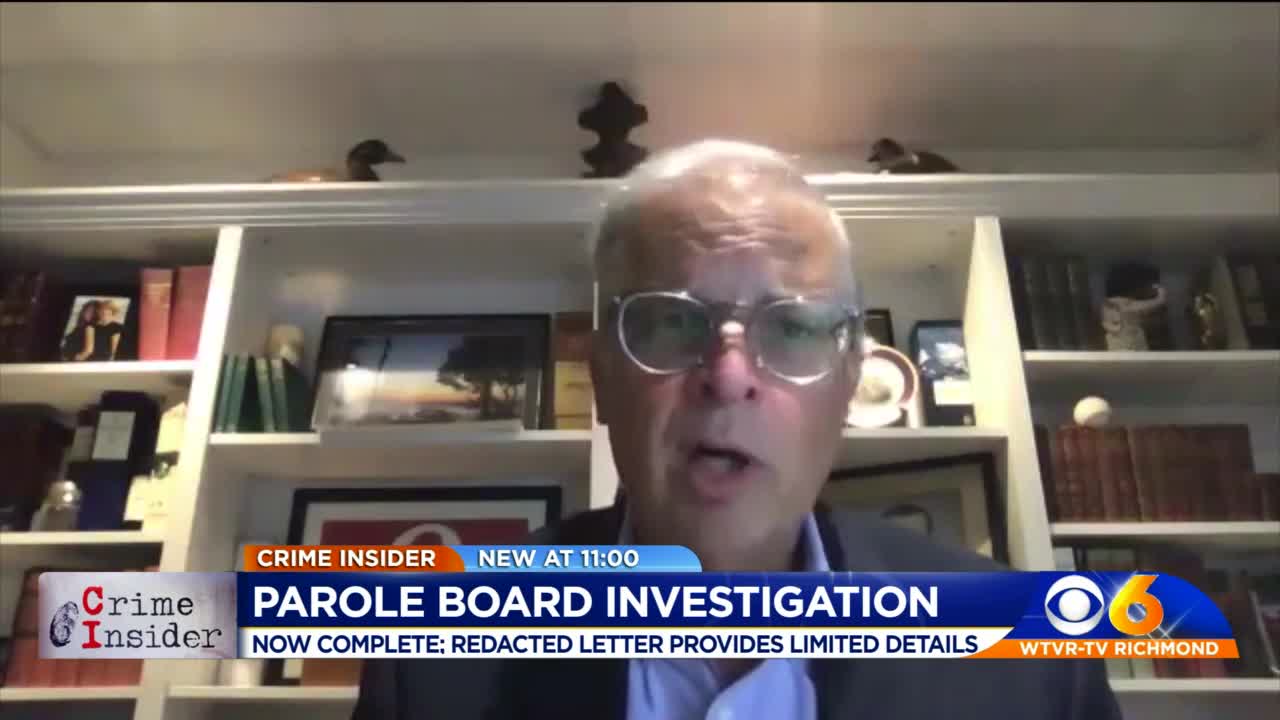 The state’s official government watchdog agency has completed an investigation into allegations made against the Virginia Parole Board, but the results and findings are unknown. 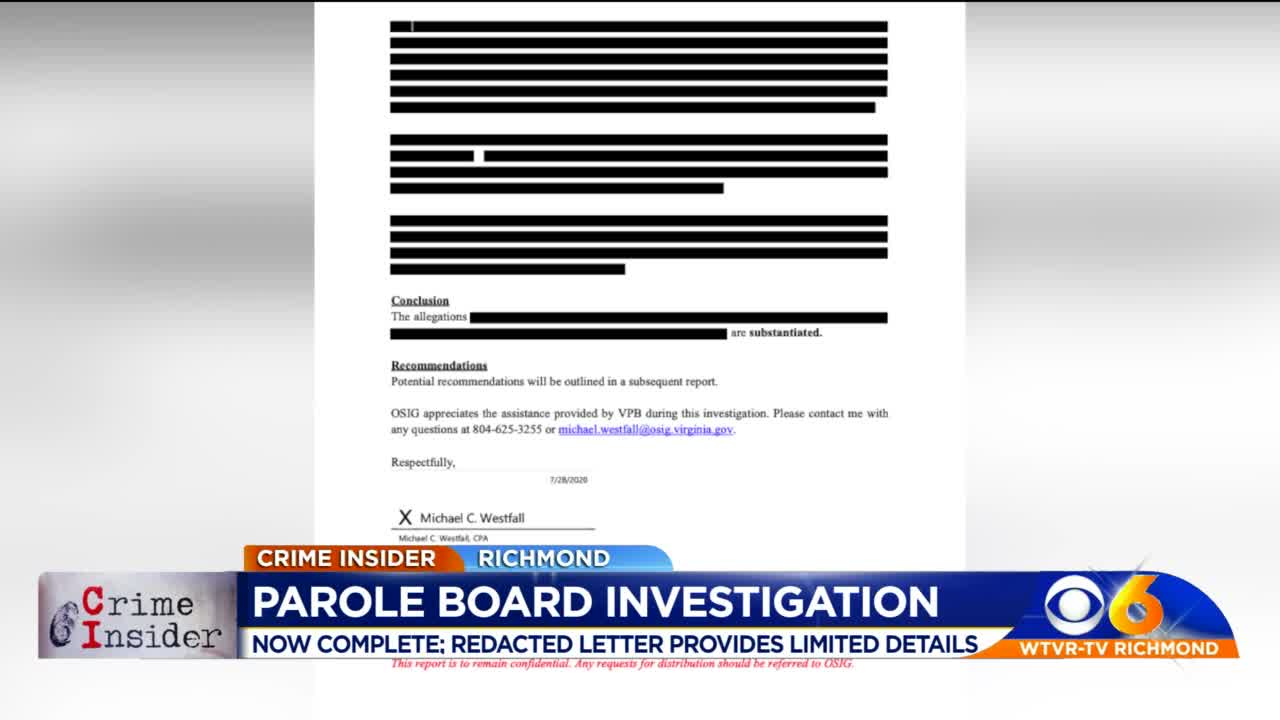 RICHMOND, Va. -- The state’s official government watchdog agency has completed an investigation into allegations made against the Virginia Parole Board, but the results and findings are unknown.

The letter was almost entirely redacted.

"It's one of the most ridiculous things I've ever seen,” said Sen. Mark Obenshain, the former chair of the Senate Judiciary Committee, looking at the letter from the Inspector General. "There was an adverse finding but there are six pages of black blocks."

An un-redacted line at the top of the letter stated that the OSIG conducted an administrative investigation based on multiple complaints made to Virginia’s Fraud, Waste, and Abuse Hotline.

The rest of the letter, including a description of the allegations, background, and findings of fact, were blacked out.

Most of the conclusion was also redacted, though Westfall wrote that the allegations had been substantiated and that potential recommendations would be outlined in a subsequent report.

CBS 6 reached out to Moran to ask for more details about the redacted portions of the letter. He said that the Virginia Parole Board was working on a response.

"These are serious obligations imposed by law and by regulation and by policy, and it's not up to the individual members or state parole board collectively to ignore," said Obenshain.

CBS 6 reached out to current Parole Board Chair Tonya Chapman about OSIG`s report, but haven't heard back.

"We don't know what the findings were yet,” said Obenshain. “We need the governor’s office to come clean and release the entire report. They have the authority and implied they were going to. They need to do it and need to do it now."

“Our direction to the Board is to strictly adhere to their policies and procedures,” Moran said. “Our new Board chair is communicating with us frequently.”

As CBS 6 first reported earlier this year, OSIG launched the investigation after criticism surrounding how the board handled the release of an inmate named Vincent Lamont Martin.

Though serving a life sentence for shooting and killing a Richmond police officer in 1979, four out of five board members voted to release him.

That decision was called into question by the victim’s family, police, some lawmakers, and Richmond’s top prosecutor.

Richmond Commonwealth's Attorney Colette McEachin had asked the board to reconsider and rescind the release.

In a letter, McEachin said that she was concerned about Martin’s suitability for parole, in addition to the safety of the general public should he return to Richmond.

McEachin said that she also had questions about the process the parole board used to notify Connors’s family.

Obenshain said transparency is necessary to prove the investigation was fair and impartial.

"I think virtually every inspector general would concur that it is especially important for them to maintain their independence and for the report not to be sent to political officials for scrubbing or sanitizing,” said Obenshain. “I sure hope that wouldn't occur. I have nothing that says that happened. It's important for their findings to be their findings alone.”

The family of Michael Connors – the officer who was killed - has told CBS 6 they were not given the opportunity to present information to the board before Martin was granted parole.