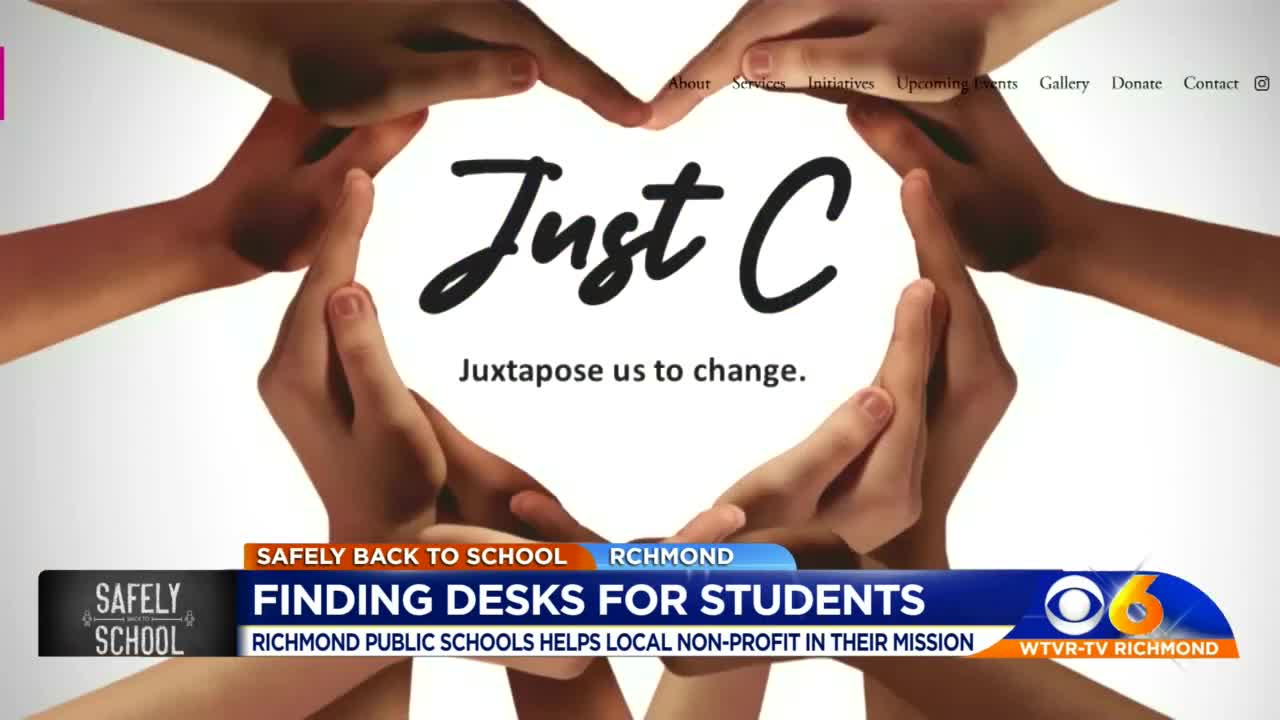 RICHMOND, Va. -- For some parents, there is still a last-minute scramble to get students situated with comfortable home workspaces.

Her organization JUST C is fundraising to purchase desks for Central Virginia students.

Last weekend, they gave away hundreds of school desks, but there is still an extensive waiting list.

“At our giveaway, we had an overwhelming response for kids in need. So, we were looking for a way to provide everybody with a desk but it was very challenging,” Johnson said.

That challenge may soon be met this week when JUST C partners with Richmond Public Schools to give away desks to students.

The organization reached out to Richmond Schools Superintendent Dr. Jason Kamras and his facilities team to inquire about surplus desks.

His team told the CBS 6 Problem Solvers that they had 300 desks available for pick up from Clark Springs Elementary School Thursday from Noon - 3 p.m. for Richmond Public Schools families who need them.

“It was like a breath of fresh air. One phone call, one email, and they were eager to jump on it and help. That says a lot about Richmond Public Schools,” Johnson added.

“I just think it speaks to the kind of incredible people we have in the community. Folks who say if not me, then who? It just takes someone to say I see a problem and I’m going to fix it. I’m thrilled with this partnership. It’s just another example of what we mean by reopening with love,” Kamras said.

Johnson said as long as there was a need, JUST C would continue the desk drive. She said she hoped the community's help would also continue.

“If anyone else has desks that they would like to donate, or if you would like to donate your services because you know how to build desks, that would be greatly, greatly appreciated," she said. "That gives us an extended opportunity to help everybody."

The desk giveaway is Thursday from Noon until 3 p.m. at Clark Springs Elementary on Dance Street.

Richmond Public Schools families who need a desk can pick one up at that time.