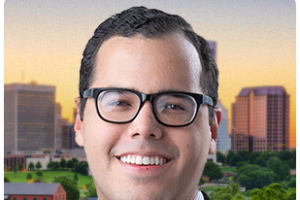 Brendan King is a reporter working for you during CBS 6 This Morning and the noon show since January 2016.

He is glad to be back in his home state after growing up in the Blue Ridge Mountains in Roanoke County.

Brendan worked in Roanoke at WDBJ as an intern for two summers.

After graduating from Virginia Tech, he moved to Greenville, N.C. to report for WITN.

He was recognized by The Radio Television Digital News Association of the Carolinas for a General News story about a Cuban-born who fought in Iraq, earned his US citizenship, and is now working to provide free dental care to the underprivileged.

During his career, Brendan has interviewed Governors, U.S. Senators, members of Congress, and presidential candidates.

He strives to report on news that matters to you and stories that can make a difference in the community.