Donations pour in for struggling animal shelter: 'It is like Christmas'

'To help us back at a time we need it, is very humbling' 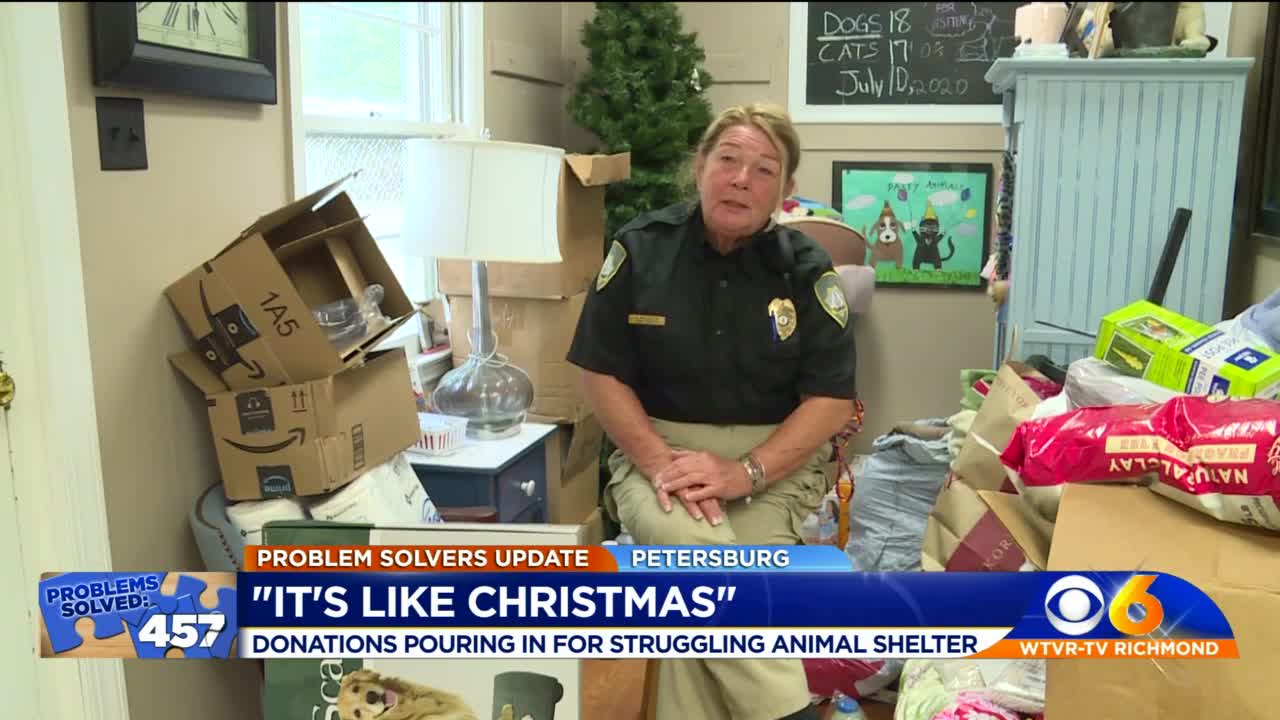 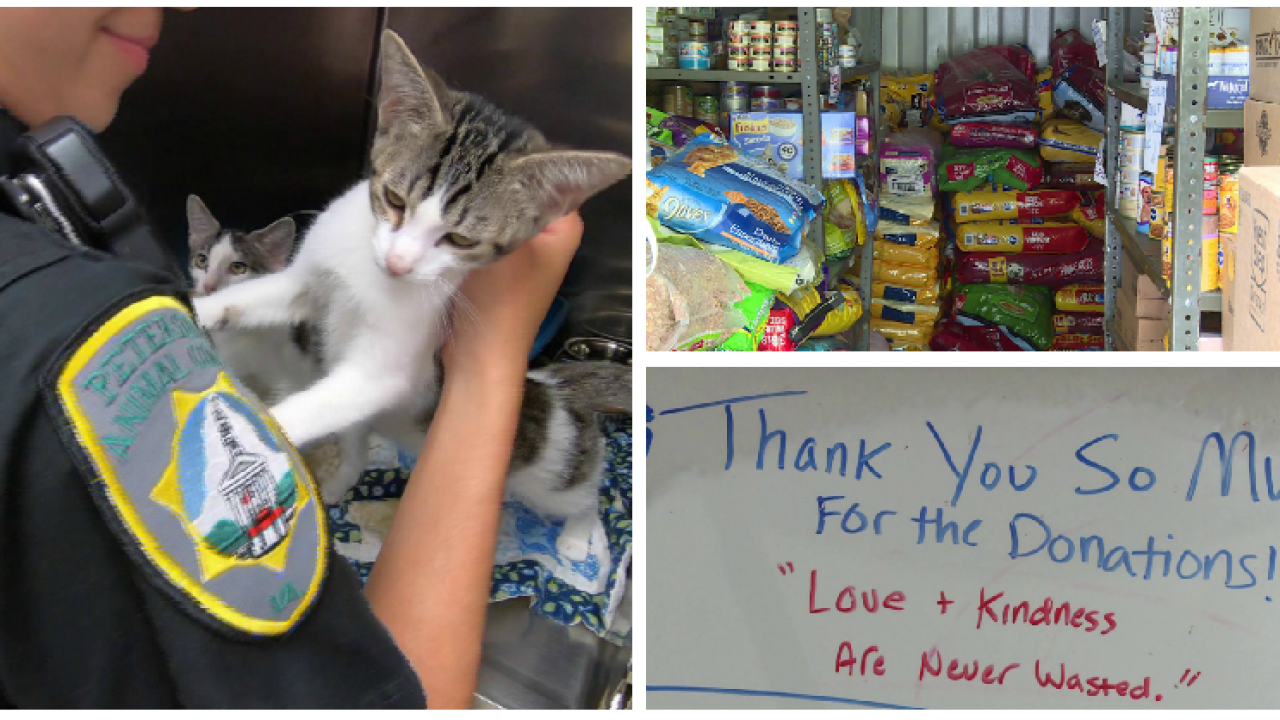 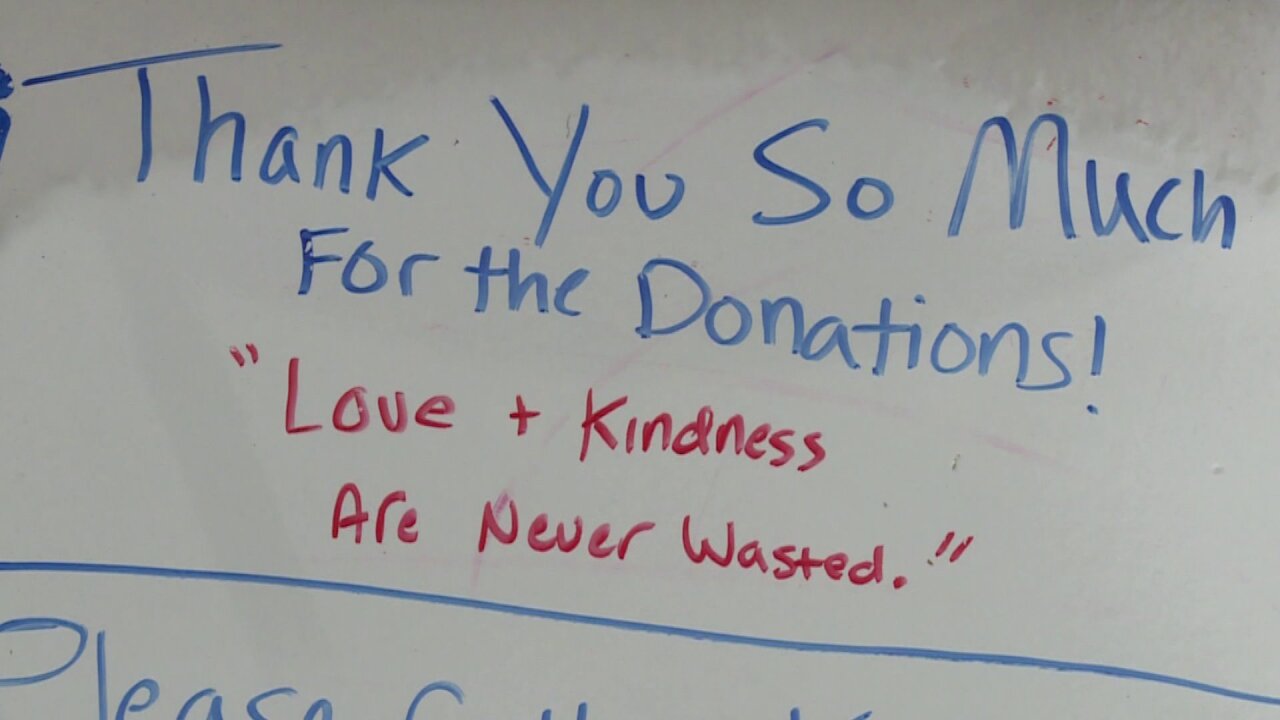 PETERSBURG, Va. -- An animal shelter in Petersburg that was in critical need of supplies just two weeks ago is now being inundated with food, litter, crates and other necessities.

"It is like Christmas," said Petersburg Animal Care and Control Chief Warden Debbie Broughton, who estimated the donations totaled more than $10,000. "The things folks are buying us are what we need, the products we need."

"We have a very small budget to do a whole lot of things with," Broughton told Covil. "And we're working hard to get all those bases covered."

Adams was grateful by the outpouring of love for the animals.

"We work so hard here... and sometimes we even have to reach in our own pockets for things," Adams said. "So it's nice to see a community come together."

Truck loads of packages, many from Amazon, have arrived while other donations have been dropped off in-person.

"I brought paper towels, trash bags, the galvanized crate, some wet cat food and I have set up a monthly donation for dry dog food," Nichols said.

Broughton said was touched by the response.

"We try to do a good job and take care of these animals and our public, the people that live in Petersburg, and we're proud of that," Broughton said. "For them to step up to the plate to help us back at a time we need it, is very humbling, very humbling."

The shelter has received a wide range of supplies, including three vacuum cleaners, which workers said they desperately needed.

Donated detergent has also been a blessing for the shelter, which averages between 12 to 15 loads of laundry a day.

Donations can be dropped off at the Petersburg Animal Care and Control shelter at 1600 Johnson Road.

Monetary donations must be made at Disputanta Animal Hospital, which is located at 8401 County Drive.