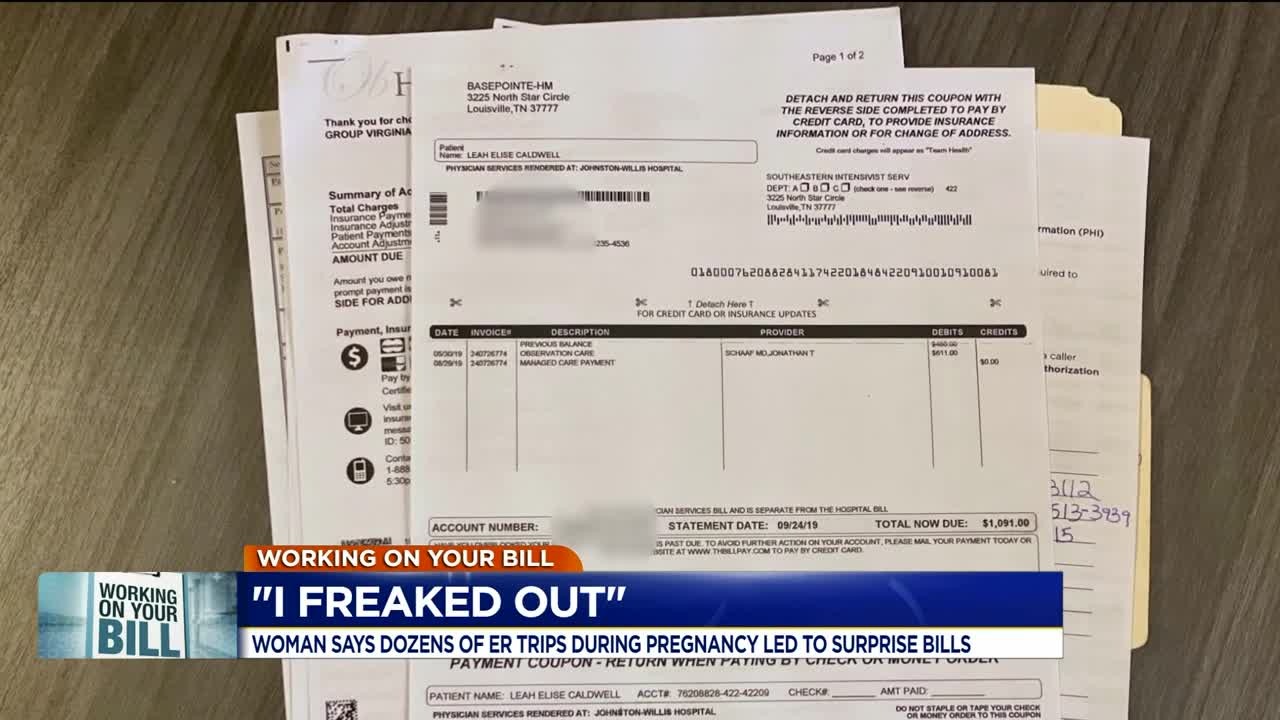 The relief of delivering her son in December was short-lived for Leah Matthys of Chesterfield. 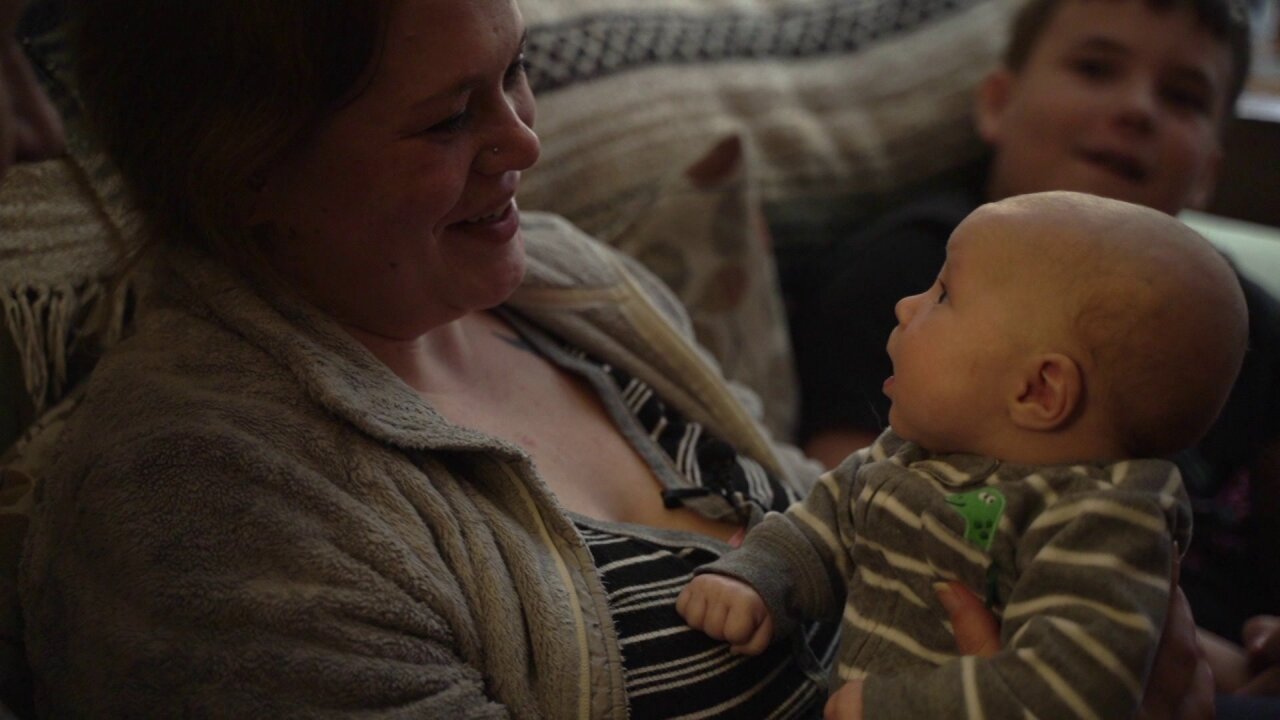 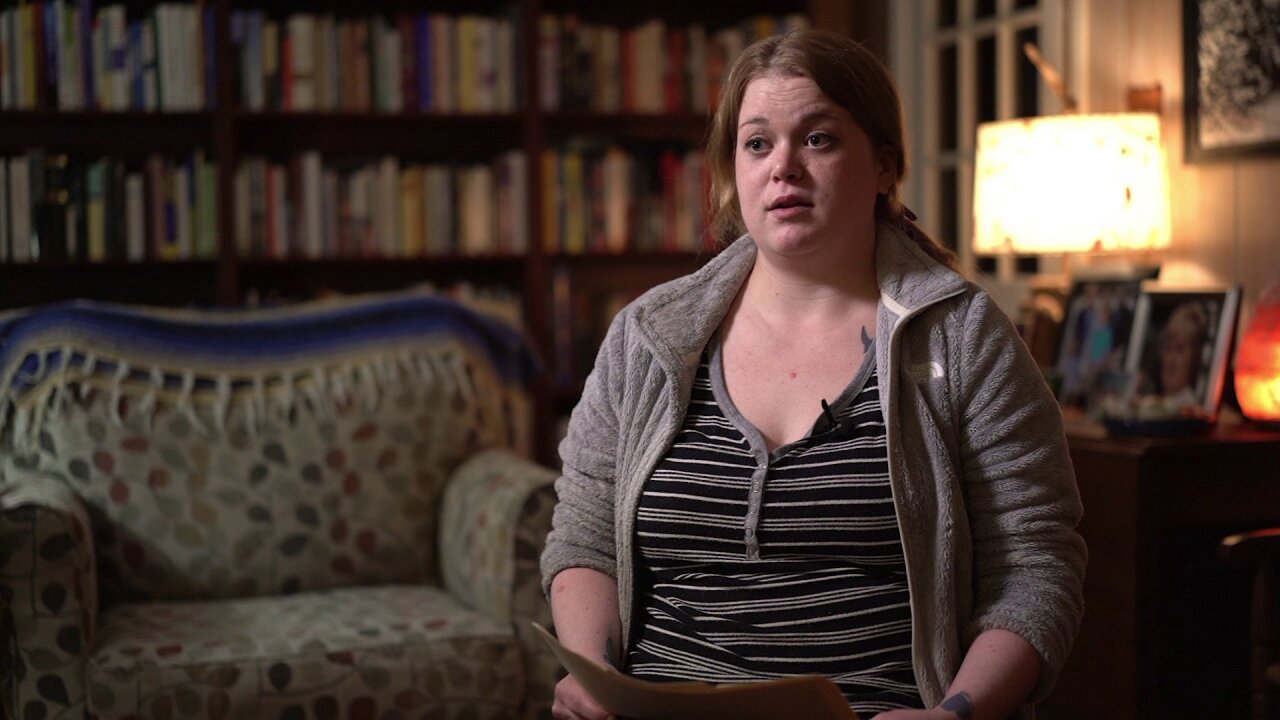 CHESTERFIELD COUNTY, Va. -- The relief of delivering her son in December was short-lived for Leah Matthys of Chesterfield.

“I freaked out,” said Matthys of the thousands of dollars in medical bills she received following a complicated pregnancy.

Matthys was forced to medically withdrawal from her final semester of college due to hyperemesis gravidarum, a rare condition in expecting women that causes extreme nausea and vomiting.

“It was a gut-wrenching pregnancy,” Leah’s mother, Betty Caldwell, told the Problem Solvers. “She would become so dehydrated that it was dangerous.”

Matthys made dozens of trips to emergency rooms in 2019 and was admitted to the hospital multiple times for treatment. Still, she lost 26 pounds in her early pregnancy despite taking multiple medications to control the vomiting. The experience was unpleasant, and as it turns out, expensive.

“It wasn’t until much later that bills started coming in from places we had never heard of,” said Caldwell.

Among the charges: $1,708.20 from Southeastern Intensivist Services, $264.89 from OB Hospitalist Group, $238.92 from Forward Pathology Solutions, LLC, and $417.80 from an individual doctor Leah does not remember seeing.

All of those bills came long after Leah met her out-of-pocket maximum for the year with the Cigna insurance policy she purchased on the healthcare exchange website. Each provider treated Leah at a Hospital Corporation of America (HCA) facility considered to be in-network by Cigna.

Caldwell tried to assist her daughter in sorting the bills and understanding what happened. She found her daughter was a victim of balance billing and filed appeals to Cigna for more coverage. Those appeals were denied and an HCA Patient Advocate told her they could not offer assistance.

The Problem Solvers worked on Leah’s bills and helped her save about $1,500 but there are still more than $1,100 in outstanding balances.

“I don't want to not pay them and have it end up on my credit,” said Leah who has been unable to return to work as a bartender during the coronavirus outbreak. “But I don't have the extra money to pay them.”

The General Assembly passed legislation that would protect Virginians from situations like Leah’s in the future, but it has not been signed by Governor Ralph Northam. The Problem Solvers sent multiple emails to the Governor’s Press Secretary asking when a decision might be made on balance billing protections. We have not received an answer.

“We are sorry to see that the patient was inconvenienced in any way. At this time, the patient has no balance due to the hospital. The outstanding amount with her insurance carrier is actively undergoing appeals. We remain dedicated to serving our patients and are committed to assisting with individual matters until they are fully resolved.”

Cigna spokeswoman, Courtney Nogas, told the Problem Solvers they encourage customers to reach out to a physician’s billing office and try to negotiate a lower price.

Cigna’s statement continues, “Unfortunately, not all physicians practicing at an in-network facility agree to be part of our network. Sometimes they choose to bill patients directly for the higher amount not already covered by the patient’s insurance plan. This is known as balance billing, and it can cause financial distress to patients, particularly in emergency situations.

Our customer advocacy team has reached out to Ms. Caldwell directly, and is working one on one with her on all the claims and to provide her with detailed information on any remaining amounts she may be responsible for under her plan. We also encouraged her to work with the Karis Group – an outside organization that helps individuals negotiate medical bills at no additional cost to our customer.

Our customer advocacy team will continue to work with Ms. Caldwell to provide assistance and answer any questions about her benefits plan.”

The Problem Solvers have helped viewers resolve more than $81,000 in unexpected medical bills. If you received an unexpected bill, click here to send us as many details as possible.

CBS 6 News is working on your bill. Click here to email a tip to the CBS 6 Problem Solvers. Be sure to leave us your name, phone number and detailed description of the problem. You can also leave a message by calling 804-254-3672.