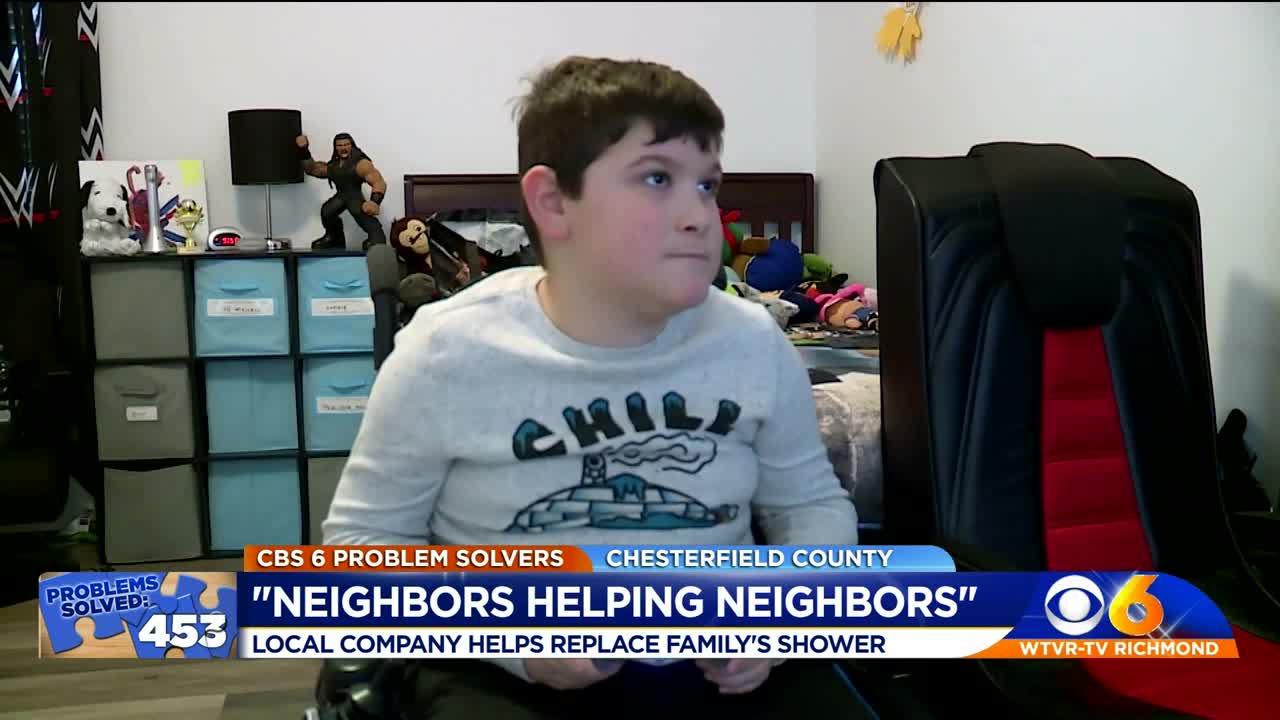 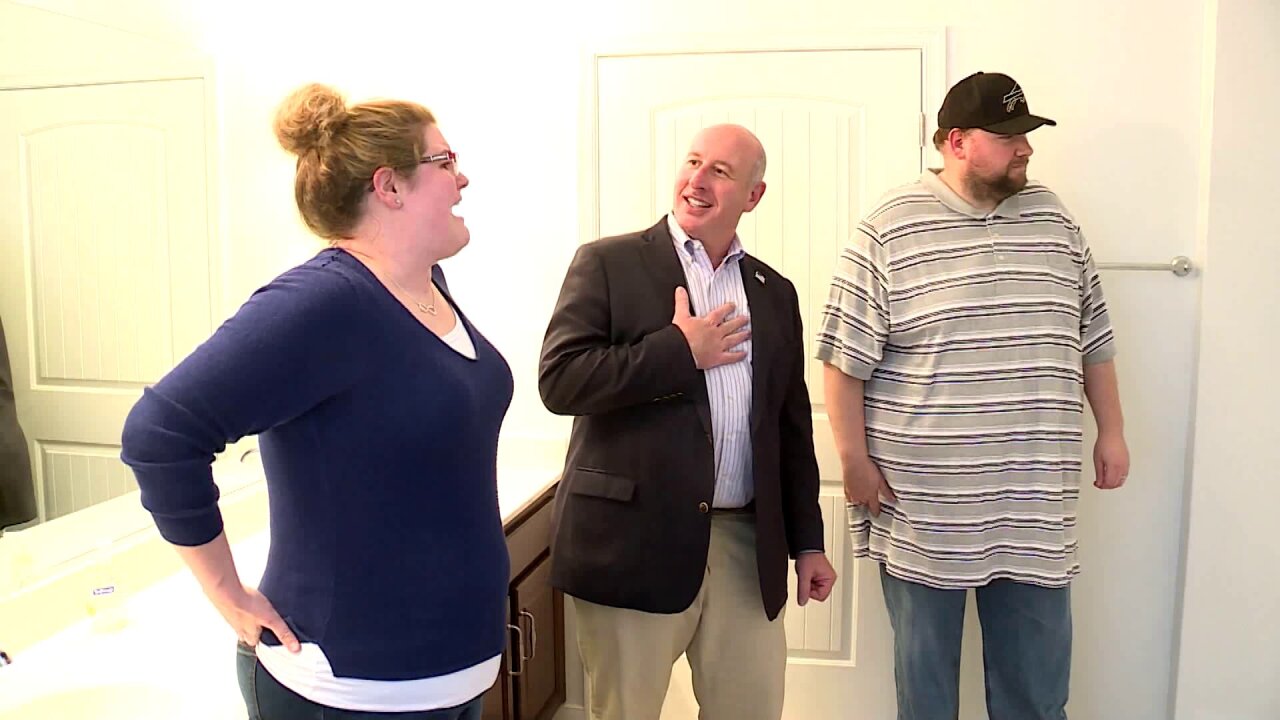 CHESTERFIELD COUNTY, Va. -- Playing video games with his brother and hanging out with his family are some of the favorite things Brennan Ogburn loves to do.

They are cherished family moments for parents Robert and Erin. They know how precious each moment is because of the battle their 8-year-old fights every day with Duchennes Muscular Dystrophy.

Erin says it's one of the most aggressive forms of the disease. Things are tougher these days as Brennan gets bigger and relies on his wheelchair more. That makes simple tasks like getting into the shower impossible.

"Getting in the shower, he can’t step over the shower and now he’s to the point where he falls a lot," Erin explained.

His wheelchair wouldn’t fit, and the family needed to revamp their shower to accommodate it.

It was a fix they thought would be covered by insurance, but they hit a brick wall when they couldn’t find an in network contractor for months.

When friends reached out to the CBS 6 Problem Solvers, we enlisted the help of Mr. Fix It.

President Mark Binshtok and his team jumped in. He says his company is celebrating working in the metro Richmond community for 50 years and he didn't think twice about giving back when he heard about the family's plight.

"This is all about neighbors helping neighbors," Binshtok said.

His production Director Jason Bosher said he's glad Binshtok allowed them to work on this project.

"We work for a community that has been good to us and to have this opportunity to give back is awesome," Bosher said.

Brennan's parents are blown away by the generosity. The news of the company stepping in to help, brought Erin to tears.

"They really care. It shows that they do. People don't realize how hard it is for a kid like him. It is hard to raise a child like him,” she explained. “You try to figure out things on your own. You try to maneuver things and you say am I doing this right? Am I doing that right? He's only 8, so he is going to get bigger and it is going to get more challenging but we are just going to have to take steps as they come.”

"You have your ups and your downs. We are just glad to help pick them up, and give him a safe shower to use. Everybody deserves that," Bosher added.

Not only did Mr. Fix It workers revamp the Ogburn's shower, Binshtok tells us the product manufacture Jacuzzi also pitched in and generously donated a large portion of the materials.

"It’s the best brand in our industry, Jacuzzi. We are thankful for their contribution. All of the materials we used here-- Jacuzzi walls and Jacuzzi shower pans. We came in and removed the old stuff and started over. We put in the new shower and made it bigger," Binshtok explained.

From start to finish the job took 4 days. The Ogburns are very thankful for the act of kindness. They say the biggest benefit is knowing how much independence this will bring to their son.

"It’s very important because one day I know I’ll have to do everything for him, so what independence we can give him now, I want to give him," Erin said.

"Our son is going to benefit from the new shower and have the flexibility of getting in and out. For him to have easy access is important,” Ogburn said. “To know it's his shower and he doesn't have to worry about falling as he's getting in and out is great. So, just being comfortable will be nice for him. It took the burden off of us. I just can’t tell you how appreciative we are to Mr. Fix It."