Why a Henrico woman with COVID-19 has yet to get her unemployment benefits: 'This is extra stress' 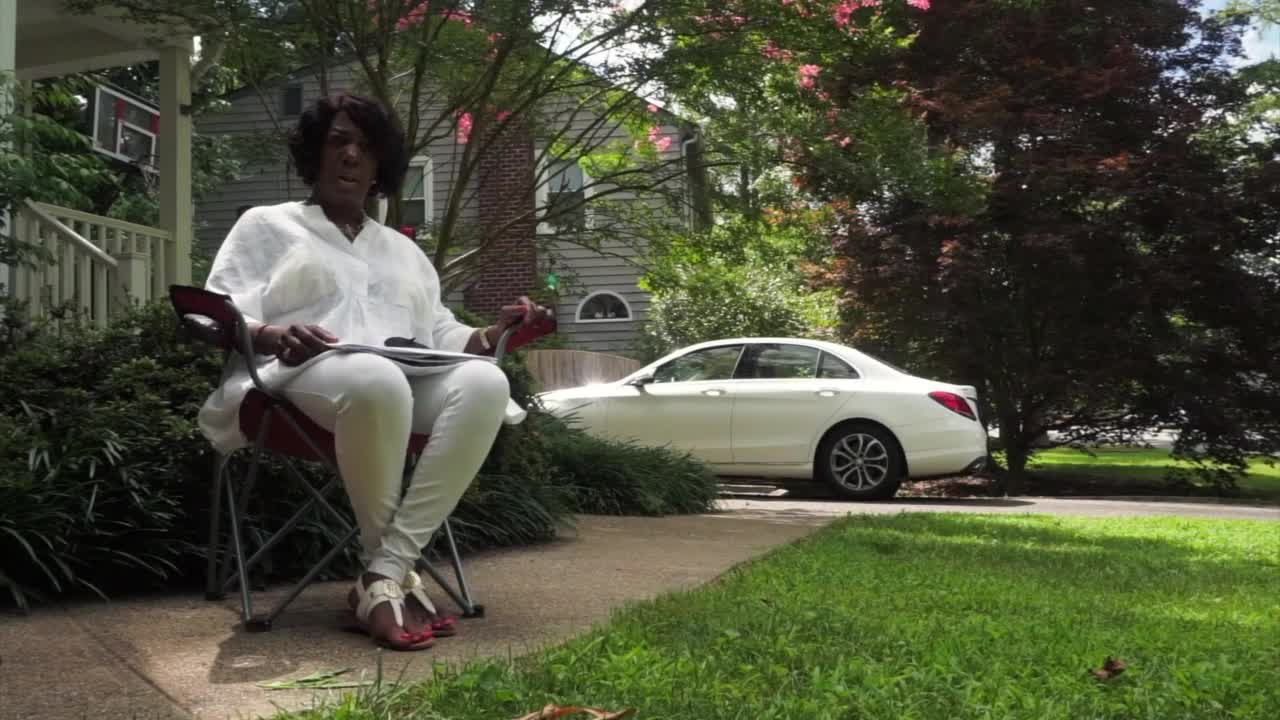 Crystal Leonard needed some extra spiritual fuel recently, so she looked to her church, St. Pauls Baptist Community Church in Henrico's East End for help. The Henrico mother of two, who is immunocompromised, was diagnosed with COVID-19 exactly one month ago.

The Henrico mother of two, who is immunocompromised, was diagnosed with COVID-19 exactly one month ago.

"It hits you like a ton of bricks," she said.

Leonard's condition meant she could not work, so she applied for unemployment over the phone.

The Virginia Employment Commission told her she qualified, but 30 days later she has yet to receive any funds.

She said she tried to call for answers, but "what would happen the first two weeks is I was going on hold through the automatic system, and then after holding an hour the phone would automatically drop."

CBS 6 watched her call the VEC and listened as she went through the automated system only to be told to "please try your call again later" before the call dropped.

Finally, after numerous attempts, she got through.

"That's when the lady said there was an issue with my claim. I said what kind of issue? She said did you voluntarily leave your job? I said no because of medical reasons, I have COVID-19, and I'm out of work," Leonard said.

As it turns out, the VEC put Leonard's claim under "voluntary quit/leave of absence from work."

VEC spokesperson Joyce Fogg said that is what they do with people applying because they have COVID-19 and cannot work.

Anytime that box is checked it triggers an investigation before benefits will be handed out.

"That's what really puzzled me and bothered me because I'm like, if I have COVID, and I'm out on medical, why is it seen as voluntary leave?" Leonard said.

The issue put Leonard's request into a pile with roughly 60,000 other claims with issues, meaning the VEC had to investigate her claim by interviewing her, and her employer, before moving forward.

H Marty Wegbreit, the head of litigation for Central Virginia Legal Aid, said the VEC told him and other attorneys back in April that people like Leonard should go into another bucket so they get funds immediately.

"If a person can't work because of COVID-19, for whatever the reason...what they ought to check is lack of work," Wegbreit said. "This sets up the claim for payment, even before the employer returns the Report of Separation and Wage Information. However, if the returned report sets up an issue on the case, benefits will be suspended."

Leonard said she believes the process should be easier, especially for those who are sick.

"This is extra stress, I'm trying to fight for my life over here, and now I have to worry if I'm getting unemployment or if I'm able to pay my bills," Leonard said.

While it is unclear if Leonard's employer contested her claim, that is the case with the majority of claims that have been red-flagged.

"The system doesn't have to do that, the system can be changed to spread those costs more evenly and fairly and that may be something that will happen in the future, but it's not happening now," Wegbreit said.

Until that happens, Crystal Leonard is taking her pastor's advice to give it to God, and trying to stay positive.

"I said to myself I'm going to beat this thing. I felt like with them [the church] and my family and all it just gave me the extra strength to get through this time," Leonard said.

VEC officials said there is no bypassing a state statute that mandates all claims with issues be adjudicated.

They have also said they have increased staffing to help process these claims with issues faster.