CHESTERFIELD COUNTY, Va. -- Chendrea Cooper said recent heavy rainfall continues to back up storm drains and cause flooding outside her front door at the Crystal Lakes Townhomes in Chesterfield County.

“The water actually comes up to here on my foot. When it rains the mud slides down the hill," Cooper said. “It’s very hard to get through it without slipping and sliding and getting our feet wet basically. It’s been going on since I lived here.”

Cooper, who has lived at the complex on Meadowdale Boulevard for three years, sent pictures of the flooding to the CBS 6 Problem Solvers.

Those photos show a pool of standing water in the parking lot. Cooper worries about her three-year-old son wading through it.

“It’s dangerous... You can’t have them out here trying to walk through the water. We don’t even know what’s in the water," Cooper said.

Cooper said she complained to management on multiple occasions, who told her it was a landscaping issue.

Then, they told her there were waiting on a bid for the project to fix it.

“They haven’t let us know anything. They don’t update us on what’s going on," Cooper said

Property Manager Debbie Anderson said there is a current back up in the drainage system to a part of the complex and that they are working closely with the county to repair the issue.

Anderson said this has been an ongoing issue for eight months and not three years.

But insists they are hoping to solve it very soon.

That is a relief for Cooper.

“Honestly, it’s a great step because you guys getting involved means that they will actually have to do something," she said.

Chesterfield County has worked closely with Crystal Lake Townhomes on property maintenance matters for several years but was not involved in this particular drainage project.

“Upon seeing the story, the county reached out to the property manager, who confirmed that a private contractor had been hired for this project,” said Dave Goode, spokesman for Chesterfield County. 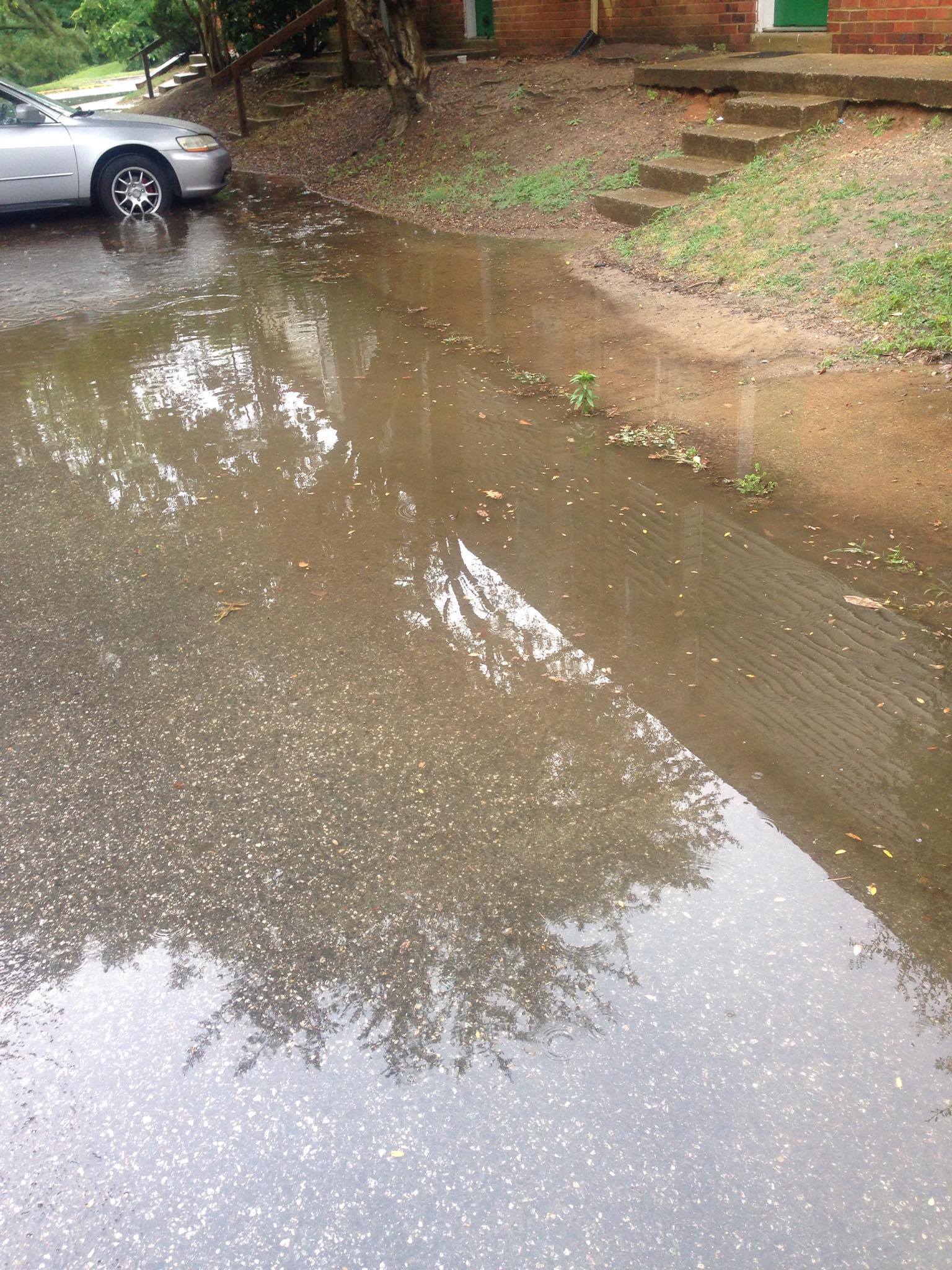