‘I entrusted him;’ Richmond woman turns to police for help with unlicensed contractor 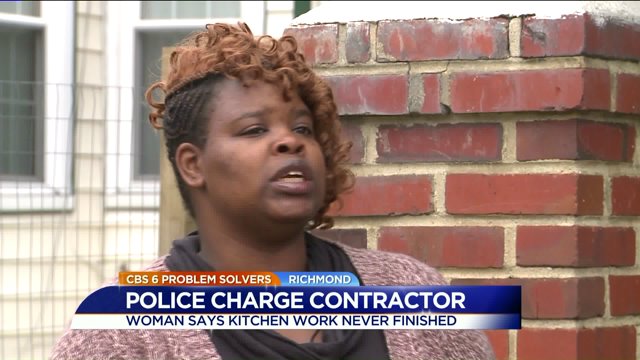 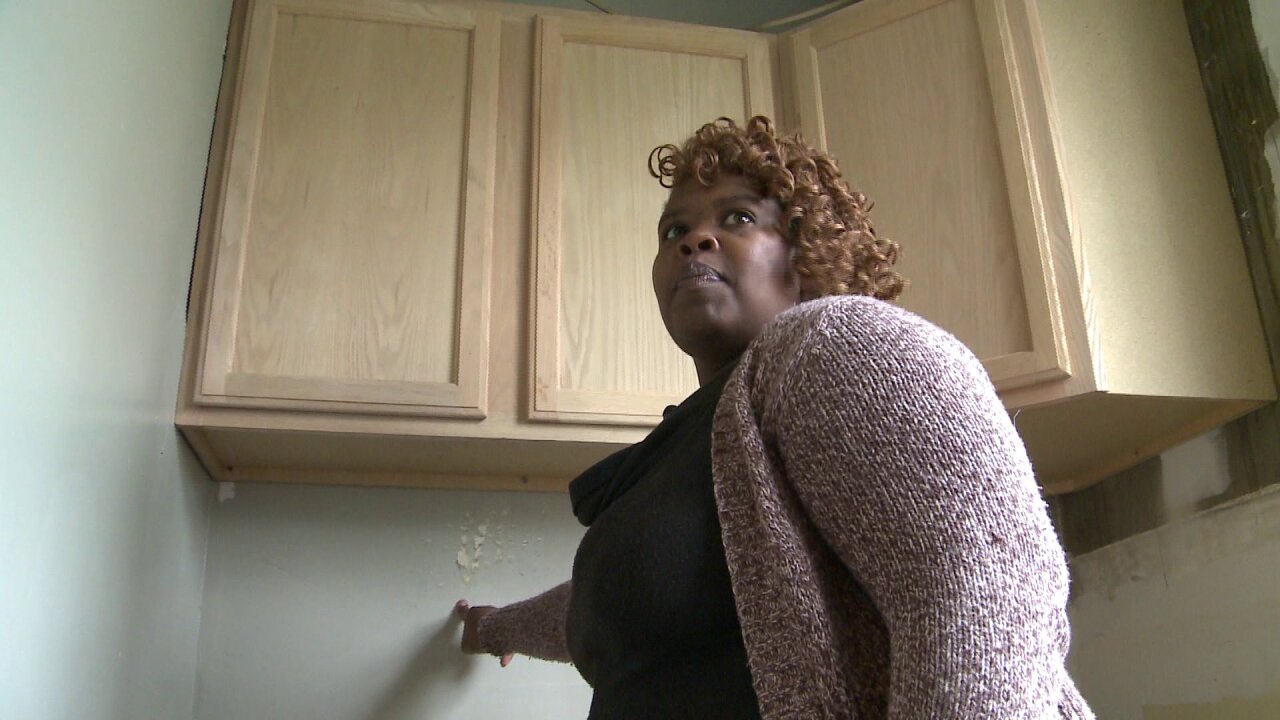 RICHMOND, Va. -- A Richmond woman went to the police after she said she was scammed out of $3,000 by an unlicensed contractor.

Felecia Whitaker said she spent years saving $5,000 to renovate her kitchen and bathroom.

She then turned to Facebook to ask her friends for contractor recommendations. An old friend, Kelly Johnson, contacted her and said he was a contractor and could help. In April she said she gave him $1,400 to start on the project.

“So I entrusted him and just went ahead and gave him the $1,400 to go and buy the stuff because he promised me by the time I got home at seven o’clock that evening my actual kitchen floor would be done,” Whitaker said.

Whitaker was weary of giving Johnson more money because he had failed to produce a contract, receipt or results, she said. He had merely taken her kitchen apart, she said.

In lieu of giving Johnson more money a few weeks later, Whitaker said she met him at a hardware store and bought $1,300 worth of materials for the project. But she later found out that the materials had been returned, she said.

“The Lowe’s people told me that the stuff, the items, had been returned,” Whitaker said. “I was so in shock because he kept telling me: ‘I have all your stuff. I’m going to bring your stuff to you. I got locked out of my storage, and I had to come up with the money to get the stuff out of the storage.’”

Whitaker then went to the police.

Johnson was arrested in June for allegedly taking more than $200 prior to starting a construction project and then never completing it, according to the felony warrant.

Johnson declined an interview but told CBS 6 that Whitaker had run out of money and that he was not going to work without it.

He does not have a contractor’s license and did not make a contract for Whitaker because he was simply doing a favor for an old friend, he said.

Another woman won a $1,000 judgment against Johnson in 2010, according to Richmond court documents. But Johnson told CBS 6 that he had won that case.

In the meantime, Whitaker said she hoped her story would encourage others to thoroughly research their contractors before hiring them. It will take some time to save enough money for the repairs to her home, but she will go to court in the coming months to try and retrieve her money, she said.