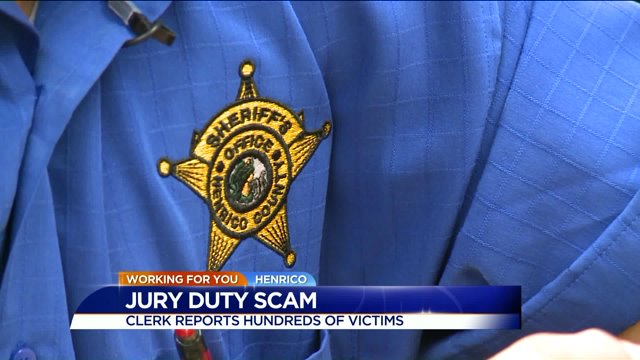 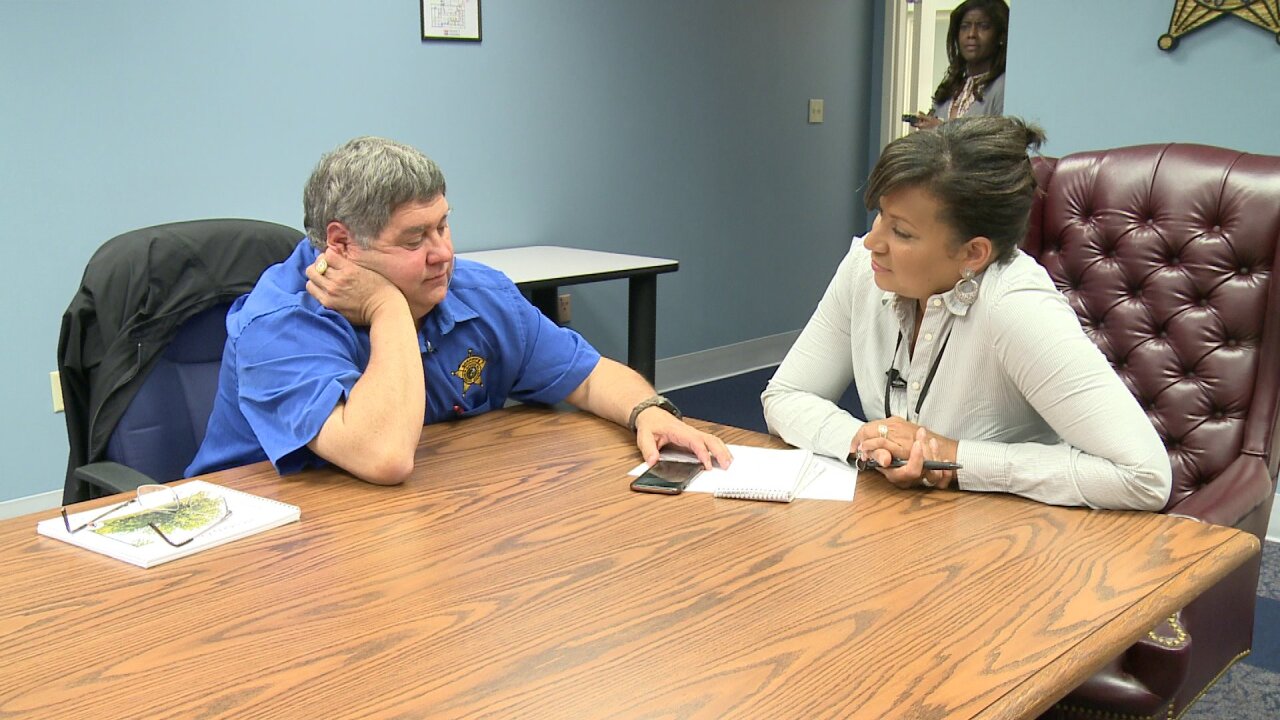 HENRICO COUNTY, Va. -- The Henrico County Court Circuit Clerk is revealing an alarming number of victims fallen for a scam where crooks are posing as deputies to rip off people who have been called for jury duty.

Smith deals with the public and their complaints, but this week her job required something else.

"They sent the cards. They sent the receipts. The numbers have been scratched off the back obviously given to someone,” she explained.

Smith, who thinks the victims have been tricked into providing the scammer with the pre-paid card information, said close to $15,000 of pre-paid cards with the receipts have been mailed directly to her office.

In one instance, Smith said she was shocked when a county resident shelled out $8,000 to the suspect.

"That's what sent me to do even more investigation trying to figure out what on earth is going on,” Smith said.

Law enforcement officials said the scammers pretend to be a Henrico County Sheriff's Deputy telling potential victims to pay a certain amount of money for failing to show up for a grand jury panel.

“'Thank you for calling the Henrico county Sheriff's Warrants Division on East Parham Road in Richmond.”

The second time a man answered the phone with Sheriff Mike Wade listening in.

She was placed on hold and then the man came back on the line saying she had to pay $1,900 -- and that there would be a warrant for her arrest if she didn't pay up.

That's when the alleged scammer instructed Jones to go to Kroger, buy a pre-paid card and bring that along with the receipt to the sheriff's office.

"Doesn`t it make sense for me just to go to the sheriff`s office to make the payment," Jones asked.

The alleged suspect told her that if she did so, she would be arrested when she walked into the sheriff`s office.

When Jones revealed that she worked for CBS 6, the man said he didn't care about Channel 6 and said he was making thousands of dollars everyday.

That's when Sheriff Wade got on the phone.

After that, the man blurted out obscenities and hung up.

“Under no circumstances, none whatsoever is money ever asked for from law enforcement from somebody to take care of a process,” Sheriff Wade said. “And law enforcement doesn't do that. "

Here's what Smith said to do if you are called for jury duty.

"You've already gotten a summons in the mail that says you will be on the list for this period of time. And the jury officer will call and say here's your day, and you come to court,” said Smith.

And if you can't come to court, call the jury officer to let them know the reason why. And you will be excused -- not told to pay a fine or be arrested.

"And that's why it's important to me that this get out, so that individuals know. Do not respond to these individuals,” Smith advised.

If you think you’re a victim of this scam, contact police immediately.