Petersburg woman upset after not being paid for jury duty: 'Nobody could tell me anything' 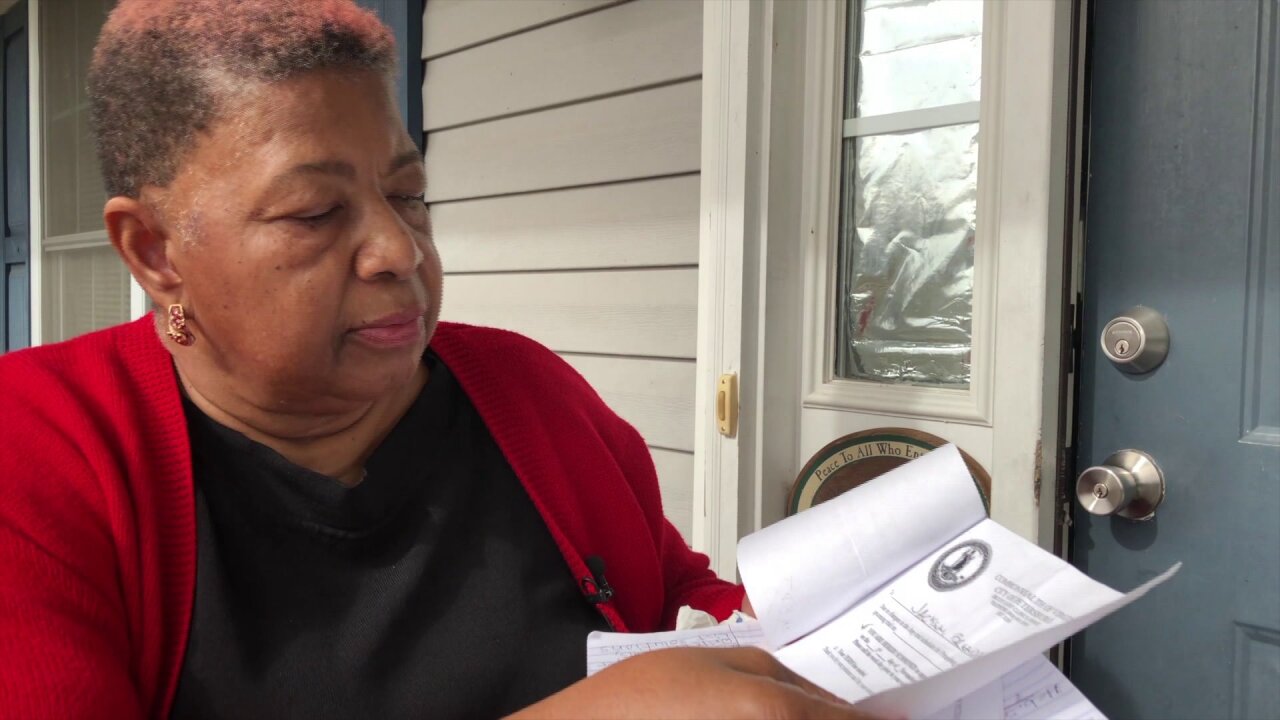 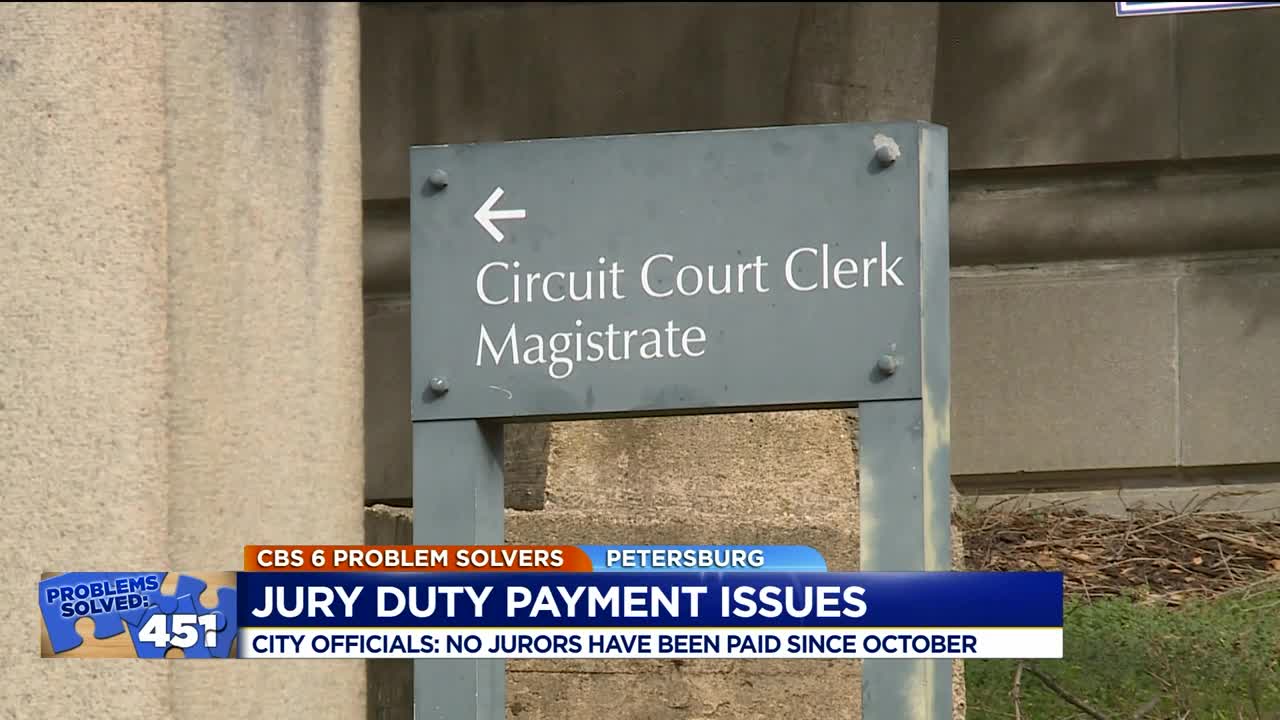 PETERSBURG, Va. -- Brenda Jackson says the moment she received a notice to serve on a Petersburg jury, she didn’t hesitate to respond. To her, it’s one of the highest civic duties she can perform.

“I think it’s the most important thing I’ve ever done in my life. I would take into consideration somebody else’s life and whether he would have his freedom or be put away,” Jackson added.

She shows CBS Problem Solvers paperwork with the three dates she says she served in October and November in Petersburg Circuit Court. It was a shooting case that she’ll never forget.

“The incident, it was awful. The person could have lost his life. It was a shooting. Multiple shootings and it involved young people,” Jackson added.

Jackson says months after her jury duty was over, she didn’t receive a paycheck. Recently, she said the city sent her one, but she believes she’s owed two other checks.

She says that as of January 2nd when she took over, an audit was done. She says the results indicated that none of the jurors in the city had been paid since October. Since then, her office has been working to get things caught up.

While Parham could not answer why the jurors hadn’t been paid since October, she had no answer and said she was still trying to understand it herself. She attributed it to poor management under the previous administration.

“I’ve never had any job where I didn’t get paid. Even, if I only worked one day. I don’t feel I’m alone in this. I called the city and spoke to different ones. They lied to me. They said they sent it out twice and then said they sent it out a third time. Mailman comes every day, but there’s nothing in my mailbox. Then, I was told we’re going to send it, and have it delivered right to your door,” Jackson explained.

She says the amount that she’s owed isn’t her biggest concern, but rather the lack of information she says the city provided when she reached out multiple times to resolve this on her own.

“I called back and nobody could answer my questions. I had questions and I know how to ask questions,” said Jackson. “Two months went by and no pay. I never got in touch with anybody who could satisfy my questions. Nobody could tell me anything.”

Now, Parham says she will contact Jackson directly and work with her to make sure whatever money she is owed, will be given to her very soon.

Since she has taken over, Parham says it’s taking about 30 days for jury members to get their checks.

Next week, she says the Virginia Supreme Court will begin a three day audit of their operations. She says her office plans to update and automate their payment system so her office can pay jurors directly.