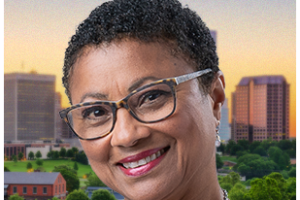 Antoinette Essa joined the CBS 6 family in September of 2009, as a reporter for the “A-List”, a segment featuring events in and around Central Virginia. In addition, she does daily blogs for WTVR.com/Alist and on social media.

Antoinette’s experience spans over thirty years of working in Radio, Television, and Cable in the Richmond area but started her Broadcast Career in Monrovia, Liberia, West Africa, where she was born, she moved to the United States in 1977.

Antoinette has been widely recognized for her volunteerism in the RVA community for El Juguetazo-Three Kings 15th Anniversary, the “New Shoes for Back to School”, “The American Red Cross”, “Making Strides Against Breast Cancer”, “The Virginia Jazz Award” and many others.

In 2019, Antoinette fulfilled a lifelong dream, she graduated with a Master of Divinity Degree from the Samuel DeWitt Proctor School of Theology at Virginia Union University in Richmond, Virginia.

You can see Antoinette’s A-List segment Wednesdays through Fridays on the CBS 6 News at 7 p.m. and on CBS 6 News Saturday Morning from 6 to 8 a.m.