Historic Richmond Masonic lodge opens it doors, addresses some of its mysteries 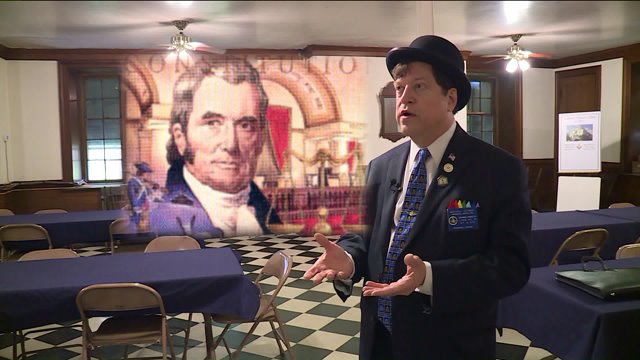 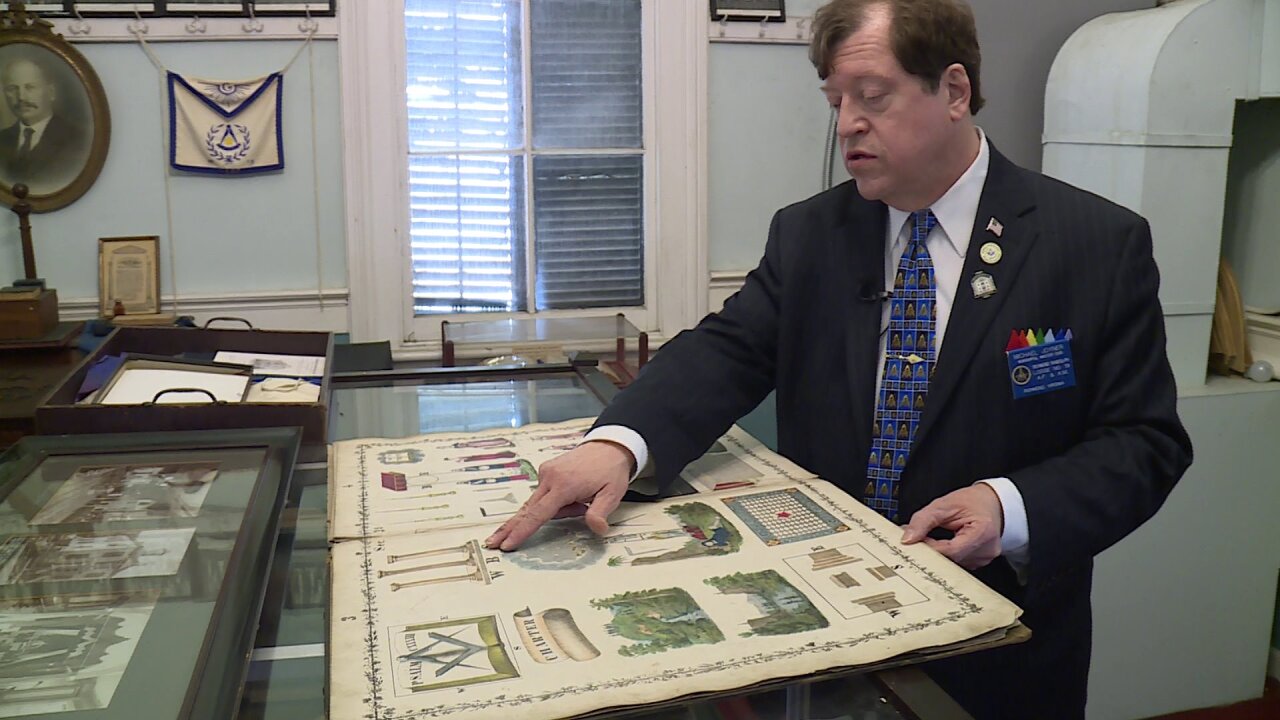 RICHMOND, Va. -- It is among the very oldest buildings in Richmond.

And likely, the most mysterious.

Construction on the Masonic Lodge "Richmond Randolph Lodge #19" on E. Franklin Street at N. 18th Street in Shockoe Bottom began in 1785 and was finished in 1787.

It is believed to be the oldest existing Masonic hall in continuous use in North America, if not the western hemisphere, members said proudly.

"This is very much a national - and international - treasure," said Senior Warden Charles Hundley.

This list of member Masons - and special guests - who have been inside these walls is long and prestigious. Former Supreme Court Chief Justice and Secretary of State John Marshall was a signature member and had an office inside the building.

King Edward VII, the Prince of Wales, and the Marquis de Lafayette have been among international visitors.

Locally, "Some of the most important people in the history of Richmond have been in this building, and many of them were members," said Michael Joyner, Worshipful Master of this historic hall.

And now, they're opening their doors so non-Masons can get a peek at this largely secret society that has become a pop culture sensation of sorts, thanks to a long list of books, TV shows and movies building on some of the history and conspiracies surrounding the Freemasons.

It's part of a wider push by some lodges across the country to open their world to curiosity seekers and potential new members.

Since the Middle Ages, the Freemasons have been a powerful force, and a mysterious one.

The roots go back some 4,000 years, when the skills of stonemasons - the oldest trade - were critical.

Those with the highest powers and knowledge could identify themselves with certain words and symbols.

The practice would come to encompass those who had knowledge and skills of the building blocks of societies and governments.

Our first president and 13 others were Masons. (The only one among this year's crop of candidates was Jim Gilmore.) Many of the leaders in business (Henry Ford) and law enforcement (J. Edgar Hoover) were Freemasons.

The secretiveness, the historic power, has long invited links to the occult, the Illuminati, hidden treasure, world banking and the New World Order.

Joyner said the collective power that the Masons wielded was more significant in the 18th and 19th centuries, and many of the conspiracies involving the occult are based on people's imaginations running wild because of the secret nature of the group.

"You have to believe in a supreme being," he said. "There are no atheists . . . A lot of masonry is about not only the mortality of man, but the immortality of the soul. Basically, masonry is a spiritual journey."

It's been about growing as an individual and collectively growing the nation. "There was a vision of having a country that was freer than what they left in Europe," Joyner said while giving us a very detailed and surprisingly candid tour of the building and many of its rare artifacts and documents.

This particular lodge, which is growing and now has more than 100 members, is building and banking on its history. It has attracted new members at a time when many fraternal organizations are seeing their membership’s age and decline.

The building also has some structural problems and is in need of expensive rehabbing, so they're asking for help.

"There's a lot of activities associated with the founding fathers and important people, not only within the city of Richmond, but internationally, that came through this building," Hundley said.

He said when the Union troops came in after the burning of Richmond at the end of the Civil War, this Masonic Lodge was one of three buildings that were guarded and protected.

"The next night a regular lodge meeting was held," Hundley said. "Members of the Union army were present as Masons."

You too, can have a look through this historic and fascinating building filled with the symbols and structures of Freemasonry.

The next open house is Saturday, June 18, with two showings of "Eliza Poe in Performance," recreating Edgar Allen Poe's mother's dramatic and musical performance in the lodge. Tickets can be bought at the Poe Museum or at the door and will benefit the Masons Hall Preservation fund and the Richmond Poe Museum. For more information about the building click here.