CHESTERFIELD COUNTY, Va. -- Alice Waller lost count years ago of just how many times she has poured over the paragraphs written on a three page note by her brother she hasn’t seen in 50 years, Lee Dufford Harley, affectionately called Duff.

“It was a thrill for me to get a letter from him,” said Alice Waller from Chesterfield. “After a while when it’s been awhile. It is just really difficult to read (the letters).”

Danville native, Lee Dufford Harley, was born in 1940, with a penchant for serving his nation and others.

Steve Turner recalled his best friend as always dreaming of a career in the cockpit.

“I had aspirations to go to sea. Dufford to fly,” said Turner.

Duff’s path toward his goal took him through ROTC at VPI and ultimately the Air Force.

“He was certainly a patriotic young man,” said Turner. “He wasn’t afraid to try something new.”

The future officer swept Patricia Patton off of her feet at a college dance.

“He was just exactly what I thought a man should be,” said Patton. “We got married Easter weekend on March 31, 1961.

But with winds of war howling in a distant place called Vietnam, Patton and Duff’s time together would be short-lived. Duff was ordered overseas in January 1966.

“He’d been taught God and country since he was little,” said Patton. “He felt duty bound to serve his country.”

Duff’s younger sister rode with him to the bus station. An unsettled Alice bid farewell.

“I remember thinking what do you say to a person you will never see again,” said Alice. “Never thinking that that was going to happen, but I cried all the way back to school.”

At the airport Patton tried fighting back tears.

“It was very difficult. Still is,” she explained.

In Vietnam, Duff was tasked with a treacherous assignment. As a Forward Air Controller Duff flew an unarmed, slow-moving Cessna into enemy territory serving as the eyes and ears for jetfighter pilots. 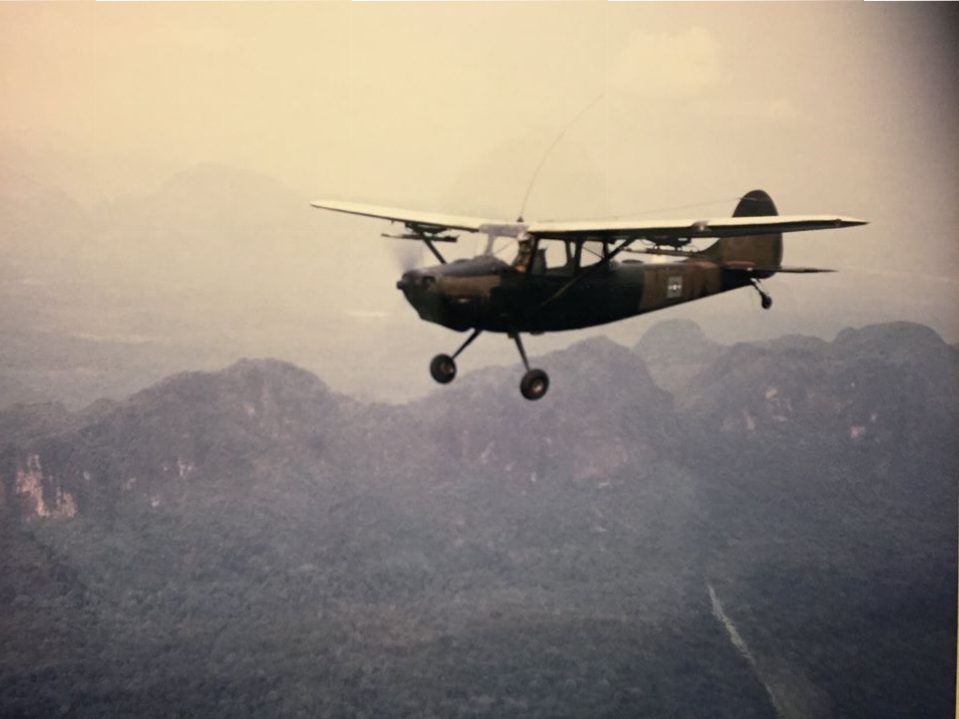 Despite numerous close calls Duff relished his role in the sky.

In a rare recording, uncovered after sitting silent for decades, Duff described life in southeast Asia in the audio message he would send home to Virginia.

“Right now it looks like I’ll be over here for the whole rest of my tour and it will suit me just fine. I find this to be a very interesting place,” he said.

But Duff said he could do without the stifling heat that rivals summertime in Virginia.

“It is coming up on three o’clock and I checked the temperature it was 110 degrees.”

Just five days after making the audio tape on May 18, 1966, Duff took off for yet another perilous mission. Somewhere over the border shared with Vietnam and Laos enemy fire slammed into his plane. Duff would crash into the dense jungle below. Search parties were dispatched without success. The 26-year-old pilot went missing.

“We all assumed the worst,” said friend Steve Turner. “I had wept when I had realized what had happened.”

In Danville, word reached the Harley household. Still, with no confirmation of Duff’s death, loved ones prayed that he survived, possibly taken prisoner.

“All we knew was that his plane had gone down,” said Alice. “We didn’t know exactly what we were grieving for.”

But in 1975, at the end of hostilities, reality sunk in. Their pilot, husband, big brother and friend was not coming home.

For half a century the family of Lee Dufford Harley have endured the unthinkable. Losing a loved one without a body to bury or mourn.

According to the Pentagon, Duff and more than 1,600 soldiers, sailors, Marines and airmen are still listed as Missing in Action in Vietnam.

On a sloping hill inside Arlington National Cemetery, under an aging tree in section “H”, at marker 203 surrounded by the fallen you’ll find a marble stone dedicated in Duff’s honor. But an empty grave sits below.

“It is very peaceful and you can sit there and enjoy the peace,” said his widow, Patricia Patton.

“He is with his military family. And that has been very helpful,” said his sister, Alice.

Fifty years later those who knew Duff still cling to a thread of hope his remains will be recovered.

Until they know what happened on that fateful day, Duff’s family will cherish his jacket, Purple Heart and their memories.

“All of us are getting old and Duff is still young. He is young. Forever young,” said his friend Steve Turner.

For Alice Waller one artifact means more than most. Duff’s final letter would arrive days after he went missing.

“It was very difficult,” said Alice, “but at the same time it was as if he was reaching out.”

All these decades later, it’s the last tangible link to her beloved brother.

“But it is really hard to believe that it has been 50 years,” said Alice. “Who would have thought it would have been this long and we still don’t have answers.”

Alice along with other families of M.I.A. travel to the Pentagon every June to learn the latest information on the search for unaccounted military personnel.

In 2008 the U.S. Air Force dedicated a memorial in Duff’s memory at Pope Air Force Base.