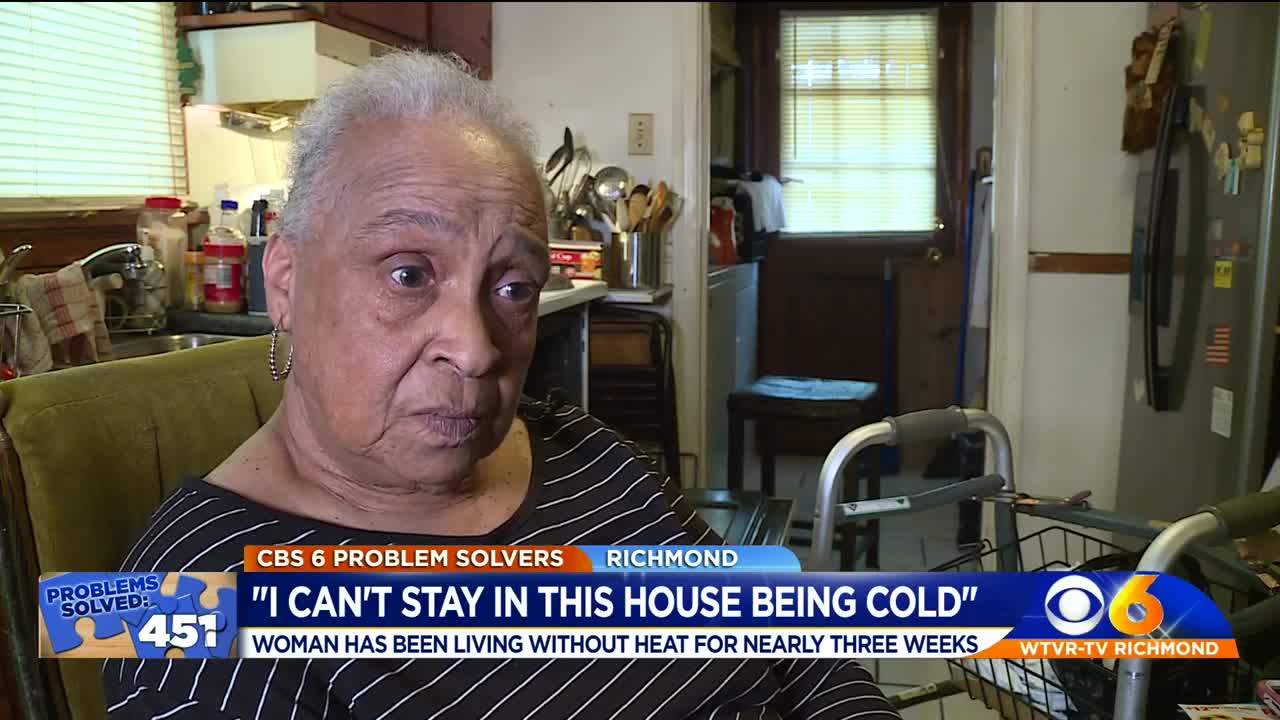 “I can’t stay in this house being cold,” said the 76-year-old Richmond woman. 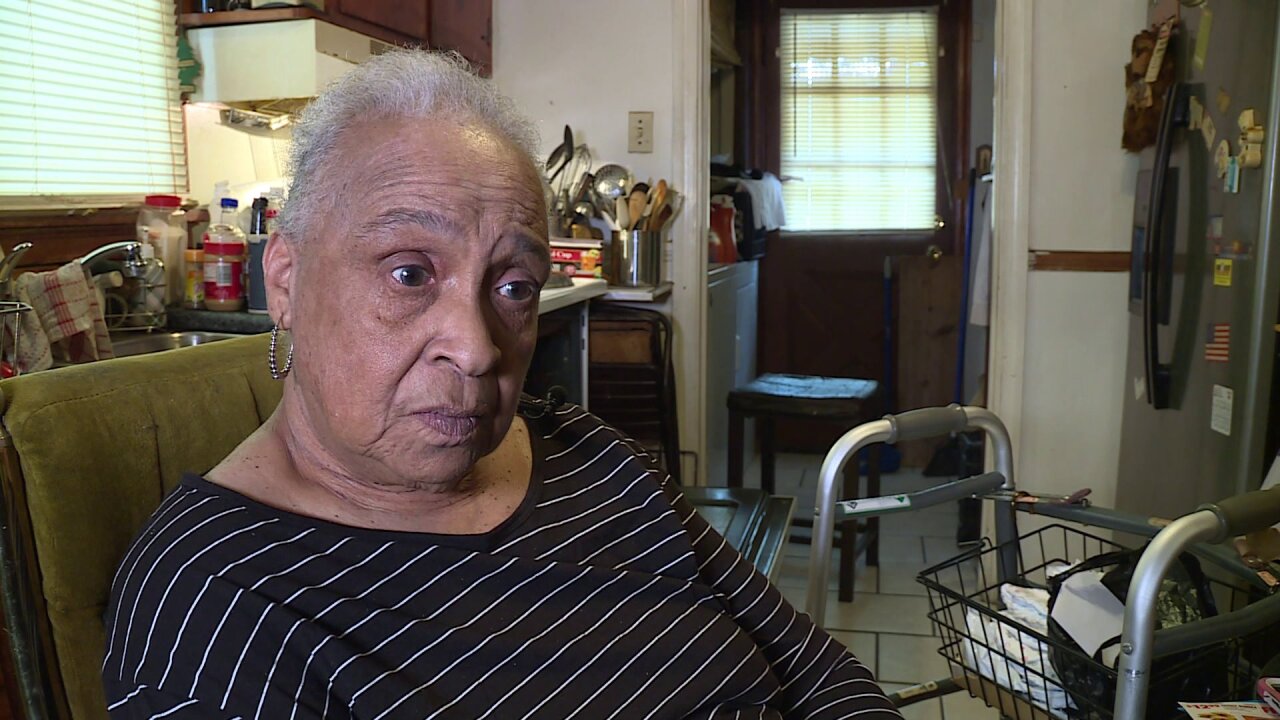 RICHMOND, Va. -- Frustrated, cold, and with no help in sight, a South Richmond woman reached out to the CBS 6 Problem Solvers.

“I had to call somebody. Somebody’s got to help me. I can’t stay in this house being cold” Isabel Aikens said.

For the past few weeks, her home of 37 years has actually been a miserable place for the 76-year-old woman.

She has struggled since returning from the hospital at the end of January, only to realize her heat was out.

Aikens said a call to her home warranty company led to someone coming out to check the furnace. That fix only lasted three days, she said.

She said next she contacted Dominion Energy who sent out an electrician to do the work. She explained that a service plan she paid for monthly covers certain issues.

The Richmond woman said she was hopeful when she found out Dominion Energy approved the electrician’s work order. She thought her heat would be fixed right away.

But after nearly three weeks of having no heat, she reached out to CBS 6 Problems Solvers, frustrated with her efforts to get the work done.

“Looks like that’s when everything started going left. Every time I called, they gave me an excuse. First, It was the work order and then it was the technician. But where is the technician coming from? China? On the slow boat?”

On her behalf, CBS 6 Problem Solvers contacted the electrician. He said he’d only been involved in this project for about a week or so.

He explained that Aikens’ home needed an electrical upgrade, a new panel box and that required a permit from the city.

We also spoke with Dominion Energy’s Samantha Moore about Ms. Aiken’s case. She said they understand how frustrating it can be when a customer doesn’t have heat. In this case, Moore said her repair involved multiple steps and they planned to send someone out to Aikens’ home.

“Work has to be done on the inside of her house upgrading the electrical and then the repairs can be made to the furnace so she has heat. We are working as quickly as we can to do that,” Moore added.

Aikens said a contractor did come to her home on Thursday morning. Though grateful for that, she’s still worried about the threat of snow, especially with her health ailments.

“It’s cold in here and I don’t need to catch a cold or pneumonia,” she said.

She knows safety-wise it’s probably not the best idea to crank her oven on high, leaving its door open all day, and running her space heaters in such a small area.

For now, she’ll take her chances and pray that a fix and warmer days will be here soon.

“I wake up all during the night. Looking, listening and making sure everything is alright,” Aikens said.