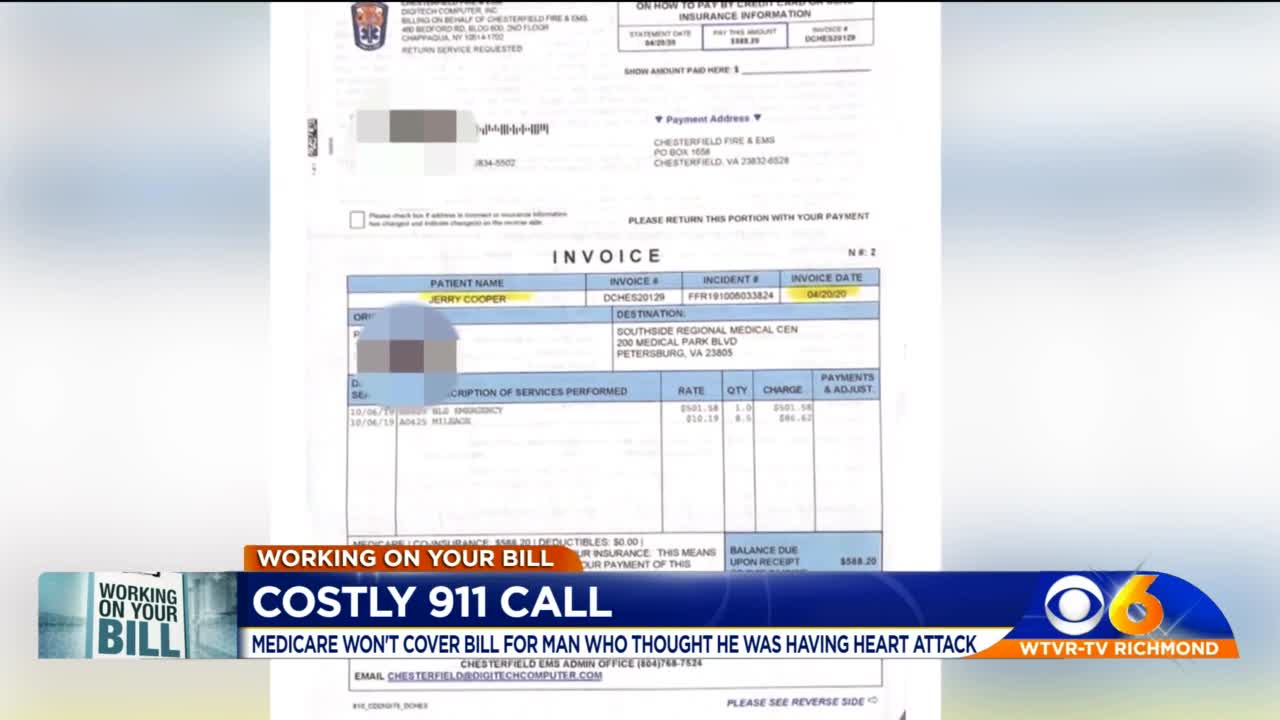 A retired widower had good reasons to think he might be having another heart attack last fall. When it turned out he wasn’t, he got stuck with an almost $600 ambulance bill. 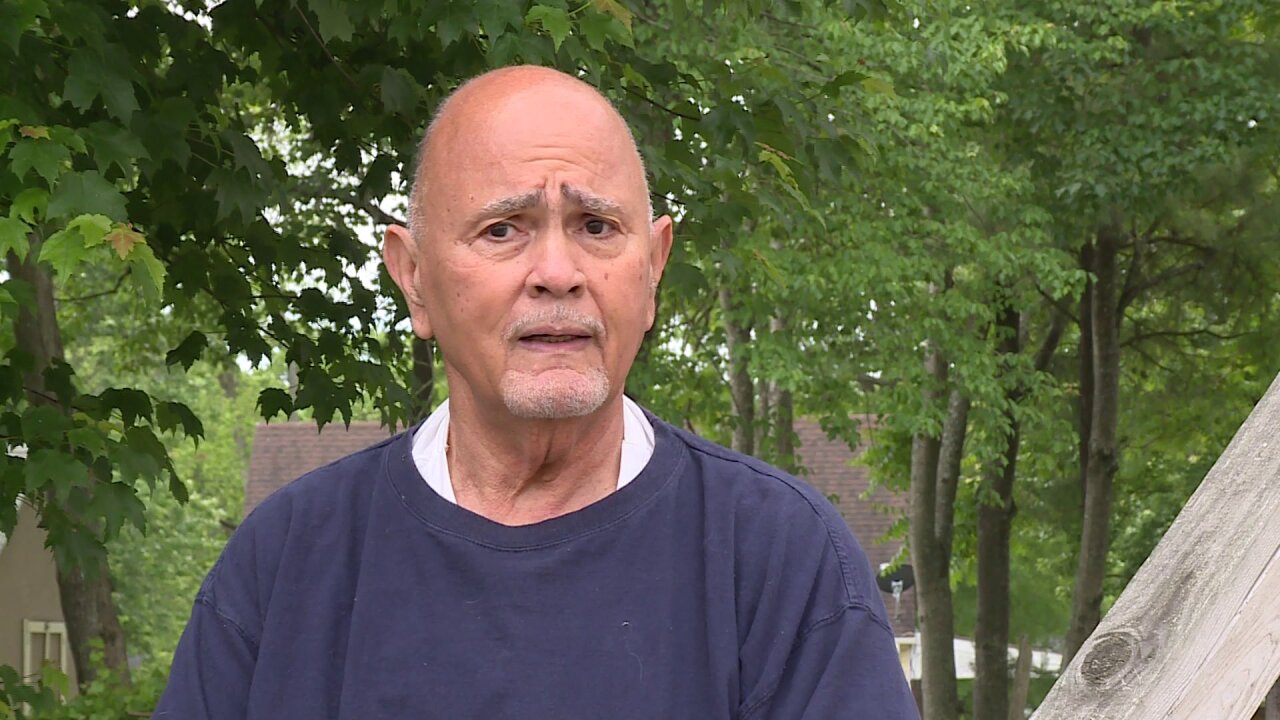 COLONIAL HEIGHTS – A retired widower had good reasons to think he might be having another heart attack last fall. When it turned out he wasn’t, he got stuck with an almost $600 ambulance bill.

Years of cardiac disease have lead to Jerry Cooper, 73, relying on a heart defibrillator and multiple stents to keep him alive.

“The bottom part of my heart is dead,” Cooper told the CBS 6 Problem Solvers. “There is no coming back and if my heart gets any worse, I need to start thinking transplant.”

With no one available to drive him to the hospital when he began feeling what he thought could be warning signs, Cooper called 911. Emergency officials tell the Problem Solvers they want residents to use 911 if they fear a situation could become life threatening.

“If there is ever a question, or concern on whether or not to call or access 911, we recommend that you always call for assistance,” Chesterfield’s Director of EMS, Battalion Chief Justin Adams, encouraged. “With the dispatcher be accurate, be thorough, and paint that picture.”

Dispatch logs obtained by the Problem Solvers note Cooper described his symptoms as “severe cramping” in his leg, hands and stomach. Cooper told first responders about his history of heart attacks, and that he was undergoing cancer treatment at the time. However, a quick check at the hospital revealed no cardiac arrest and Medicare determined there was not an emergency.

“Coverage is based on what the most appropriate level of transportation is for a person in his condition,” attorney Clifford Roth of the Center for Medicare Advocacy explains. In Cooper’s case, Medicare denied payment for the ambulance and then denied his appeal.

“If I drove, with my heart condition, I could have killed not only myself but somebody else, innocent people,” Cooper says of his decision to call 911. “My doctor said I did the right thing. So who do I listen to?”

Cooper is now working to submit an appeal to an administrative law judge, asking for the circumstances surrounding his ambulance ride to be considered. Medicare experts say it’s unfair to make beneficiaries prove medical necessity in situations like this.

“That can be burdensome and challenging for older adults, or people who are not computer savvy, or don't have resources readily available,” said Roth.

Even worse, Cooper pays for supplemental health insurance to pick-up the balance after his Medicare benefits are applied. But because Medicare determined Cooper’s ride was not medically necessary from his diagnosis, the supplemental policy will not pay either.