Why human waste is allowed to flow into the James River: 'We're not a third world country'

Richmond has 25 spots where untreated feces flows in the river when rain overwhelms the sewer. 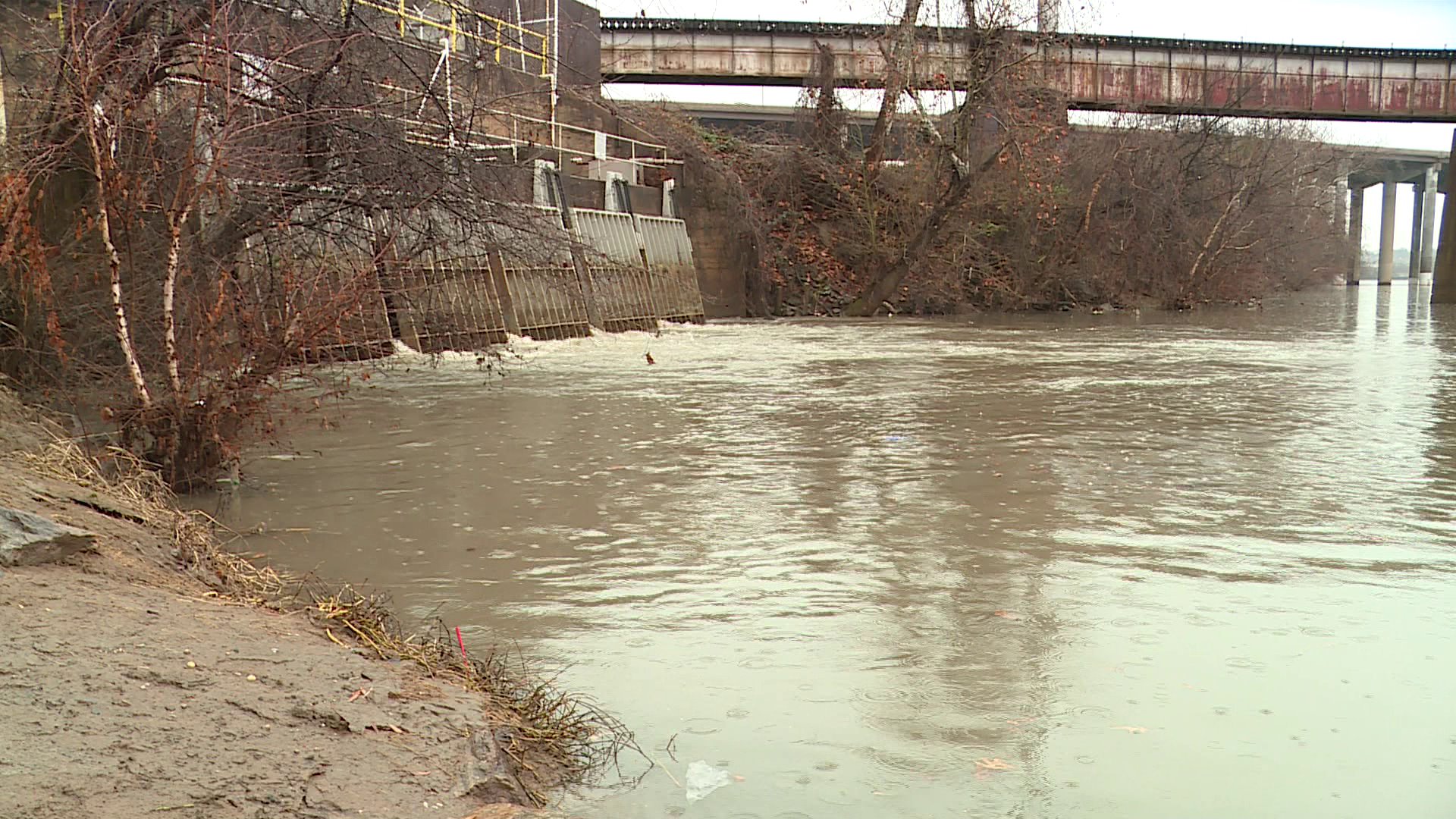 - In the shadow of Interstate 95 where Richmonders fish, and just steps from where kayakers pull out of the James River, a mix of raw sewage and storm water runoff sometimes pours into the river when it rains. 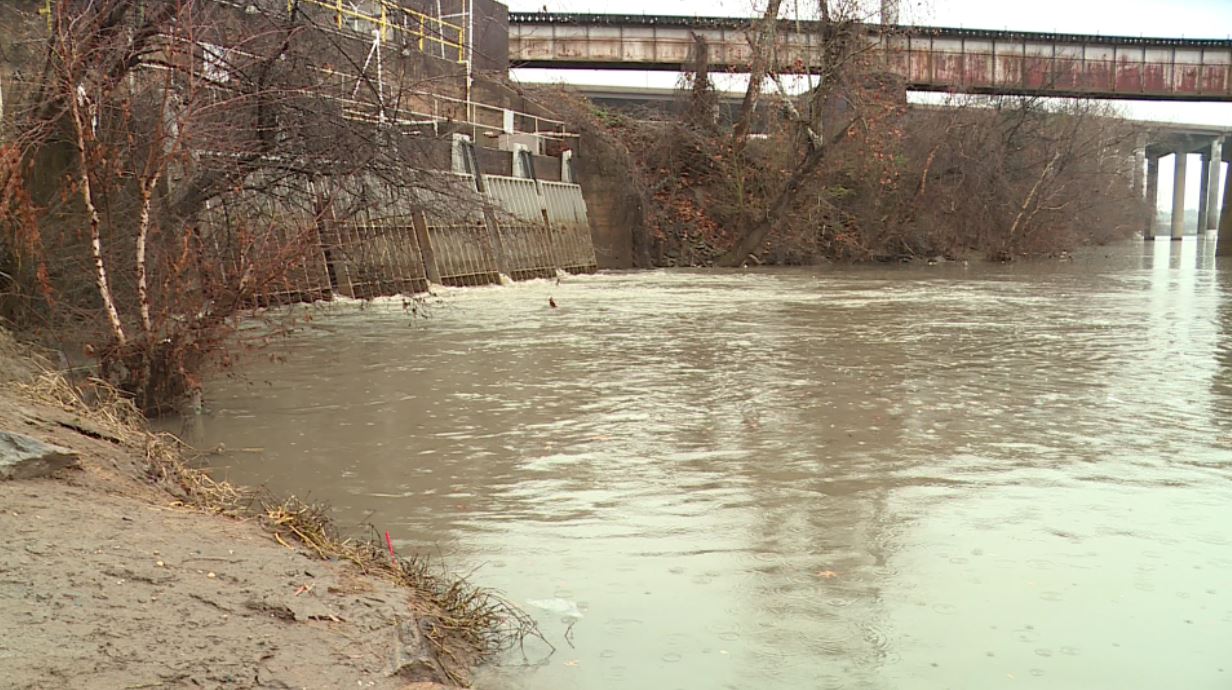 RICHMOND, Va. -- In the shadow of Interstate 95 where Richmonders fish, and just steps from where kayakers pull out of the James River, a mix of raw sewage and storm water runoff sometimes pours into the river when it rains.

About five years ago,researchers from Virginia Tech snapped pictures that showed condoms, sanitary pads, and raw sewage found in the bellies of catfish caught in the James River.

Catfish from the James and other Virginia rivers are harvested and sold at grocery stores.

"That's pretty disgusting is what that is," Michael Fortune, who works with Boy Scouts every summer on the river, said.

'"We noticed splotches, quarter-sized splotches on the river, and when paddling through it you could smell the sewage smell too," Fortune said about a visit to the river on Hatchers Island near Henricus Park.

Between 2014 and 2018, more than 11 billion gallons of untreated waste water went into the James River, according to Combined Sewer System records from the city.

In 2018, a particularly wet year, more than 3.3 billion gallons flooded into the James in Richmond.

"We're not a third world country."

"We're not a third world country," State Senator Richard Stuart (R - Fredericksburg) said. "To me that was just unconscionable."

Senator Stuart doesn't represent Richmond in the General Assembly, but he was raised in the Northern Neck.

"Growing up in that area you have a special appreciation for our natural resources," he said.

Stuart is on a mission to make the three cities that send raw sewage into rivers, Alexandria, Lynchburg, and Richmond, to clean up their acts.

"Ultimately, I just want it fixed because we've got to stop dumping that stuff in the river," Stuart said. "It's just that simple."

In 2017, the General Assembly passed legislation that forced Alexandria to fix the problem by 2025.

Lynchburg is in the final phase of sewer system upgrades that should dramatically reduce its waste contribution.

But what about Richmond, the city that releases the most untreated water in the state?

"They currently are on no track to fix it," Stuart said. "They could continue doing this for 100 years."

One of Richmond's challenges is that the city's sewers date back to the Civil War. The outdated system carries storm water and sewage in the same pipes to the treatment plant.

That mix ends up in the James River when the system becomes overwhelmed by heavy rain. The Virginia Department of Environmental Quality (DEQ) allows it under something called a consent order.

"They actually are legally violating the law if that makes any sense," Senator Stuart said.

How is that possible?

The city checks in regularly with DEQ about what improvements it is making to the system to reduce the releases. The DEQ allows the city to continue operating its waste water treatment facilities while they address overflows.

Calvin Farr, who leads Richmond's Department of Public Utilities, said the problem keeps him up at night.

He said Richmond's sewage problem would cost $400 million to fix. That's money Farr said the city does not have to spend on fixing the system.

"So what happens is, it does impact rates," Farr explained. "A quarter of our folks are at poverty level, it's already hard enough, so we have some of the highest rates in Virginia."

Farr said the city has already spent over $315 million since the late 1980s to reduce the waste going into the James River.

Despite the look, and smell, at times, Farr said the water is safe.

"We're in compliance with our state partner DEQ," Farr said.

But, Sen. Stuart said it was long past time for Richmond to come up with a permanent solution.

"It is so unconscionable that the state needs to step in and make sure this is fixed, and fixed on an aggressive timeline," Stuart said.

Farr said he could not committ to a timeline to getting the problems solved.

"You can't tie me to a time, because I know what it takes to get it done," Farr replied.

Farr said it could take years to get permits and design approval, and there might be weather delays, which would make it hard to provide an exact timeline to fix the issue.

Further complicating a fix, finding a way to pay for it.

To address the issue, Senator Stuart has championed Senate Bill 1064, which passed the State Senate, and is now in committee in the House. He said he would also put in a budget amendment next year to get the city some funding, if they come up with a plan to fix the problem within a reasonable amount of time.

CBS 6 reached out to the James River Association for a comment. In a statement, Senior Advocacy Manager Jameson Brunkow calls the sewer overflows are a serious problem:

James River Association supports the intent of Senate Bill 1064, which we believe is to put the City of Richmond on a clear timeline to complete the work required to address its combined sewer system. However, we believe the legislation should set a realistic timeframe that is accompanied by a funding plan to keep the City on track to meet its water quality goals.

We are concerned about the City’s limited resources to plan and implement upgrades, and the financial burden that upgrades would place on the City and its ratepayers without dedicated funding from the Commonwealth of Virginia. As has been the General Assembly’s approach in the past, we would ask that the Commonwealth assist Richmond with these critical improvements for the James River and our community."