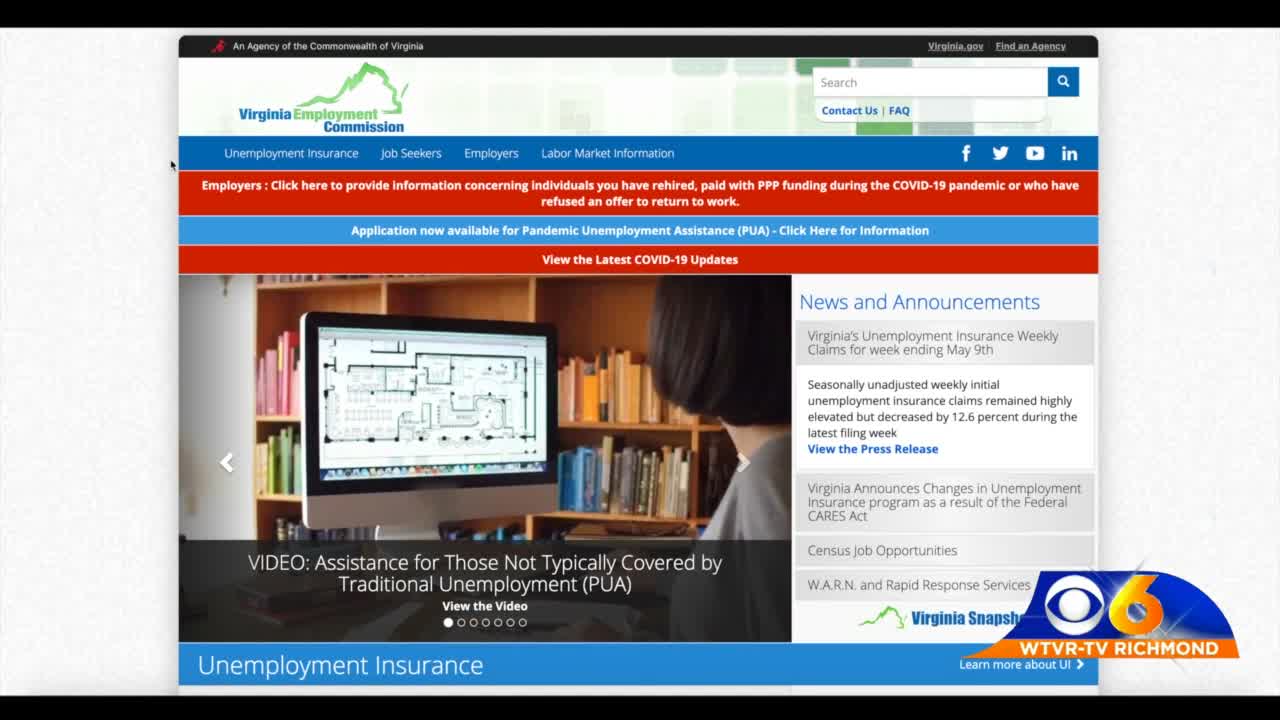 The Virginia Employment Commission has received more than 700,000 unemployment claims and paid over two billion dollars in benefits to Virginians since mid March in the wake of the COVID-19 pandemic. 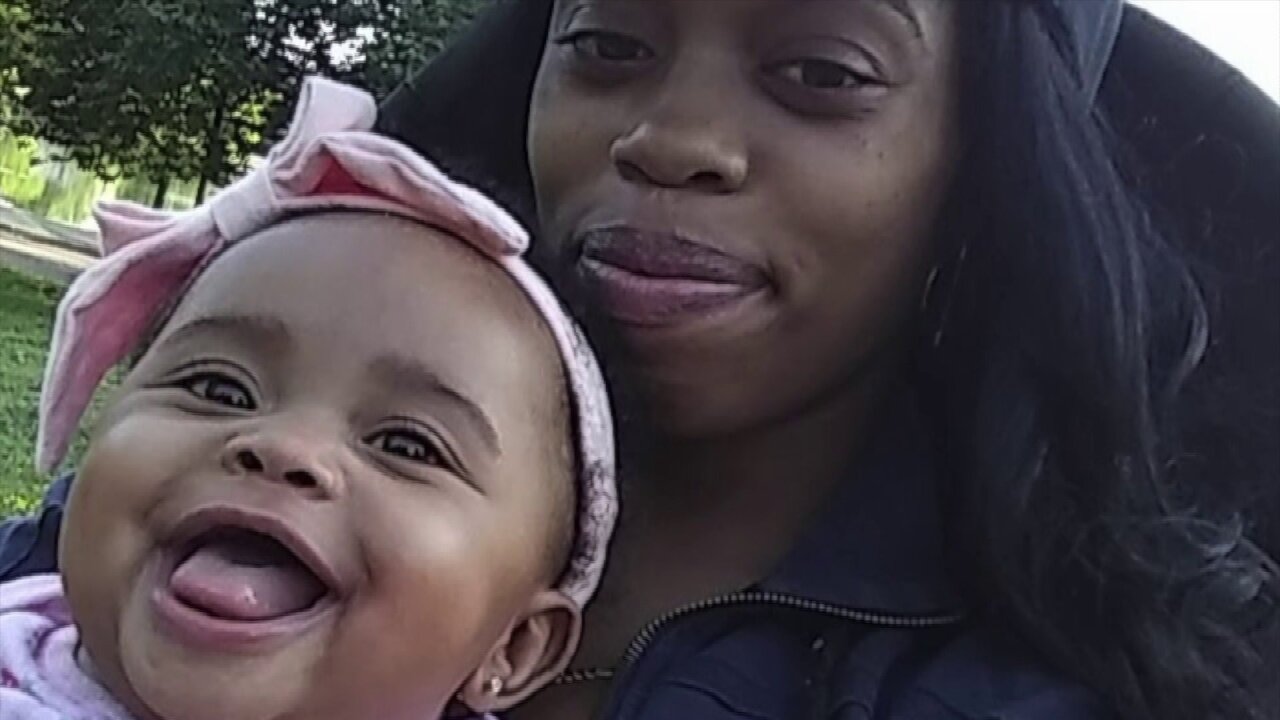 RICHMOND, Va. -- The Virginia Employment Commission has received more than 700,000 unemployment claims and paid more than $2 billion in benefits to Virginians since mid March in the wake of the COVID-19 pandemic.

But a single mother in Colonial Heights is one of hundreds who say that they have yet to receive benefits or information on their unemployment status.

“I’ve been sitting on my last $200 actually and at the end of this month I don’t know what’s going to happen next,” said Alexus Nelson, who is the single parent of her young daughter.

"It’s just she and I, so if I don’t figure it out, then I don’t know what’s going to happen," Nelson said. "I have definitely never been in a situation, or at least not while having my daughter, where I didn’t know what the next step was.”

Following the Commonwealth’s stay at home order means the Nelson is out of job options.

“At the end of the month our lease is up,” said Nelson. “I really don’t know what that means. It’s really up to my leasing apartment’s discretion what they want to do, and that’s really scary not to know.”

Nelson said that she’s repeatedly applied for unemployment online and over the phone through the Virginia Employment Commission.

But after weeks of attempts, she has yet to receive any money.

Nelson assumed a monetary determination letter she received from the VEC in April meant she could finally start getting back on her feet.

“I was doing my weekly claim as I was supposed to every Sunday but I wasn’t getting any of those payments,” she explained.

“I’m just really in the dark. It’s like a full time job," Nelson said, explaining that her day begins and ends online and on the phone checking on her claims.

“Every morning at 8:15 I’m on with the phone in my hand ready to be the first one to call,” said Nelson. “When you call, they play the little message and the phone will automatically hang up on you. You literally can't get though to anyone and they say there is a queue that you get put into. I’ve been calling for weeks since the end of March basically every single day.”

A spokesperson for the VEC said that the the system was unequipped to handle the volume of calls coming in, but has since been upgraded.

“We were having problems with a lot of people not getting through because our system was only able to handle a certain amount of calls and we upgraded that system,” said VEC spokesperson Joyce Fogg. “The automated system is disconnecting them, it's not a staff person hanging up.”

Fogg acknowledges that getting through over the phone is a challenge.

“I suggest that you file online,” said Fogg. “If you don’t get a response if you can’t get through to answer your questions send an email.”

Virginians can email the VEC at customerservice@vec.virginia.gov, but Fogg warned that they are receiving up to 20,000 emails per day.

“I do know that we’re working to contract with another third party to assist us with those questions so that people can get answers much faster to what’s going on with them,” Fogg said.

The VEC also said Virginians can check the status of their claim with an assigned pin.

“They can get into the account and it will say outstanding issue that’s when you need to try to contact us by email or by phone to find out what that issue is and we may need more documentation.”

She said the agency is working seven days a week and has expanded along with the unprecedented demand over the last couple months.

Fogg said that just because you receive a monetary determination does not necessarily mean you are eligible for unemployment.

“A lot of people don't understand, they just see that one side of the issue but there are sometimes outstanding issues as to why a person is not eligible,” said Fogg. “They may have quit a job, they may have been fired from a job, they may not have enough wages within the past four quarters, there's some types of medical issues so there’s lots of outstanding issues that require further investigation to see if they are eligible and everyone is not eligible and we try our best to answer those questions and help them to understand when they’re not eligible.”

While the VEC could not specifically discuss Nelson’s case, CBS 6 was able to put her in touch with an agent.

“I’m very appreciative to you for making sure that the people who have smaller voices are still heard more than anything.”

Nelson said while the VEC informed her that she wasn’t eligible for traditional unemployment, she should be eligible for Pandemic Emergency Unemployment Compensation or PEUC in the coming weeks.