She worked overtime after COVID killed the economy, then the virus killed her 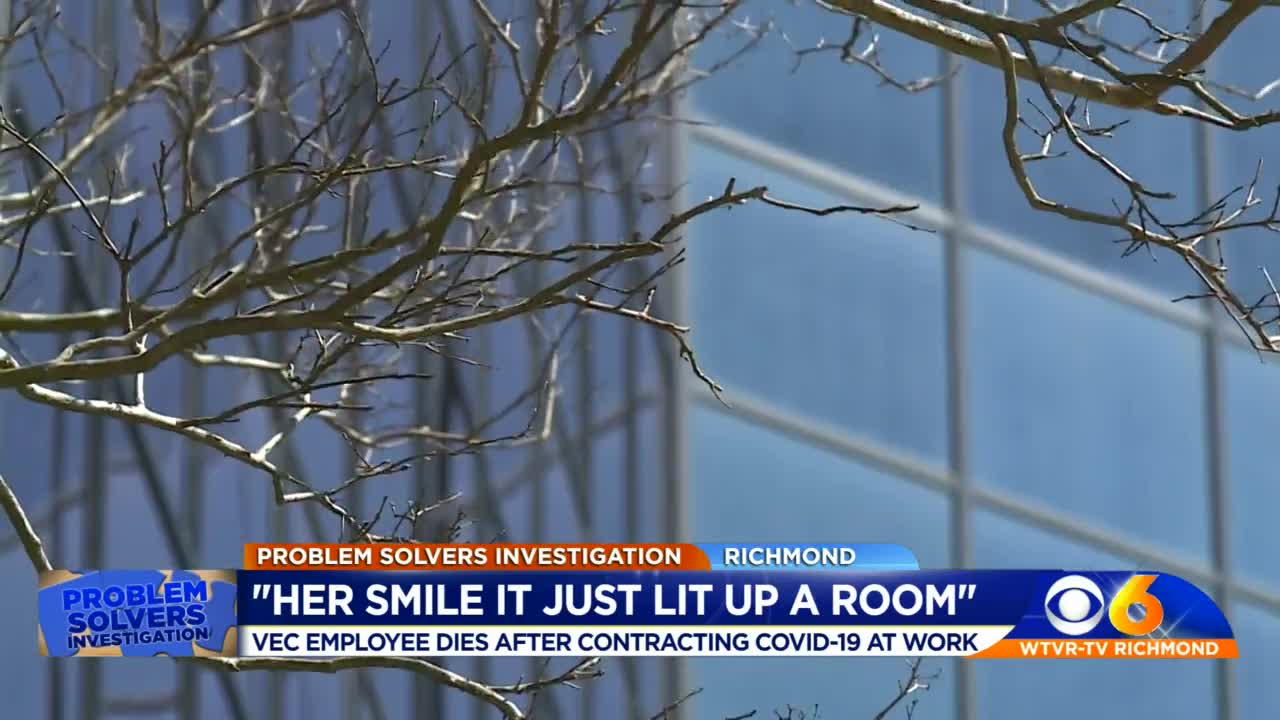 The family of a Virginia Employment Commission (VEC) worker who died from COVID-19 said their loved one’s death could have been prevented. Now they are speaking out in hopes of saving lives.

RICHMOND, Va. -- The family of a Virginia Employment Commission (VEC) worker who died from COVID-19 said their loved one’s death could have been prevented. Now they are speaking out in hopes of saving lives.

“She was that one that lit up the entire office just by saying good morning, just smiling," Fleming’s granddaughter Kyra Trice, who also worked in the office, said. "She was always eager to help anybody the best way she could."

Therefore, when the COVID-19 pandemic led to a record number of unemployment claims and an increased workload, it was no surprise to her family that Fleming offered to take on more hours in often adverse conditions.

“I know it’s frustrating for some people because they can’t get through with their benefits,” Fleming’s daughter Shanelle Trice said. “She had some customers that would curse her out, but again, she still handled it, still was there every single day. She’s at work 30 minutes earlier than her work schedule every single day."

Her family said those long days finally caught up with her, but had nothing to do with her workload.

Fleming tested positive for COVID-19. She was sent home from the hospital to recover.

“When she was diagnosed, she started off with very mild symptoms and over the course of like a week it just attacked her really aggressively.”

Her case, though not her name, made headlines as she was the fourth VEC employee to test positive in three months. It led to an entire building shut down for a "thorough cleaning," just as the VEC stated it did with previous cases.

“I just felt the building was never really shut down long enough to do a very adequate cleaning,” said Kyra. “About a week before my grandma was diagnosed, we found out it was someone from our department, but they work in the basement, but that bothered me because the elevators are common areas the bathrooms are common areas."

“They said, 'I am sorry, she didn’t make it.' And that took everything out of me,"said Shanelle. “I couldn’t move I couldn’t speak.”

The family was flooded with support from loved ones, friends, and Fleming’s co-workers.

“Do you think your mother’s death could have been prevented?” asked WTVR investigative reporter Laura French.

“I do, like I said she, was considered an essential worker,” Shanelle responded. “I feel like anyone with a compromised immune system they should have been given the option to remote work.”

“What do you think the VEC could have done differently to protect your grandmother?” asked French.

“There should have been a way for my grandma and other people that are her age or older to work from home because it was never safe for her to be there, a mask can only do so much,” answered Kyra. “I just really hope this was a big wake up call for them and that they have now put in things to prevent anyone else from or anyone else’s family from going through it,” said Kyra.

Kyra said her grandmother always had her mask on at the office unless she was at her desk, which was the requirement.

Due to the fact she was high risk, her family said she only left the house to go to work.

“The Virginia Employment Commission has followed all guidelines of the Center for Disease Control and the Department of Health. All precautions have been taken. Those who can do their jobs from home have been encouraged to do so. Anyone who is not feeling well has been requested to stay home or go home.” said VEC spokesperson Joyce Fogg.

Kyra, who was working at the VEC as a temp at the time, also tested positive for COVID. She had a milder case.

Fleming’s family said she would want people to know how serious the virus can be.

“Because I know how selfless my grandma was, of course, I don’t like that it was her that had to be the example, as selfless as she was she doesn’t mind,” said Kyra.

Since Fleming’s passing the VEC said there is a nurse working in the Richmond headquarters building who does daily temperature checks.