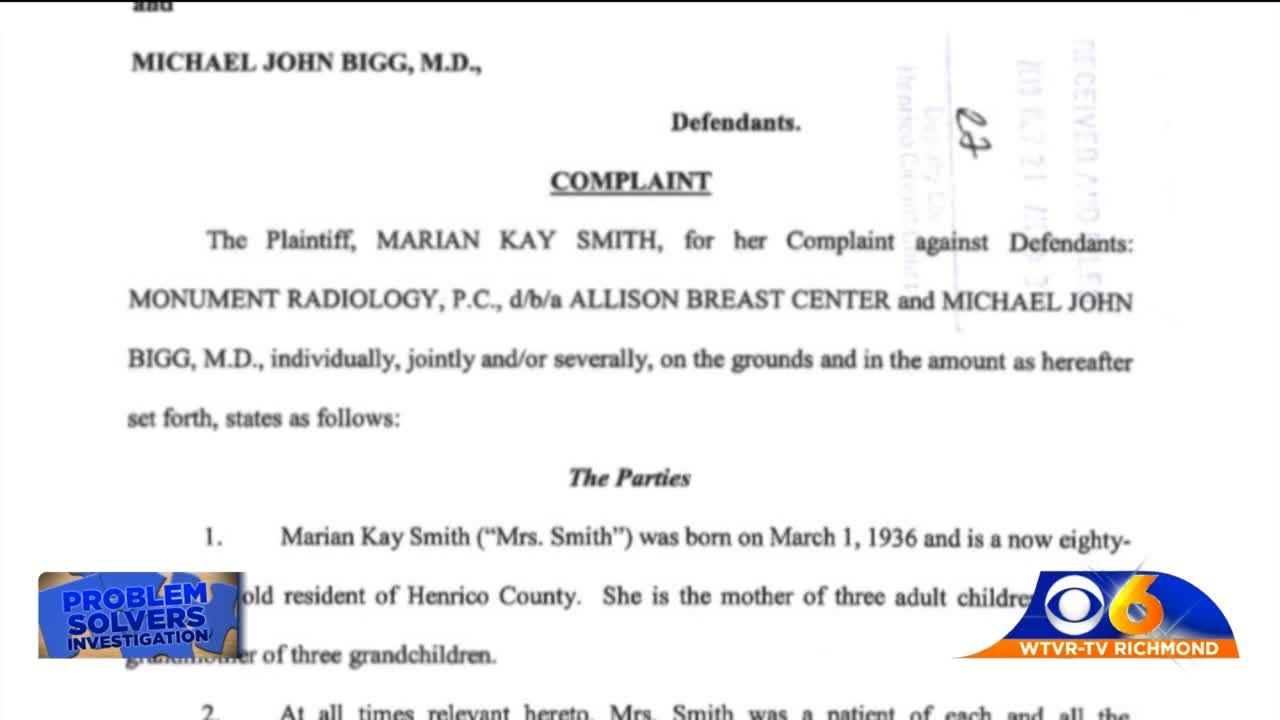 Bigg misread the mammograms of 18 patients and told some they did not have breast cancer when they actually did. 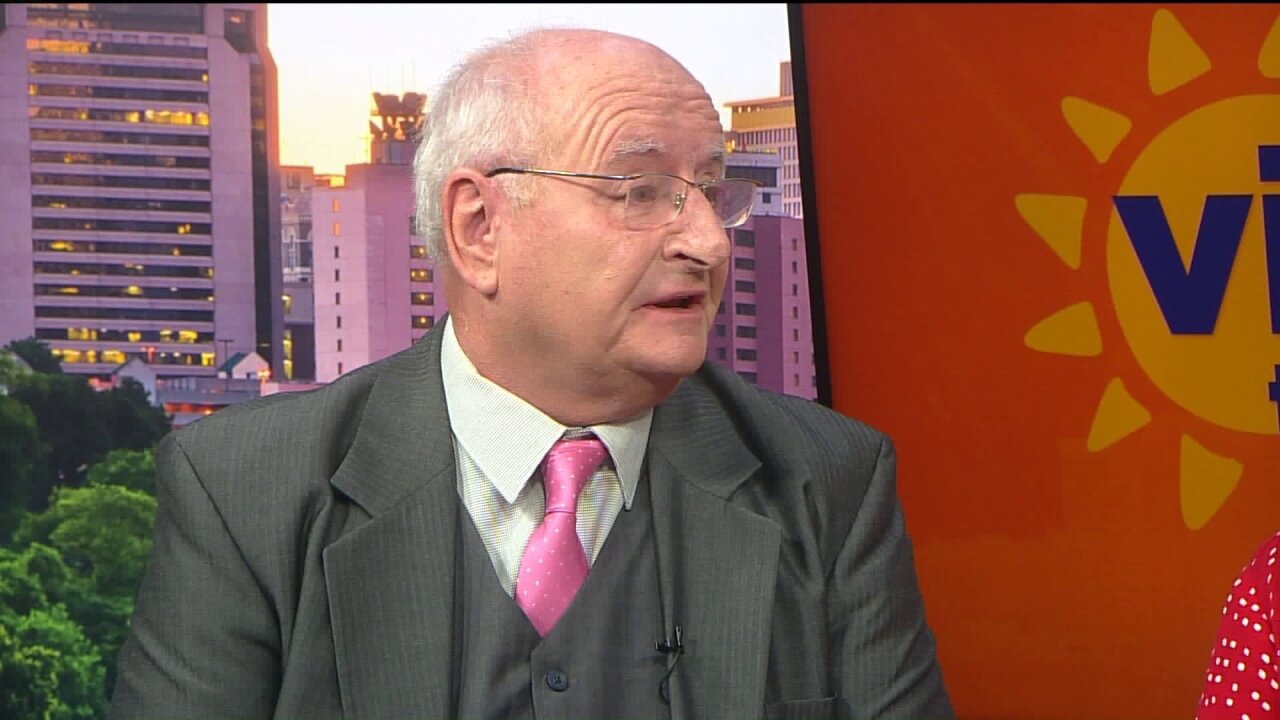 RICHMOND, Va. -- Mary Louise Smith never had any problems when she went to the Allison Breast Center on Forest Avenue for her mammograms.

"It was simple, quick, I was always pleased with the whole process," Smith said.

Her radiologist Doctor Michael Bigg appeared on CBS 6's Virginia This Morning show in October 2019 talking about the importance of getting an annual mammogram.

"If you have an annual mammogram you cut the death rate approximately in half," Bigg said.

But Smith now has major concerns about her doctor after finding out that the Virginia Board of Medicine suspended Bigg's medical license last week.

According to the board's report, Bigg misread the mammograms of 18 patients and told some they did not have breast cancer when they actually did.

"It's a big mess. We're stuck out there in limbo not knowing," Smith said.

Now Smith, like many other patients who reached out to CBS 6 since the story broke, wants to retrieve her medical records so she can have another doctor look at her mammograms.

But the office closed when Bigg was suspended.

"In Virginia every patient is entitled to his or her records," Stephanie Grana, a partner at Breit, Cantor, Grana and Buckner, said.

Grana is representing the family of a patient of Bigg's who died of breast cancer in April.

The civil lawsuit alleges that Bigg misread the woman's mammograms and ultrasounds for four years.

"Kay Smith was not the first woman who had called me regarding misread films at the Allison Breast Center," Grana said.

Grana said every one of Bigg's patients should get their mammogram re-done elsewhere.

"If they find out they have a certain stage of cancer then, yes, they might want to get the prior films, but at this point what I tell them is to go back to their Ob/Gyn, or their primary care physician, and get a referral to get a mammogram redone," Grana said.

Mary Louise Smith said she wants to do that, but her insurance, Medicare, already told her it will not pay for a re-do.

Grana suggests sending your insurance a copy of the allegations from the Board of Medicine.

Still, even if they do not end up paying for it, Smith said she will pay for it out of her own pocket because the risk of a potential misreading of her mammograms is too high.

Smith's sister was diagnosed with breast cancer in 2007.

"You just never know, and I know breast cancer can come upon you very quickly in some instances," Smith said.

Bigg denied the claims made by the family of the women who died.

In his response to the lawsuit, he said he did not breach the standard of care, and did not "proximately cause" her alleged injuries.

The Allison Breast Center said it is now checking messages and emails on Tuesdays and Wednesdays.