“I begged them to please find out what happened to my father." 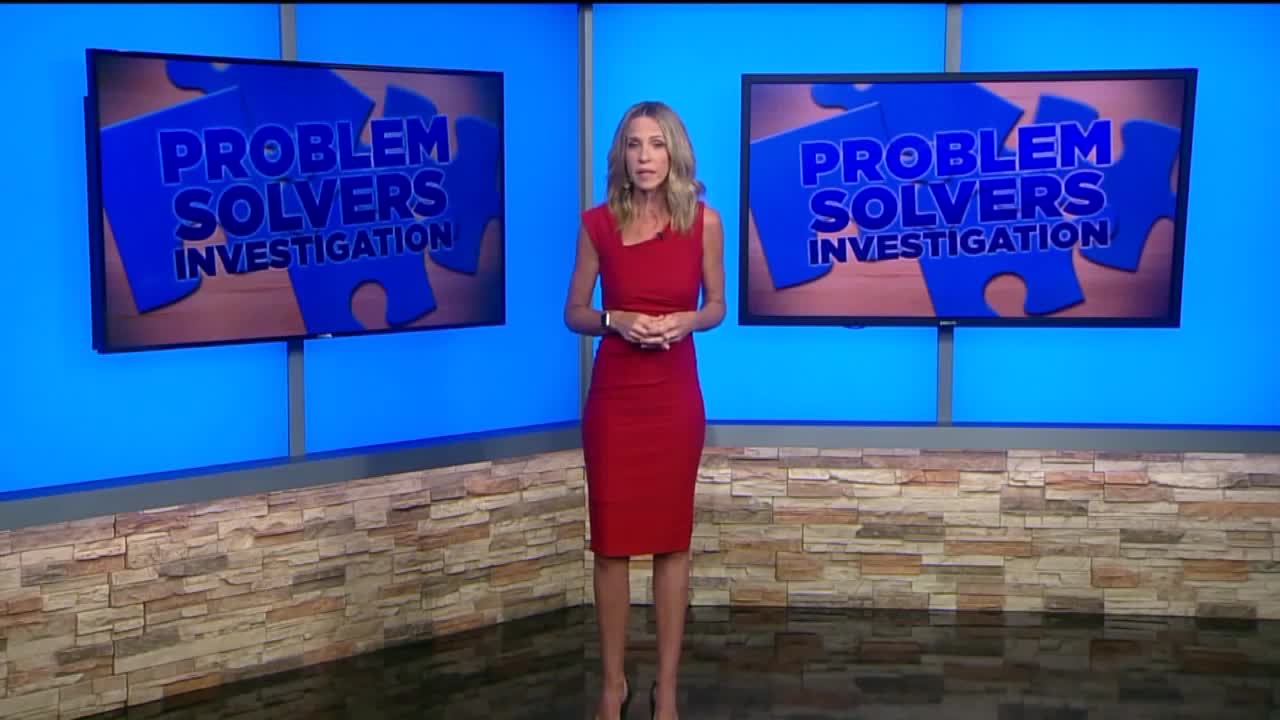 The drowning death of a Chesterfield man 17 years ago is now being investigated as a murder.

CHESTERFIELD COUNTY, Va. -- The drowning death of an elderly Chesterfield man 17 years ago is now being investigated as a murder.

“Based on the Medical Examiner’s new examination of the body they determined that this case was a homicide based on stab wounds,” said Chesterfield Police Lt. Brad Conner.

Charles William Cole was found dead in a pond in the back of his property in the 9700 block of Coalboro road on July 7, 2003.

The 79-year-old retired Army medic and Purple Heart recipient walked into his only child’s home for the very last time Father’s Day 2003.

“I could tell in looking at his face something was going on. He wasn't quite the daddy that I knew,” explained his daughter Bonnie Cole Willis.

Cole Willis said her father was a born again Christian and always put others first.

“He was my best friend he adored me I adored him,” she said.

“When did you know something was wrong?” asked CBS investigative reporter Laura French.

“It was over Fourth of July weekend and I was trying to get in touch with him. I called him on his home phone and he had an answering machine. I just said something like, ‘Daddy call me,’” she recalled.

Three more days passed before Cole’s sister drove to check on him.

She pulled up to his Chesterfield residence July 7, 2003 where she found her brother’s lifeless body in a pond behind his home three days before his 80th birthday.

“It looks like the body had probably been in the pond for several days,” said Lt. Conner. “That death was ruled as a drowning by the Medical Examiner's Office.”

“Did your father know how to swim?” French asked Cole Willis.

“In your heart did you accept the fact that he drowned?” French asked Cole Willis.

“There’s no question in my mind that he couldn’t have actually drowned,” said Cole Willis.

Nearly 15 years after her dad’s death, Cole Willis confirmed her suspicions after she contacted Chesterfield Police and requested his investigative records under the Freedom of Information Act. This, after the case was briefly reopened in 2011 at the request of another family member.

“What I found was shocking,” said Cole Willis.

Cole Willis was provided with around 200 pages of documents from her father’s 2003 accidental death investigation.

“The smoking gun was the body diagram that showed the front and the back of my father’s body,” said Cole Willis.

A diagram, that showed multiple lacerations that were explained in her father’s 2003 autopsy as having “maggot activity,” and some that “corresponded with defects” in Cole’s shirt. But it states, “without any evidence of blood.”

“Did they not see that there were cuts or blood on the body?” French asked Lt. Conner.

“There was nothing that was overtly obvious initially when the body was transported to the Medical Examiner’s office. With them ruling it as a drowning, it kind of tied our hands as far as we take it for what they're telling us it's a drowning,” Lt. Conner responded. “There were some indications of some injuries to the body and the medical examiner in their report said those were from insect and debris and the natural decomposition of the body.”

But Cole Willis said it didn’t take a trained eye to see what she considered to be obvious.

“My first thought in looking at it was, my God he was stabbed. He was stabbed!” she said.

She says the lacerations on the 2003 autopsy diagrams proved her father’s death was no accident and in the summer of 2018 she convinced the Chesterfield Police Department and the Office of the Chief Medical Examiner of the same.

“I begged them to please find out what happened to my father,” she said.

They agreed to reopen Cole’s case in December 2018 and on February 6, 2019, Cole’s body was exhumed with his only child present.

“It was definitely a pivotal moment. I knew that the state’s ME’s office would conduct a thorough investigation of his remains and I prayed that they would come back with a lot more information than we had before,” said Cole Willis.

Nearly 16 years after his death they did.

“There were a number of stab wounds that were extreme,” said Cole Willis.

Charles William Cole’s amended autopsy, dated February 7, 2019, confirmed that he had been murdered three days before his 80th birthday. He was stabbed 10 times in the neck, torso and arm and investigators say left in the pond behind his Chesterfield home.

“Cause of death stab wounds to neck and torso, manner of death homicide,” Cole Willis read from the amended autopsy. “This is a homicide and not a drowning. It's dramatically changed the way that we look into a case and the way we investigate a case,” said Lt. Conner.

“If this information had been known back in 2003 obviously there was some things that would likely have been done and may not have been done because of the way that it was ruled,” said Lt. Conner.

“Some people are going to watch this and be very critical of the ME’s office and the police department because 17 years have been wasted,” French said to Conner.

“The ME’s office made a mistake in 2003 but they owned up to their mistake and they've done everything they can to make right a mistake that they made,” said Lt. Conner. “Everybody's human, everybody makes mistake from time to time. Mistakes do happen and fortunately this has been caught and corrected and we're doing everything in our power to bring justice for the victim’s family just as we would've done in 2003 had we known the things.”

They mirror one another in multiple areas where he suffered lacerations.

It’s when you get to the “pathological diagnoses” that it becomes clear in 2019 the 79-year-old was in fact a victim and this was not an accident.

Today, Cole Willis’ love for her father is as strong as it was 17 years ago and she's more committed than ever to see to it that justice is served.

“What do you think your dad would say to you right now with all you’ve done?” French asked Cole Willis.

“Daddy had a nickname for me, and it was booger,” Cole Willis explained. “I think right now he’d be looking down at me and saying, ‘you’re doing a good job booger, you’re going to find out what happened to me,’” she said tearfully.

Police say they are treating this like a new case.

“When we opened it back up in 2018 essentially, we have gone through and done the investigation from scratch so everybody that was interviewed back when the initial report was taken has been reinterviewed. All of the evidence or anything that was found at the scene has been re-examined. When the body was exhumed anything that was found in the casket and stuff was re-examined, so we basically started from scratch. Even though it's a 17-year-old case, we’ve only really been working it for only a little over a year trying to figure out what happened,” said Lt. Conner.

“So now you know a murderer is out there, what is your plea to this community?” French asked Lt. Conner.

“If you know something saw something or heard something no matter how minute it might be, to please contact the authorities we got a family who has grieved the loss of a loved one for 17 years but has really grieved it twice. The first time they grieved it was when he died and the second time was when he was exhumed now it's found out that in fact, he was killed it wasn't accidental,” said Lt. Conner.