Why Richmond woman who prepaid for her funeral can’t sleep 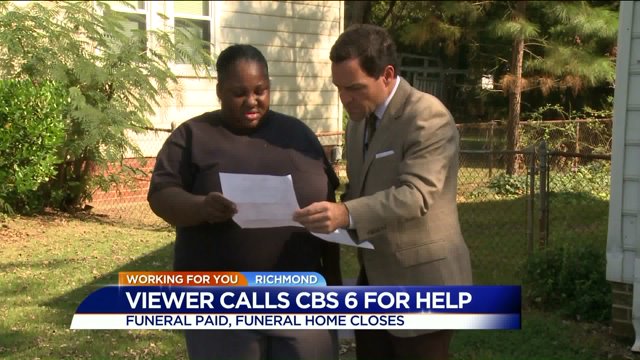 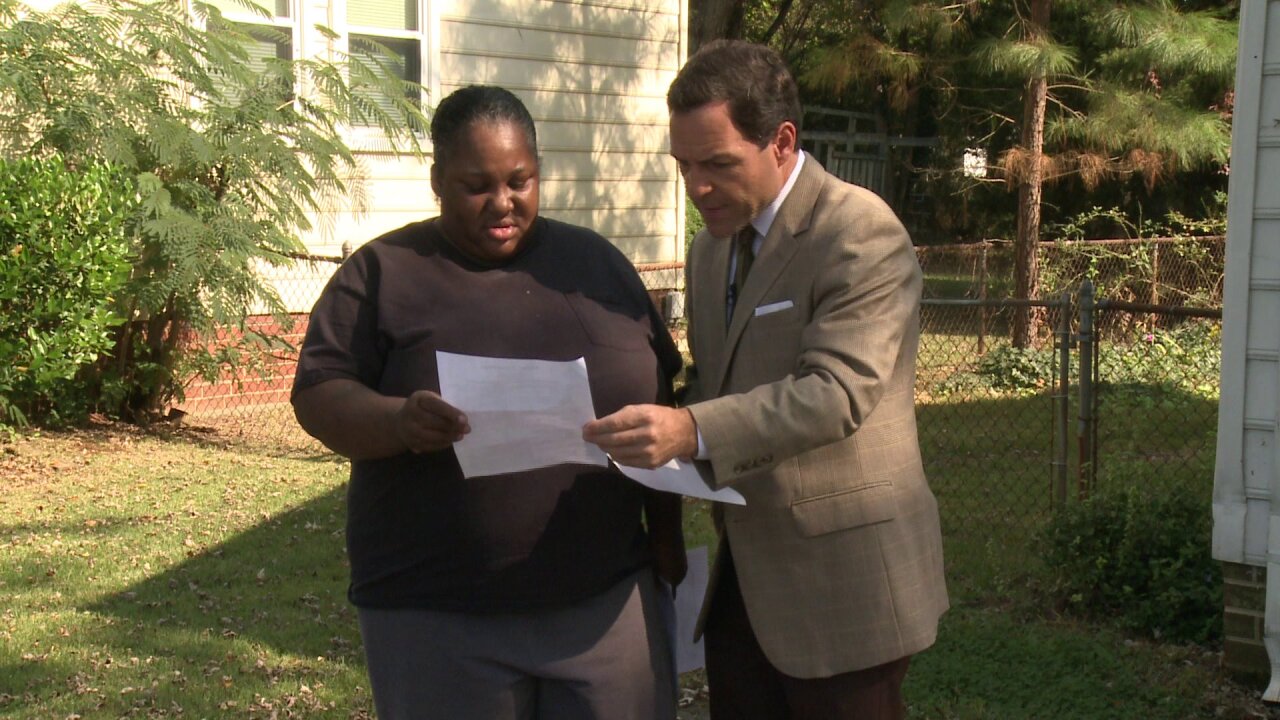 RICHMOND, Va. -- A Richmond woman who prepaid for her own funeral, including the visitation, the chapel, the limo and burial plot, is at a loss after the funeral home recently closed.

Laura Henderson thought she was doing the right thing, but is now having trouble sleeping after she forked over thousands of dollars to Brunson Funeral Home.

“It has upset me. I can’t sleep,” Henderson said. “I thought it was good. I found out it is not good.”

The Richmonder purchased funeral services and plot at Oakwood Cemetery through Brunson in Jackson Ward three years. Trouble arose when she found out that Brunson went belly up recently.

Now Henderson fears she may be out of $6,600 -- money that was supposed to be held in escrow.

“They took my money and ran and probably cashed my check,” Henderson said. “[I'm] just out of luck.”

Records indicate that the owner of the funeral home passed away leaving no licensee to hold accountable.

Henderson said she tried contacting the former owner’s widow, but said she has repeatedly been stonewalled.

“She said, 'If I had your money, I would come and bless you with it,'” Henderson said.

The CBS 6 Problem Solvers went digging for answers at the Virginia Board of Funeral Directors and Embalmers. A spokeswoman called what happened to Henderson a matter for the civil courts. She added that a judge is the only entity that could hold the estate accountable.

WTVR CBS 6 went to the Brunson home, but no one answered the door.

Tom Gallagher with the Better Business Bureau said consumers need to be vigilant about the services you pay for.

“This is a wakeup call for all of us,” Gallagher said. “You want to be sure that you’re protected and covered with some sort of escrow.”

As for Henderson, all she wants is her money back from Brunson’s, so she does not burden her family.

“They need to come forward to get me my money back so she can take it to another funeral home,” Henderson pleaded.

The Virginia Board of Funeral Directors and Embalmers said if you are planning your own funeral know up front where the funds are maintained on your behalf. You should also maintain a copy of the contract and receipts and pay for a pre-need contract by making out a check to an insurance company or bank trust and not the funeral home or funeral director.