Can you spot the difference? City to turn Lee monument traffic circle into roundabout 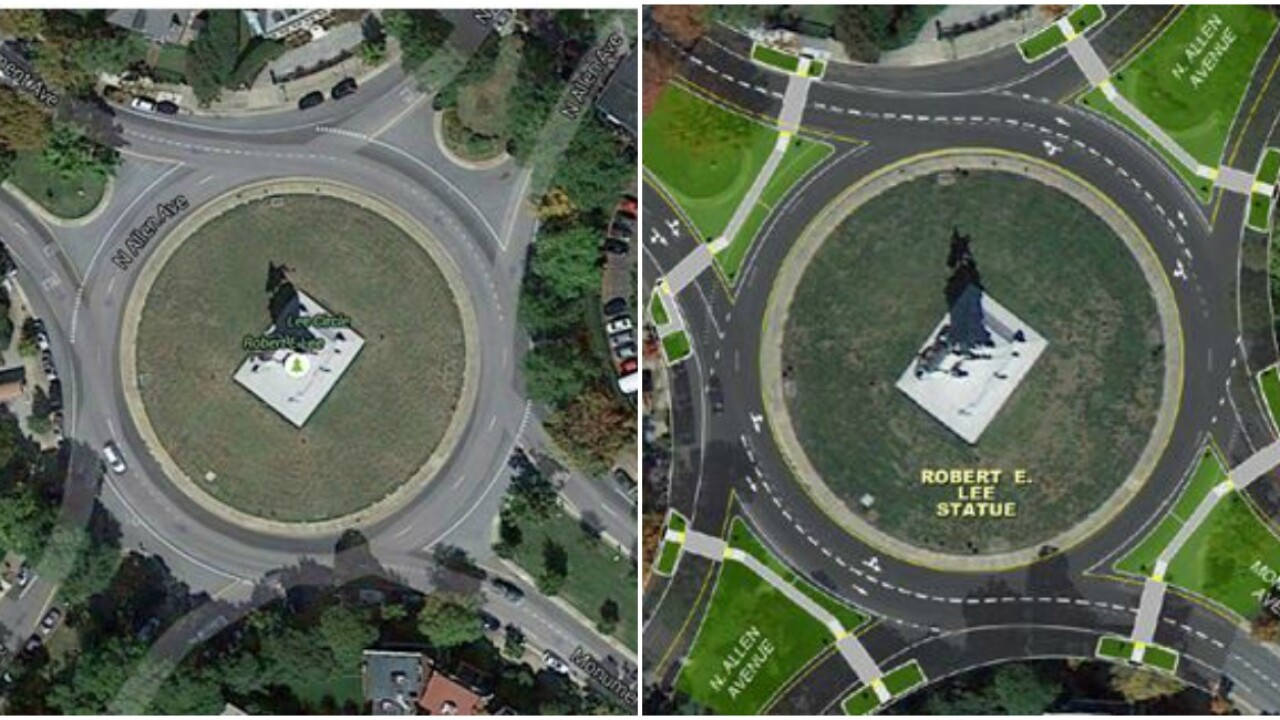 RICHMOND, Va. — In an effort to improve traffic safety, the City of Richmond will transform the existing traffic circle around the Robert E. Lee statue on Monument Avenue into a “modern roundabout.” Work on the $550,000 project is scheduled to begin Friday and last through January 2016.

“The scope of the work at the four legs, or intersections, leading into the current circle includes the installation of medians and corner island extensions, concrete sidewalks, ADA compliant curb ramps, pedestrian crosswalks, signage, pavement markings and landscaping,” Richmond Department of Public Works spokeswoman Sharon North said. “The improvements will create an easier and safer means for motorists to travel through and pedestrians to cross the intersecting roads.”

Before and after pictures of the Lee statue roundabout on Monument Avenue in Richmond.

The Lee roundabout will join seven other roundabouts in the city.

“Those driving through the area may experience occasional single lane closures,” North warned. “Allen Avenue may be closed at times during construction, however proper work zone signage will be provided throughout the project construction.”