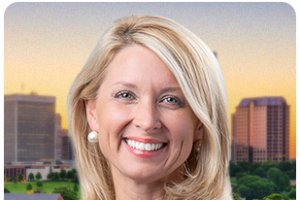 Born and raised in Newport News, Virginia, Tracy fell in love with broadcast reporting at the age of 12 and began volunteering at her local news station when she was just 17.

While attending George Mason University, she interned for two years in the White House Press Room, assisting the Clinton Administration and White House correspondents with news releases, and one year at News Channel 8 in the Washington D.C. Market. Tracy worked for two years as an anchor and reporter for KTEN-TV in Denison, Texas, before returning home to Virginia in 2000 to take a reporting and anchoring position with CBS 6.

Tracy currently anchors the Sunday evening newscasts and reports on Monday nights. She and her husband, Jeff, are the proud parents of Jackson, Maddie, and Alexandra.