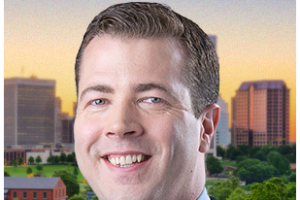 Cameron Thompson is a reporter and anchor for CBS 6.

Thompson joined CBS 6 in January of 2019 after working in Washington, D.C. for a number of years.

While in Washington, D.C., he’s covered stories such as the 2012 Derecho, the disappearance and search for Relisha Rudd, and the death of Freddie Gray as well as the ensuing protests and trials.

He has received several awards from the Chesapeake Associated Press Broadcasters Association (CAPBA) for his work, including “Best Reporter” in 2015, and was a part of several Edward R. Murrow and CAPBA award-winning entries.

Thompson received his degree in Broadcast and Media Communications, Radio from the British Columbia Institute of Technology.

He also has extensive experience as an announcer and emcee for a variety of sports, award shows, and galas.

Thompson was born in La Jolla, CA, but was raised in Vancouver, British Columbia, Canada.