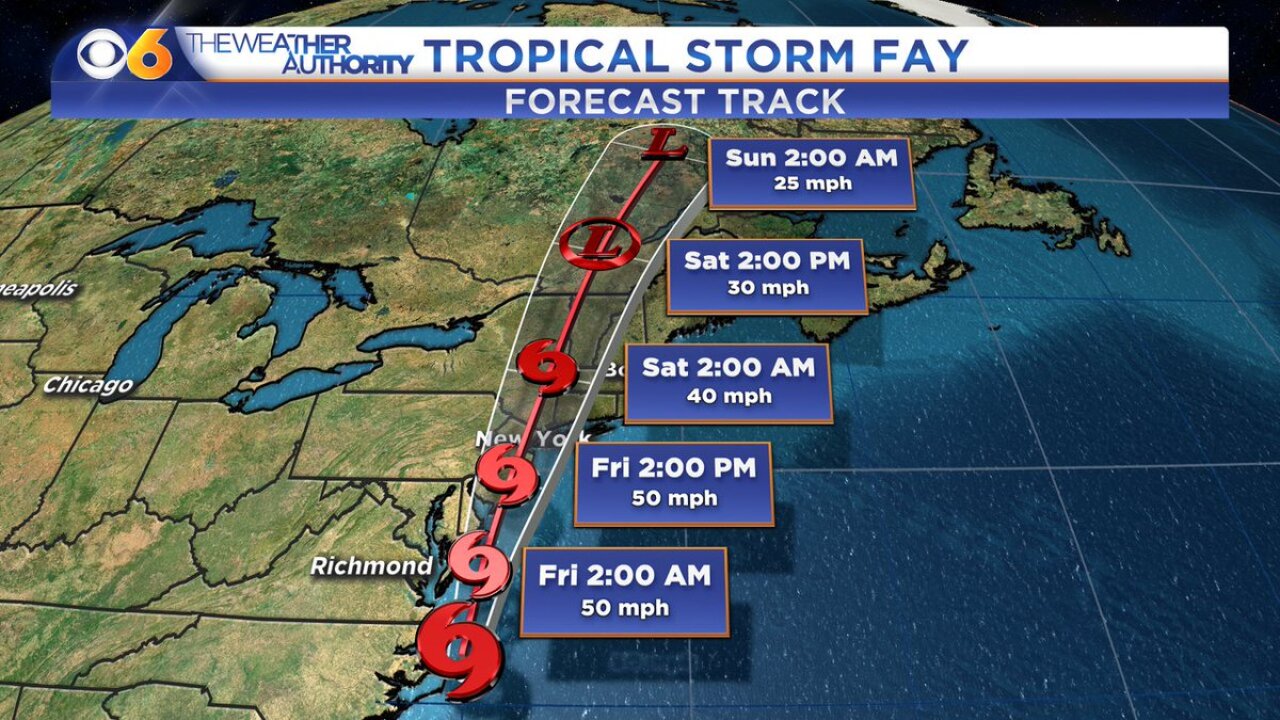 MIAMI -- Tropical Storm Fay is beginning to edge away from the North Carolina coast, with forecasters saying its sights are set on the mid-Atlantic coast and southern New England.

The tropical storm formed Thursday afternoon and it's expected to bring heavy rain and gusty winds further up the Eastern seaboard.