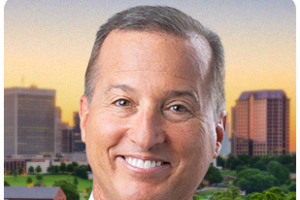 Tom studied Meteorology at City College in New York City, his Thesis was based on the findings of live research in the Rocky Mountains. The research was based on aerosol and pollutant transport, along with the Chinook Winds.

He has earned the AMS and NWA Seals of approval.

Tom has previously worked at WHSV in Harrisonburg, Va., WHO TV13 in Des Moines Iowa, WWBT NBC 12 in Richmond, and Freelanced for WVEC NEWS Channel 13 in Norfolk/Va. Beach.

He has been a spokesman for Saxon Shoes, Hanover Roofing, and The Virginia Farm Bureau.