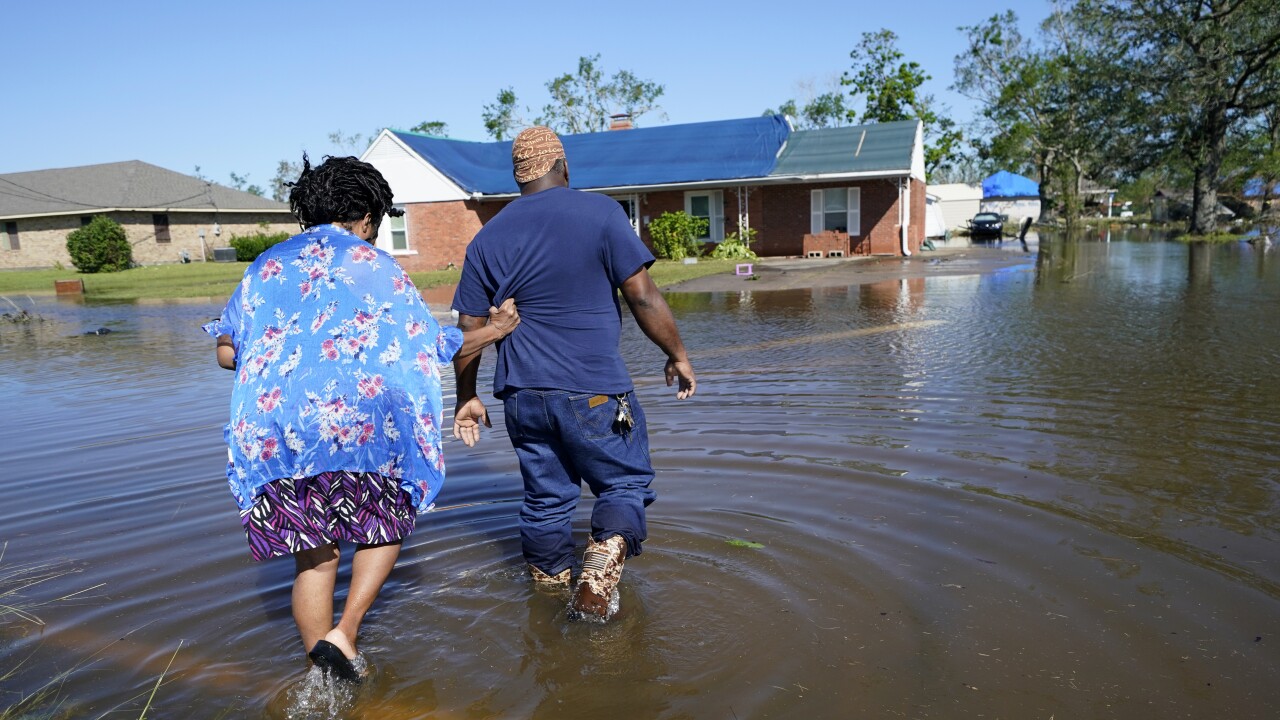 Gerald Herbert/AP
Soncia King holds onto her husband Patrick King in Lake Charles, La., Saturday, Oct. 10, 2020, as they walk through the flooded street to their home, after Hurricane Delta moved through on Friday. (AP Photo/Gerald Herbert)

LAKE CHARLES, La. -- Louisiana residents are once again dodging overturned cars on the roads, trudging through knee-deep water to find their homes flooded and pledging to rebuild after Hurricane Delta blew through the besieged part of the state.

Delta made landfall Friday with top winds of 100 mph. It then moved over Lake Charles, a city where Hurricane Laura damaged nearly every building in late August.

No deaths from Delta have been reported so far.

But a leading cause of the 32 attributed to Laura was carbon monoxide poisoning from generators used in buildings without electricity.

Delta weakened into a tropical depression, but forecasters warned of flash flood and storm surge danger in areas from Texas to Mississippi.

Gov. John Bel Edwards spoke in Jennings after flying over the damage from Hurricane Delta.

He told southwest Louisiana residents on Saturday, a day after Delta's landfall: “We’re going to work as hard as we can as fast as we can to get everybody’s lives right side up again. As if Hurricane Laura wasn’t enough.”

He added: “We have tens of thousands of Louisianans today who are hurting, and we need to lift them up both in prayer, but also by our deeds.”

The governor says still no deaths have been reported from the storm. But he continued to urge people to be cautious in their recovery work and in their use of generators.

Seven of the 32 deaths attributed to Laura came the day that hurricane struck weeks ago. But many others were caused by carbon monoxide poisoning from generators.

“Laura was much more destructive in terms of the wind damage. ... but there was more water from this one,” Edwards said.