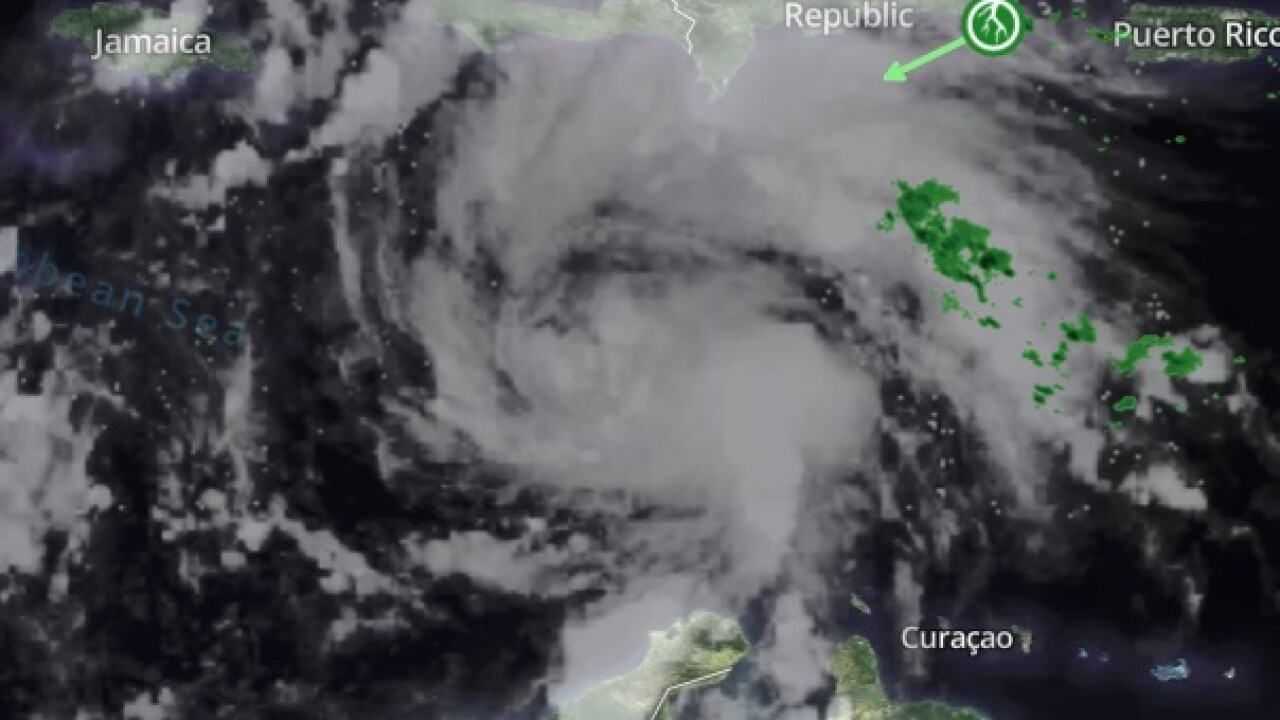 MIAMI -- A tropical depression has formed in the central Caribbean Sea and forecasters say it is expected to become a hurricane in the coming days as it approaches Central America.

The Miami-based center said the storm system is forecast to strengthen into a hurricane in a couple of days as it approaches Nicaragua and Honduras.

Forecasters said that if the depression becomes a named storm as expected, it would be named Eta as the 28th named Atlantic storm this season — tying the 2005 record for named storms.