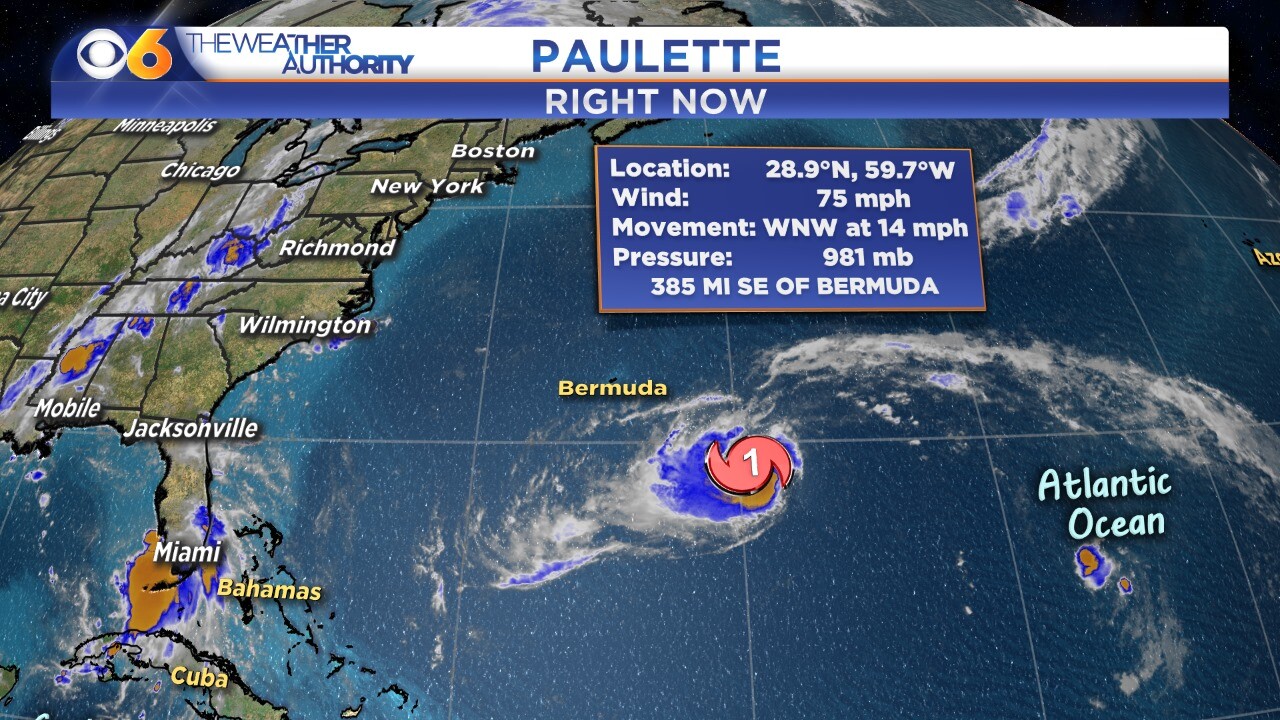 MIAMI -- Residents of Bermuda are urged by forecasters to prepare to protect life and property ahead of Hurricane Paulette.

The U.S. National Hurricane Center says Paulette is expected to grow into a dangerous storm as it approaches the territory Sunday.

It has maximum sustained winds at 75 mph that are expected to intensify. It's the strongest in terms of winds of six disturbances the center is tracking in the Atlantic Ocean and Gulf of Mexico.

Two tropical depressions and two other disturbances were also at sea or in the Gulf.