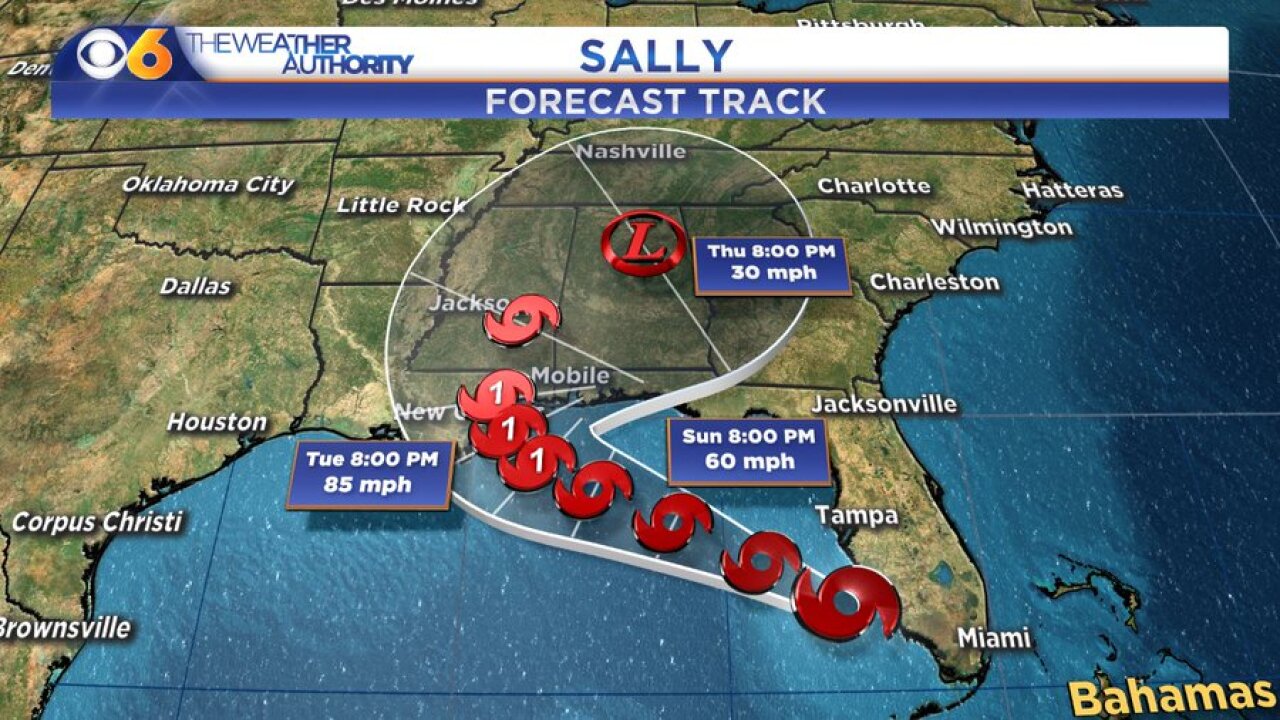 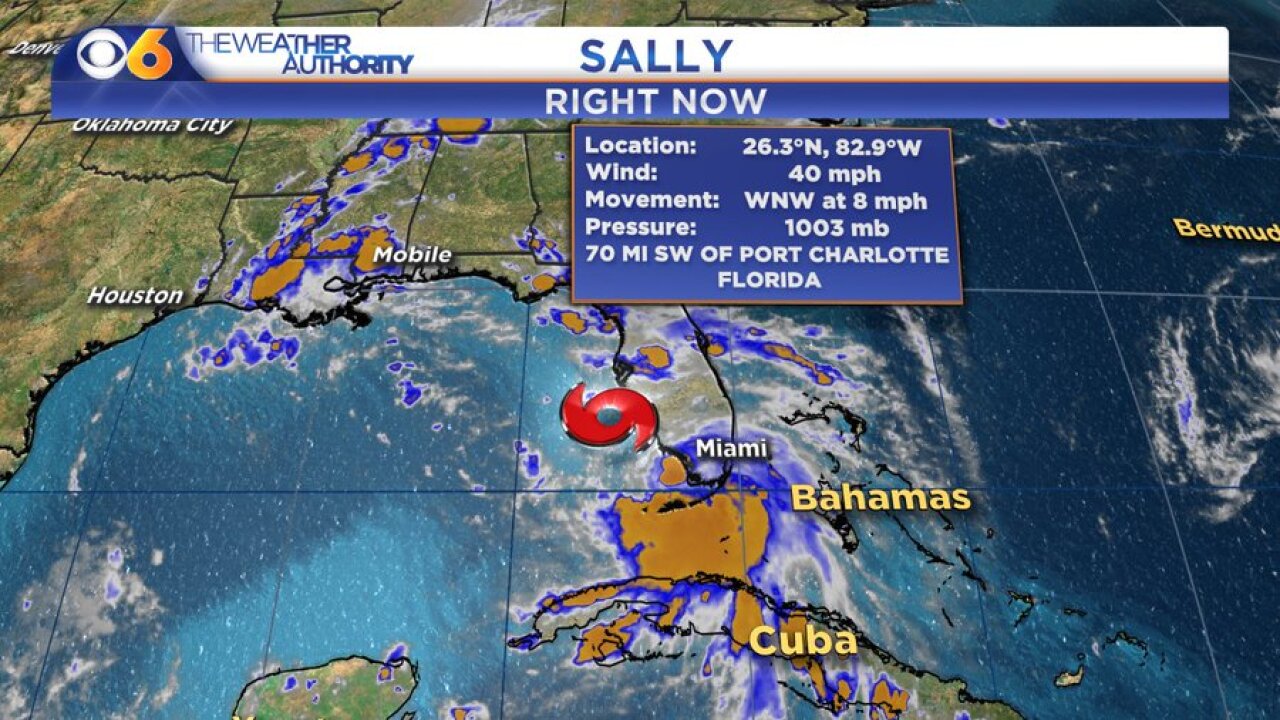 ST. PETERSBURG, Fla. -- Newly formed Tropical Storm Sally has become better organized and is forecast to reach hurricane strength before it strikes the U.S. Gulf Coast early in the week.

They say it could become a hurricane by Monday.

Metropolitan New Orleans and a stretch of Gulf Coast from Grand Isle, Louisiana, to the Alabama-Florida line are under a hurricane watch.

Late Saturday, Louisiana Gov. John Bel Edwards declared a state of emergency ahead of the storm, and some mandatory evacuation orders were being announced for south Louisiana areas outside levee protection.