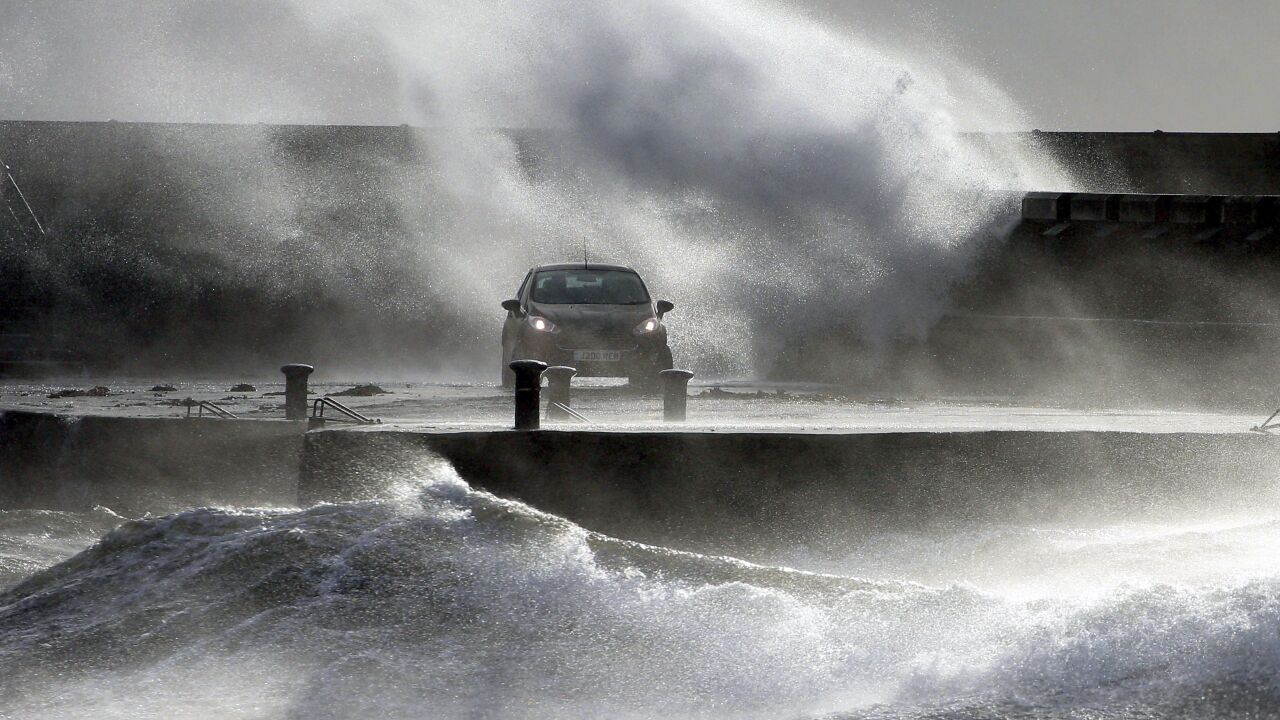 Andrew Milligan/AP
Waves lash the coast on the Ayrshire coast at Ardrossan, Scotland, Sunday, Feb. 9, 2020. Trains, flights and ferries have been cancelled and weather warnings issued across the United Kingdom and in northern Europe as the storm with winds expected to reach hurricane levels batters the region. (Andrew Milligan/PA via AP) 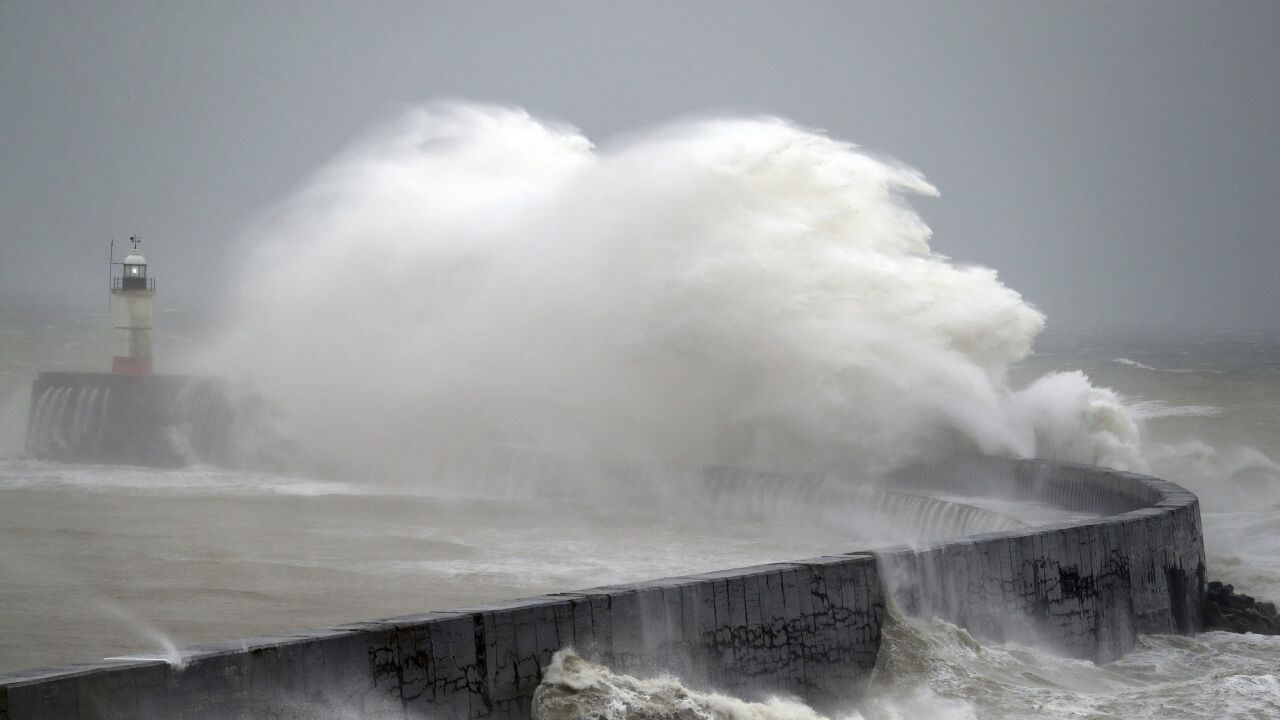 LONDON -- Storm Ciara has battered the U.K. and northern Europe with hurricane-force winds and heavy rains.

The storm on Sunday halted flights and trains and produced heaving seas that closed down ports.

Soccer games, farmers' markets and other events were canceled as millions of people were urged to stay indoors.

The storm brought massive wind gusts, including one clocked at 97 miles per hour on the Isle of White.

A flight-tracking website said the winds were so strong a British Airways flight made it from New York to London in record-setting time and arrived 102 minutes early.