"It flashed the whole sky." 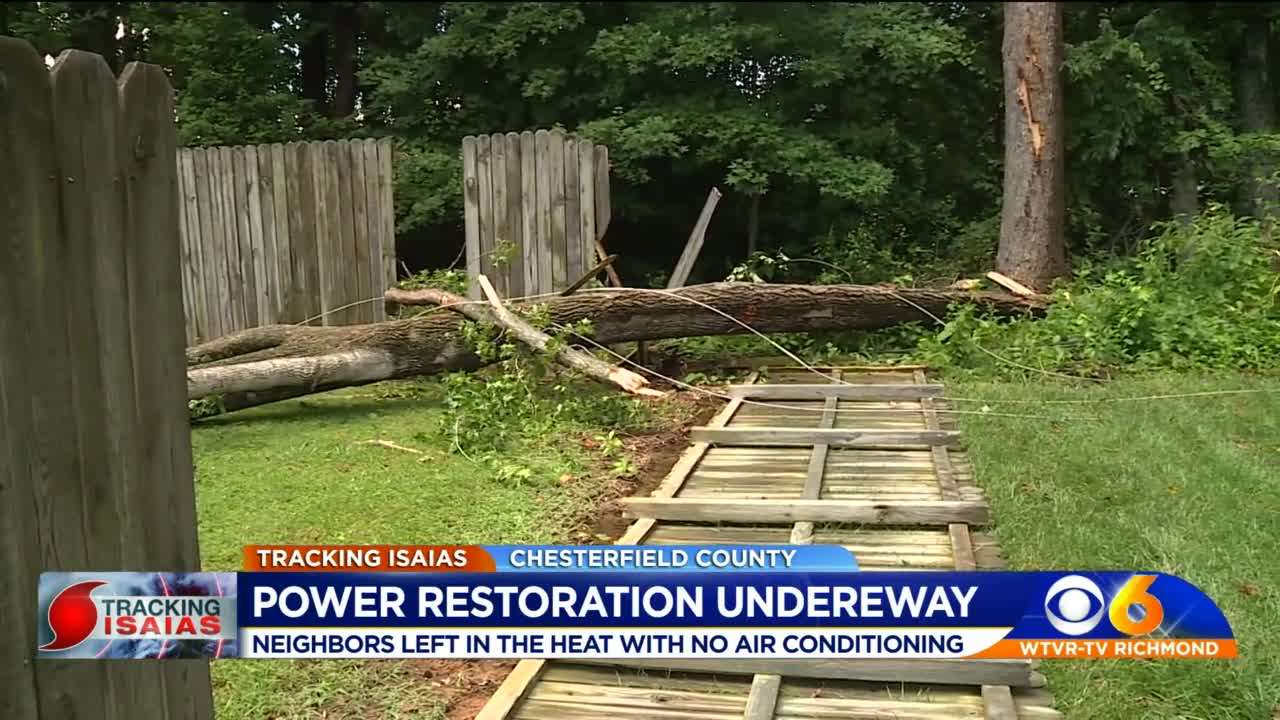 Contractors and Dominion Energy crews spent Tuesday repairing power lines that were toppled over during Tropical Storm Isaias. Peggy Cooley woke up to three “booms” outside of her Winterpock Road home in Chesterfield. “Right near my bedroom window I could see the light from the big boom. It flashed the whole sky,” she described. 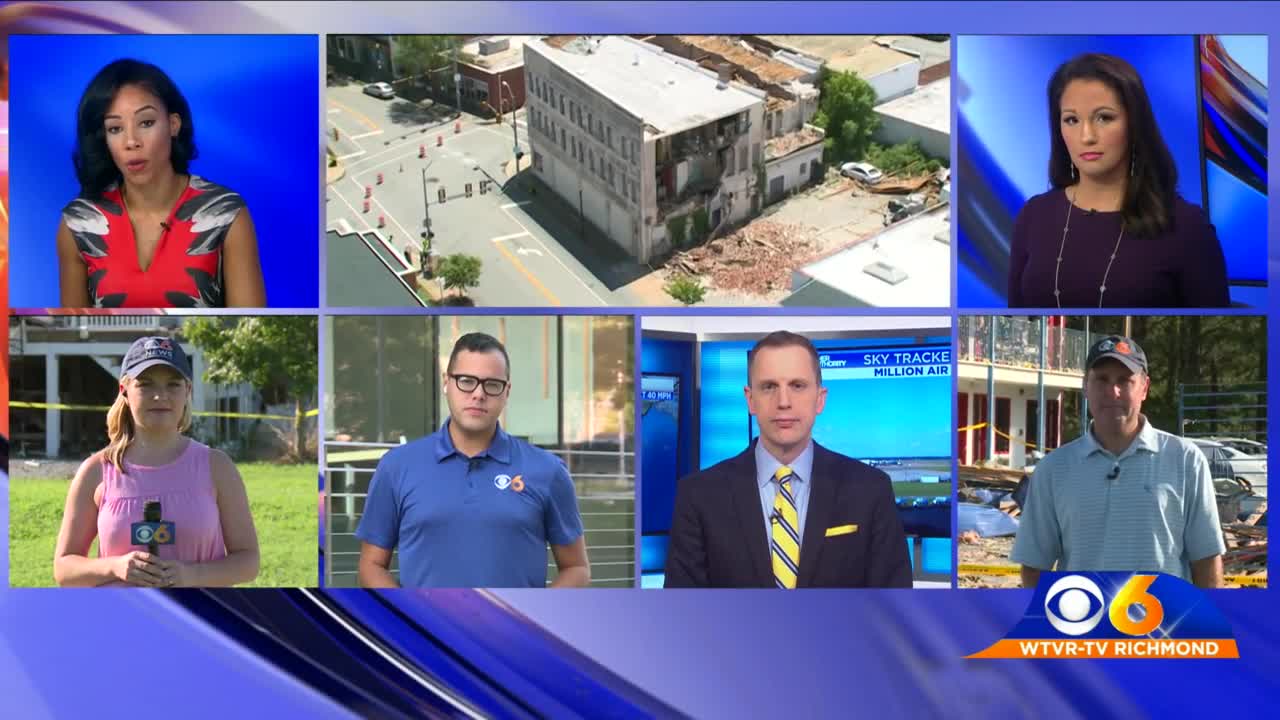 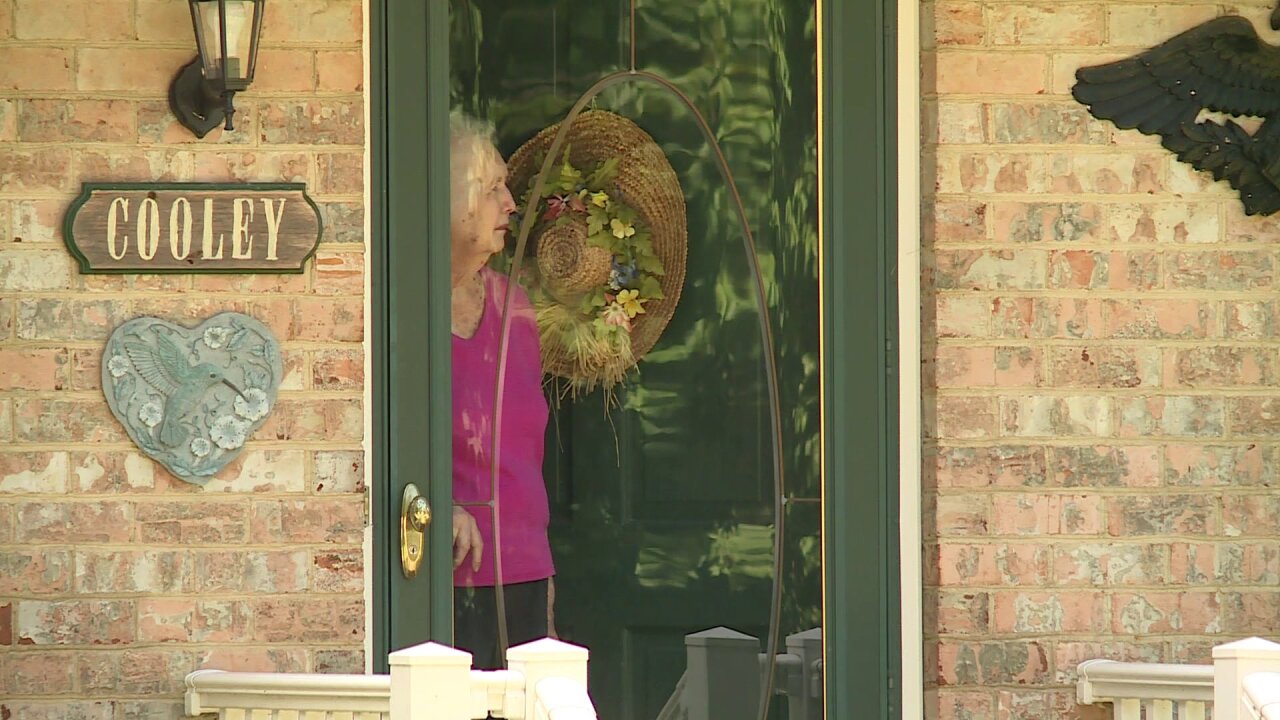 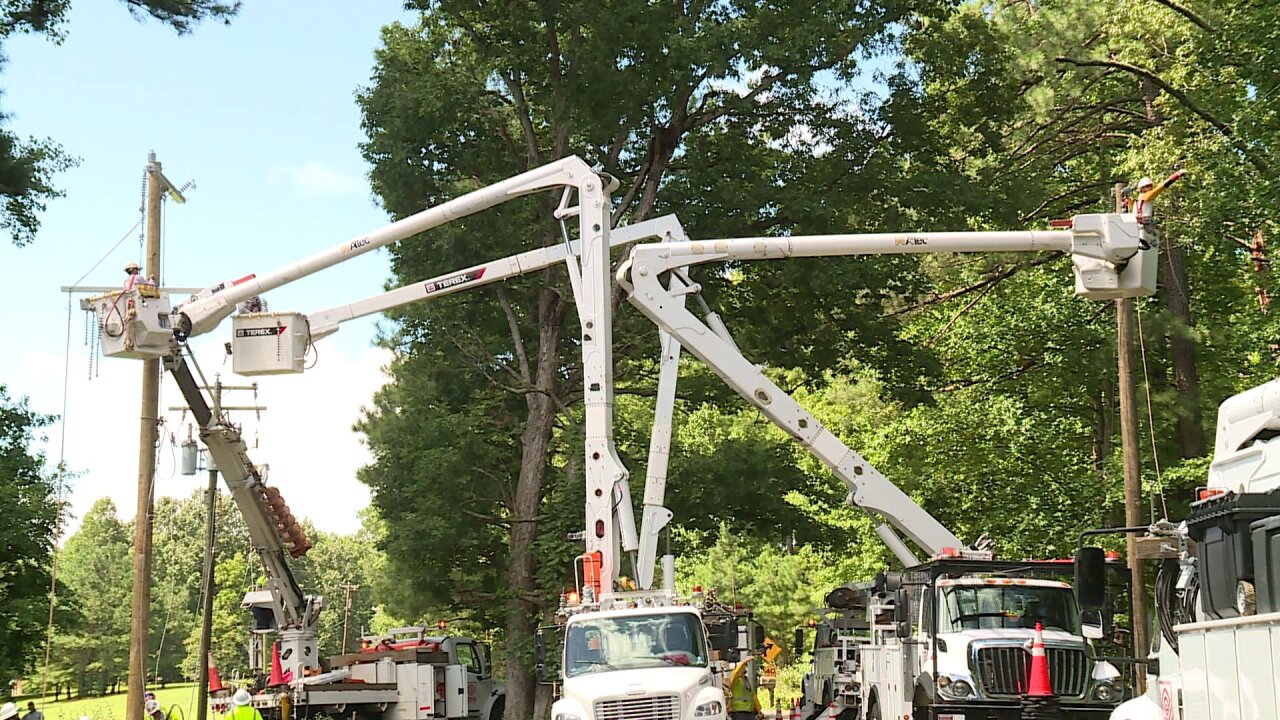 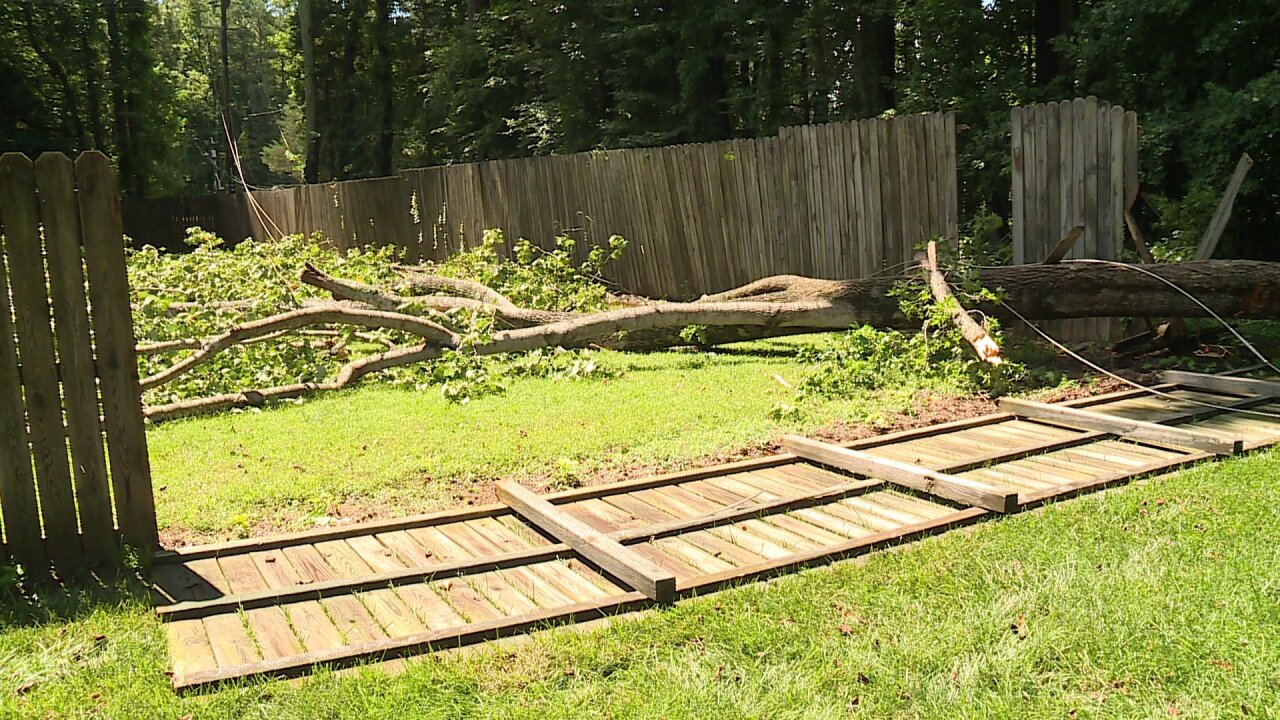 Peggy Cooley woke up to three “booms” outside of her Winterpock Road home in Chesterfield.

“Right near my bedroom window I could see the light from the big boom. It flashed the whole sky,” she described.

Giant trees knocked over electricity poles that then caught transformers on fire. Cooley was unscathed, but the trees toppled her fence.

“I’m going to have to get somebody to fix it I guess and clean up all that mess,” Cooley explained.

Ana Tapia rushed to check on her grandchildren during the storm a few houses down.

“We hear three big booms and came out and thought it was on the opposite side,” she recalled. “it’s scary when this happens.”

Adrien Tapia described the “loud explosions” that woke up his family. They then sat without air conditioning for hours as crews worked outside.

“I actually want to use my stove and turn the light on when I use the restroom,” Yessenia Tapia stated. “The power usually comes back on within an hour or so. It usually doesn’t take this long.”

Dominion Energy said they are working around the clock after Isaias made its way though Virginia Tuesday morning.

CBS 6 also caught up with crews after winds knocked over a massive tree on Dabbs House Road and Wheelwood Way in Eastern Henrico.

More than 300,000 people were affected by power outages, with a majority of the outages in the Hampton Roads area.

Officials said crews from all over the region have been moved around to help in make sure everyone's power is restored.

“We are planning for this to be a multi-day restoration effort. We ask that our customer's remain patient," said Jeremy Slayton with Dominion Energy. "Our crews are working as quickly as safely as possible to ensure all of our customers get their power back on.”

Slayton said crews will complete jobs in Metro Richmond before helping with efforts in the East.

Officials reminded residents to be aware of downed power lines and always assume they are energized and dangerous.