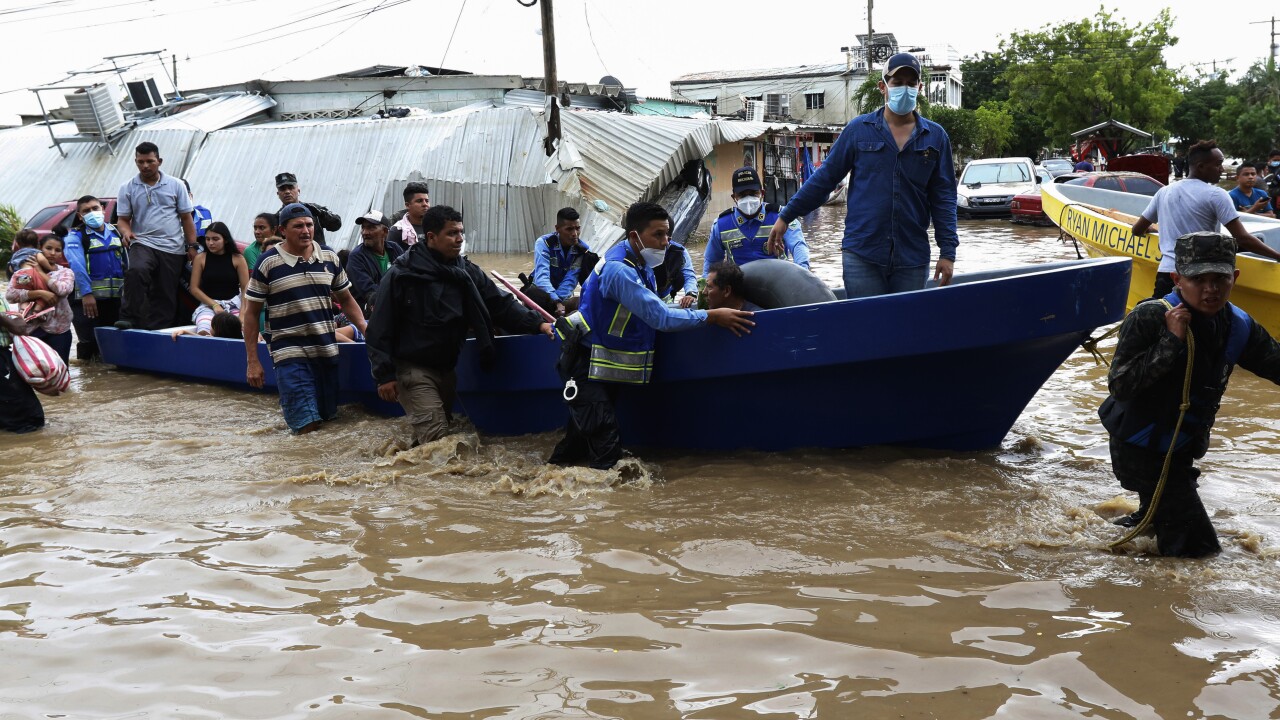 Copyright 2020 The Associated Press. All rights reserved
Delmer Martinez/AP
Police help residents move to higher ground after they were rescued from a flooded area, in Planeta, Honduras, Friday, Nov. 6, 2020. As the remnants of Hurricane Eta moved back over Caribbean waters, governments in Central America worked to tally the displaced and dead, and recover bodies from landslides and flooding that claimed dozens of lives from Guatemala to Panama. (AP Photo/Delmer Martinez)

ST. PETERSBURG, Fla. — Tropical Storm Iota formed Friday in the Caribbean and is expected to strengthen into a hurricane as it approaches Central America. This is the 30th named storm in 2020's record-breaking Atlantic hurricane season.

The National Hurricane Center in Miami said Iota could bring dangerous wind, storm surge and rainfall to Nicaragua and Honduras by Sunday night. Iota currently has sustained wind speeds of 40 mph and it is expected to strengthen as it approaches land.

It could wreak havoc in the same region where people are still grappling with more than 120 deaths and many more missing in the aftermath of Hurricane Eta.

Eta then regained strength and soaked the west coast of Florida before moving into the southeast states and causing severe flooding in North Carolina on Thursday.