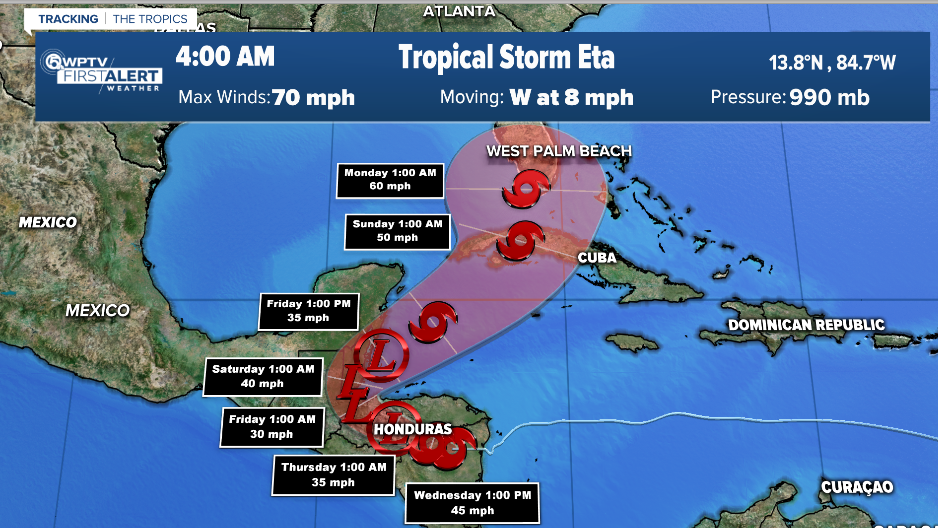 All of South Florida is now in the cone of concern for Tropical Storm Eta. 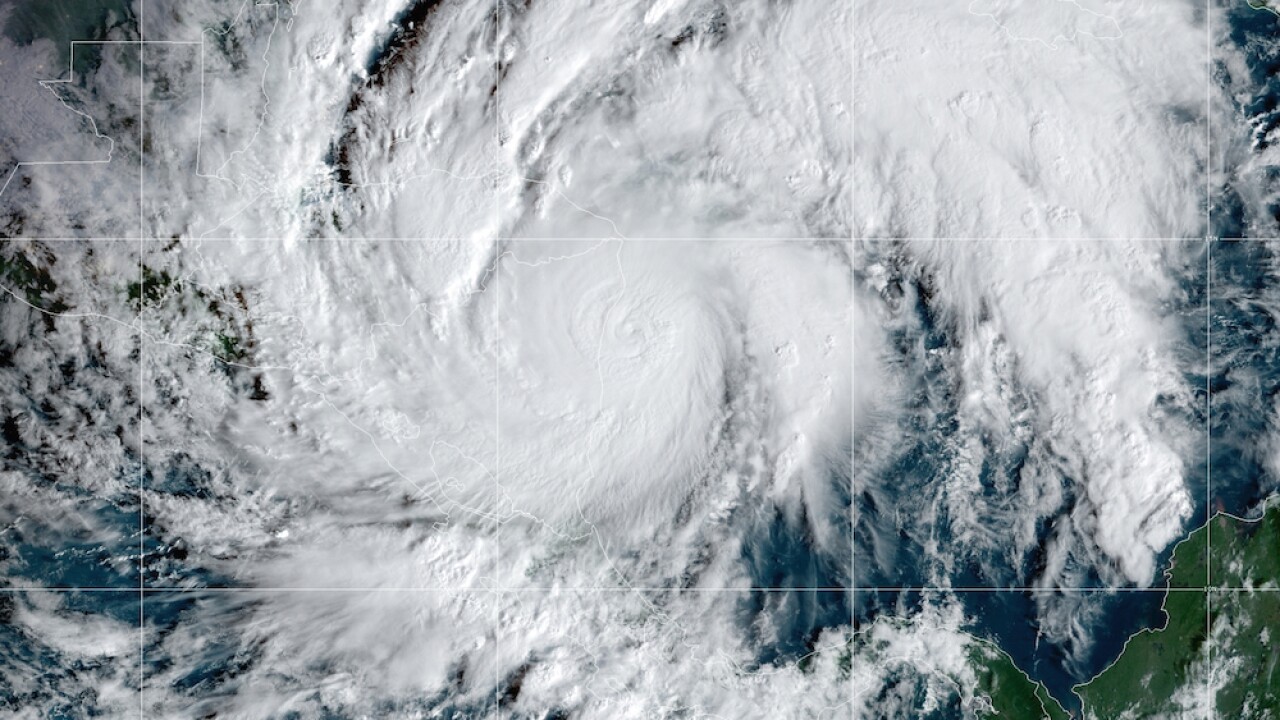 MIAMI — All of South Florida is now in the cone of concern for Hurricane Eta, which hammered Nicaragua on Tuesday.

According to the 4 a.m. ET update from the National Hurricane Center, Eta is packing maximum sustained winds of 60 mph.

The NHC said Eta will rapidly weaken as the storm moves farther inland over Nicaragua and Honduras.

The forecasts project the storm will curve and emerge over the northwestern Caribbean Sea on Thursday night or Friday. Once it does, forecasters said it could re-strengthen into a tropical storm.

By Sunday at 7 p.m., the center of Eta will be just south of Florida with maximum sustained winds of 60 mph.

According to meteorologists for Scripps station WPTV in Palm Beach, Florida project that there will be a higher confidence on Friday for the potential impacts in South Florida.

"Computer models are in fairly good agreement, but the timing is different," said WPTV chief meteorologist Steve Weagle said. "Some are much faster, bringing the rainfall in on Friday. Others a lot slower, bringing it in on Saturday."

At that point, Weagle said the forecast is calling for tropical storm conditions over the weekend with heavy rain and gusty winds.

Weagle said rain bands will likely arrive later on Friday, loosely tied to Eta and a weak front over Cuba. Heavy rain squalls and possible tropical storm conditions are in the forecast for Saturday and Sunday.

"It'll likely be a very sloppy, disorganized weather system as it moves through," Weagle said. "Soggy weekend on the way."

This story was originally published by Steve Weagle and Kahtia Hall on WPTV in Palm Beach, Florida.