⏰This is the weekend clocks 'spring forward' 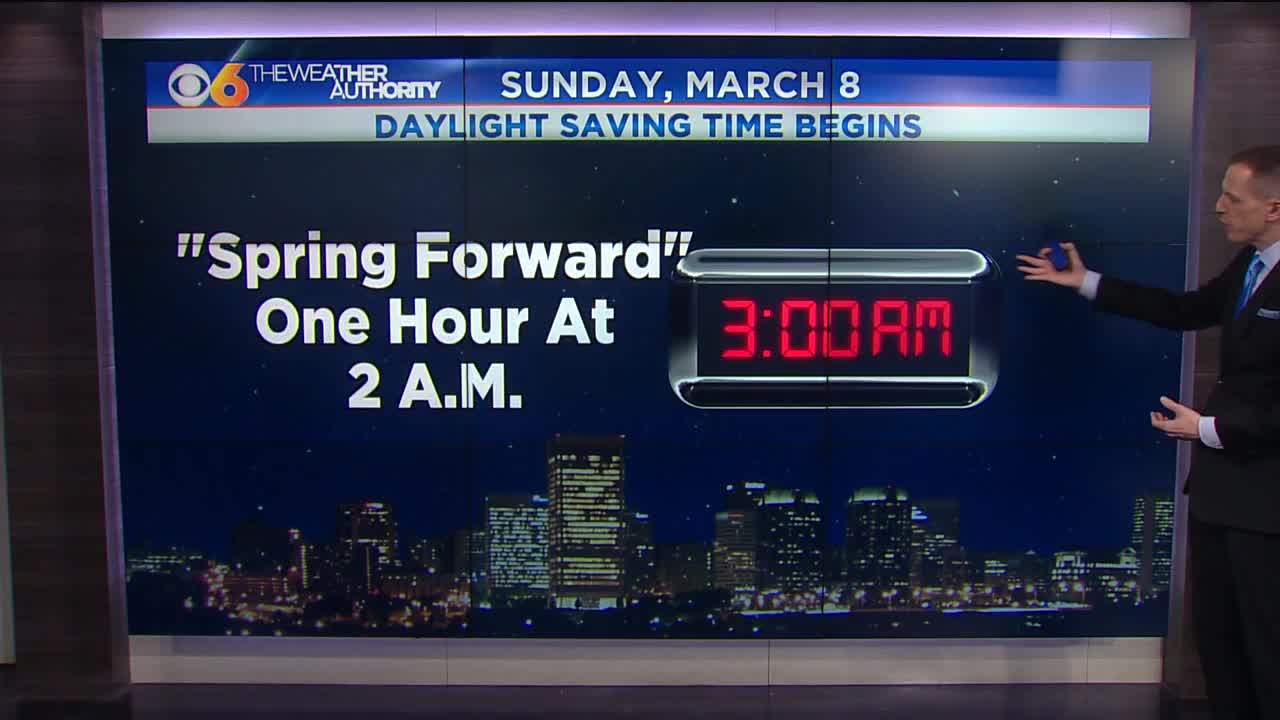 It will be sunny and breezy today. Clocks spring forward one hour tonight

RICHMOND, Va. -- This is the weekend when we "spring forward" one hour to Daylight Saving Time.

This will occur at 2 a.m. on Sunday, March 8. The time of 2 a.m. was originally chosen since it was thought it would be the least disruptive to most people's lives.

Here is how it impacts the sunrise and sunset times:

The clocks will “fall back” to Eastern Standard Time on November 1.

Since 2007, clocks spring forward to Daylight Saving Time on the second Sunday in March, and then fall back to Eastern Standard Time on the first Sunday in November.

Prior to 2007, we used to change the clocks the first Sunday in April and the last Sunday in October.

The timeline of how Daylight Saving Time (DST) came to be: