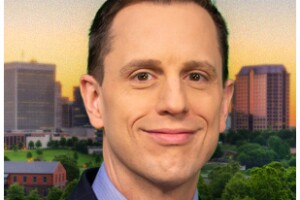 Mike Stone has over 25 years of experience as a meteorologist. He can be seen on our weekend morning newscasts with Greg McQuade from 6 to 8 a.m., and on the CBS 6 News at Noon Wednesday through Friday. He has won two Emmy awards for his work at CBS 6.

He originally worked at WTVR from 1995 to 1998. Since then, he has worked in Toledo, Cleveland and Pittsburgh. His first job was in Oklahoma, where he gained a lot of experience covering tornadoes and severe weather. He returned to CBS 6 in June of 2011.

Mike is a graduate of Penn State University. He is a certified broadcast meteorologist (CBM) and holds the seals of approval from the American Meteorological Society (AMS) and the National Weather Association (NWA).

He continues learning about the latest research and technology at local, national and international weather conferences. In 2009, he was one of only twenty broadcast meteorologists chosen to participate in a climate change conference in Chicago.

Mike also serves as a weather consultant for the Richmond Flying Squirrels and to movie directors filming in Richmond.

He grew up in New Jersey and Pennsylvania, and is the youngest of three. He is married and lives in Glen Allen.