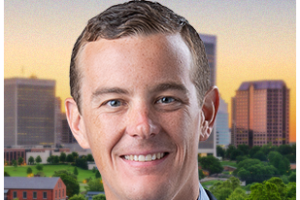 Jake is a Multimedia Journalist and anchor of the CBS 6 weekend evening newscasts.

He began is career in broadcasting at WTVR as a sports intern. After graduating from college, he was hired as a photojournalist. He began reporting in Richmond full-time in 2012.

During his career, Jake has reported live from some of the biggest stories in Central Virginia: the corruption trial of former Governor McDonnell, the Wallops Island rocket explosion, and the D.C. Navy Yard tragedy. In 2016, he led CBS 6 coverage of the election, reporting live from the the Vice Presidential debate and New York City on election night.

A graduate of Maryville College in Maryville, TN, Jake is a sports fanatic, a supporter of the Oxford comma, and loves connecting with the people he talks to every day in the field.