CHARLES CITY COUNTY, Va. -- The first-ever historical marker recalling a lynching in Virginia was unveiled this weekend in Central Virginia.

The sign documents the lynching of Isaac Brandon by a mob of white men in front of the Charles City County Courthouse 127 years ago.

The 43-year-old married father of eight was being held for allegedly assaulting a white woman when a mob of 75 masked men pulled him from jail and hanged him in 1892, according to the Virginia Department of Historic Resources.

Many of Brandon’s descendants attended the unveiling as did State Sen. Jennifer McClellan.

The marker was funded by donations from the Charles City County branch of the NAACP as well as the Richard M. Bowman Center for Local History.

Earlier this year, Virginia became the first state to officially acknowledge with profound regret the existence and acceptance of lynchings.

The marker will be a permanent fixture along the Virginia Capital Trail near the county courthouse.

A mob of about 75 masked men dragged Isaac Brandon from a cell in the old Charles City County jail and hanged him from a tree on this hillside on the night of 6 April 1892. Brandon, a 43-year-old black man, had been held in jail on a charge of assaulting a white woman. He was married and the father of eight children. No charges were filed in connection with Brandon’s murder. More than 4,000 lynchings took place in the United States between 1877 and 1950. In Virginia, approximately 100 people, the vast majority of them black men, were killed in documented lynchings. Lynch mobs terrorized African Americans and helped to maintain white supremacy. 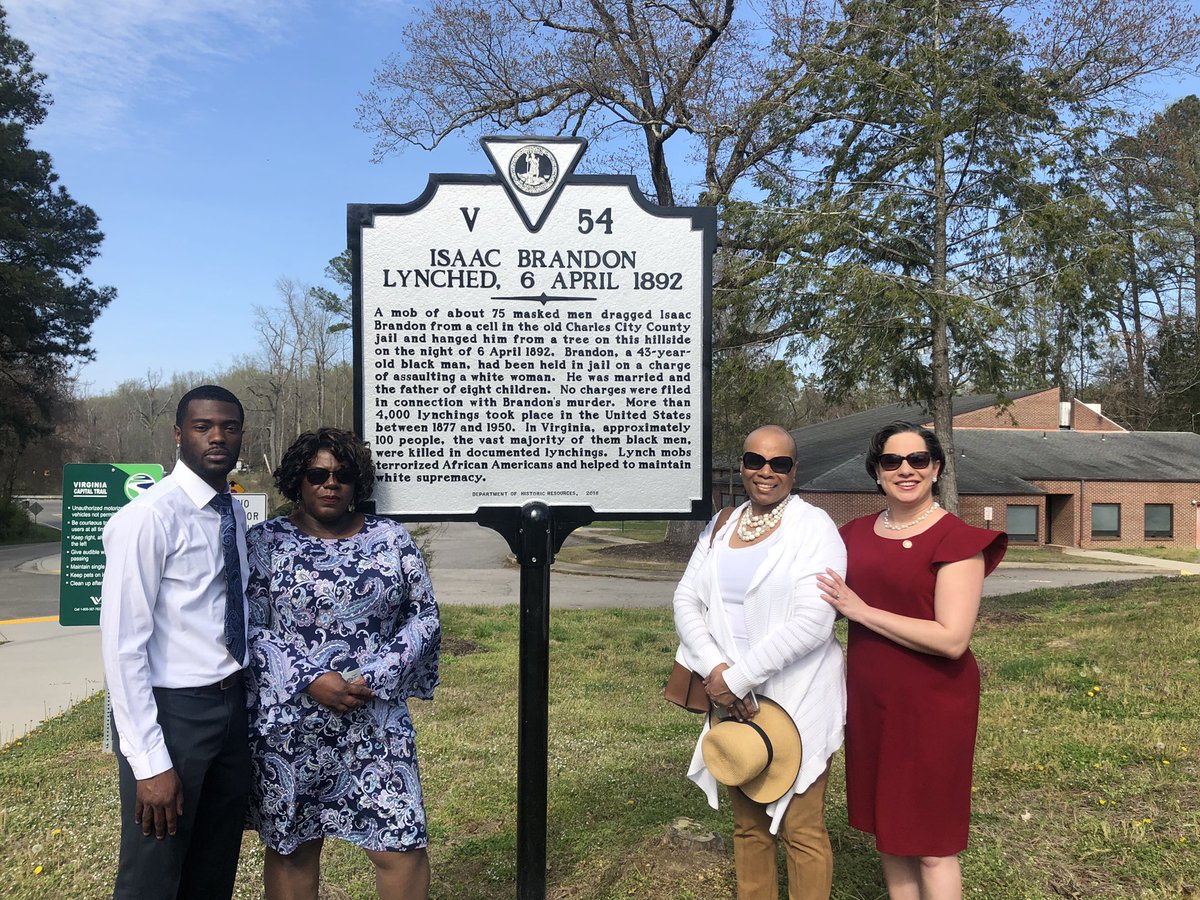