RICHMOND, Va. – Richmond Police are asking for the public’s help to identify a woman wanted for pulling out a gun during a fight following a dance competition at Huguenot High School.

One arrest has been made in the incident, but now investigators are looking for a second woman who was captured on video brandishing a handgun in the gymnasium.

“At approximately 6:30 p.m., Saturday, March 23, RPD officers were called to the school for a report of a person brandishing a weapon,” said a Richmond Police spokesperson. “When they arrived, they encountered a fight occurring among participants in a dance competition. Officers were able to end the disturbance.”

As a precaution, officers conducted a search of the school and found no additional threats. 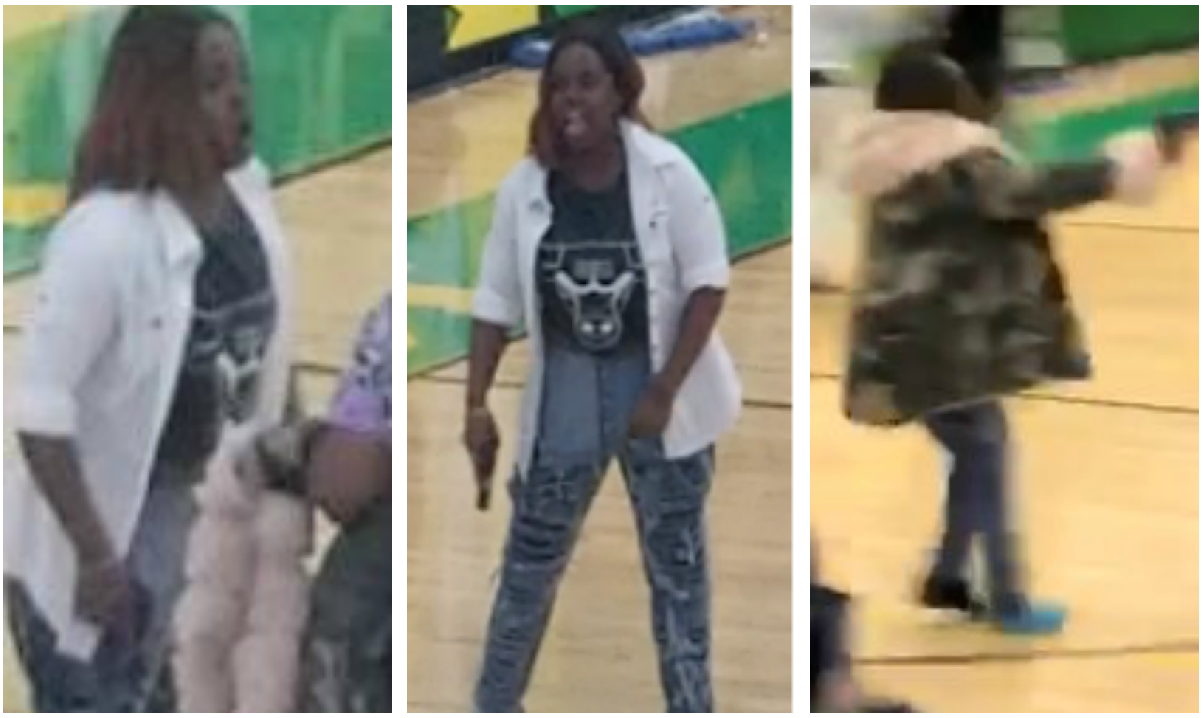 Police say several people suffered minor injuries as a result of the commotion. One person was transported to an area hospital with non-life-threatening injuries.

The suspect is described as an adult female who was seen on surveillance video wearing a camouflage jacket with fur, a Chicago Bulls T-shirt and one shoe while holding and pointing a gun.

Falan Brown, 36, of High Point. North Carolina was arrested last month and charged with simple assault, brandishing a firearm, and felony carrying a firearm on school grounds. She has been released on bond and allowed to return to North Carolina, according to court paperwork.

The organizer of the event told CBS 6 that she was stunned by the incident.

"When I saw the gun, I was just in disbelief because it was over 800 people in there. There were newborn babies in there, elderly people," said Taesha Pate, founder of Violet Flames Majorettes.

"I just couldn't believe that someone would bring a gun into a school, at a kid’s function," said Pate. "I have kids that are traumatized."

The dance mentor says the incident happened as the grand champion was announced.

"They were just upset that they didn't place or win anything," said Pate.