VDOT enacts local emergency for Chesterfield ahead of more rain

VDOT is working to repair roads and clear debris 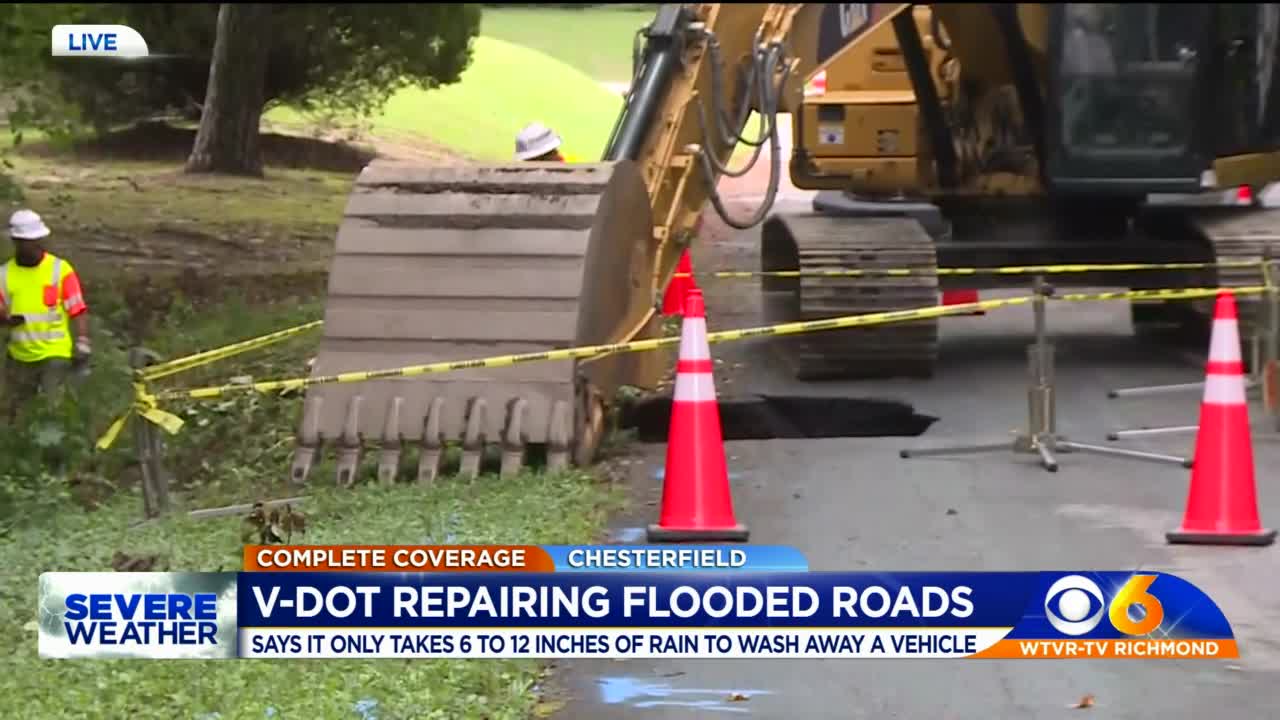 As VDOT crews worked to repair roads, clear debris, and check drainage facilities following days of rain and Tropical Storm Isaias, more rain was expected to be on the way. 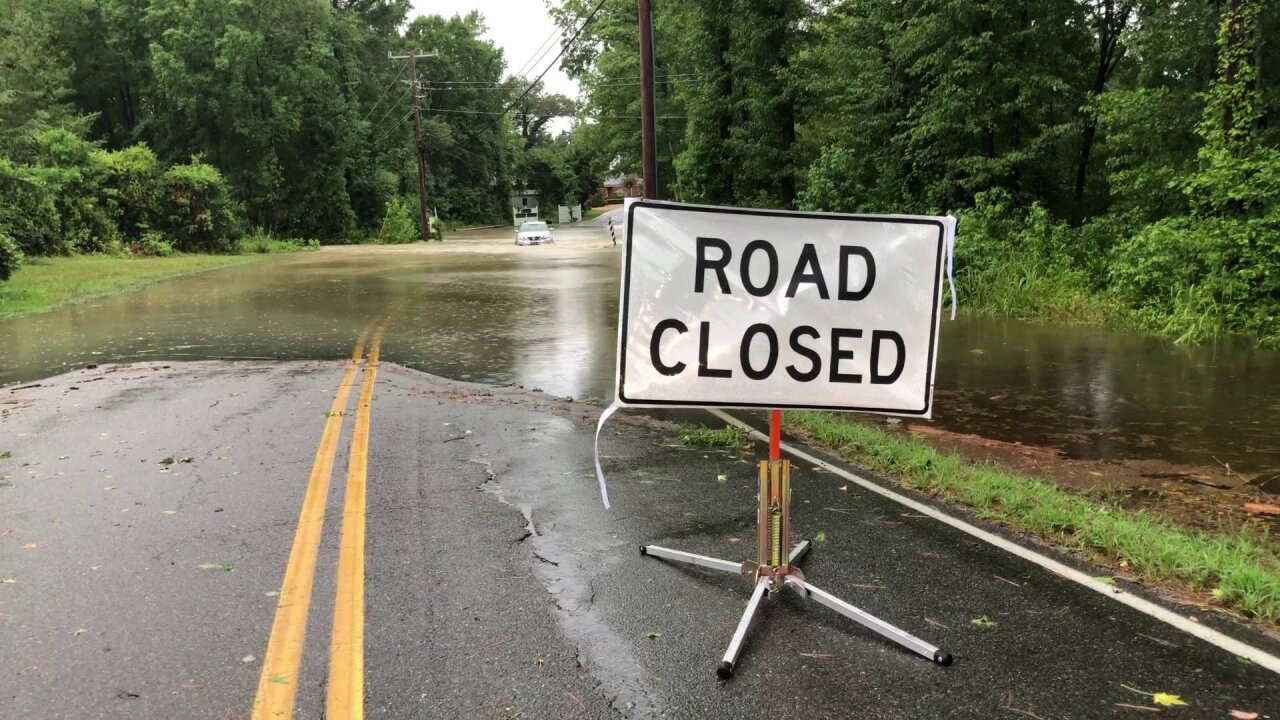 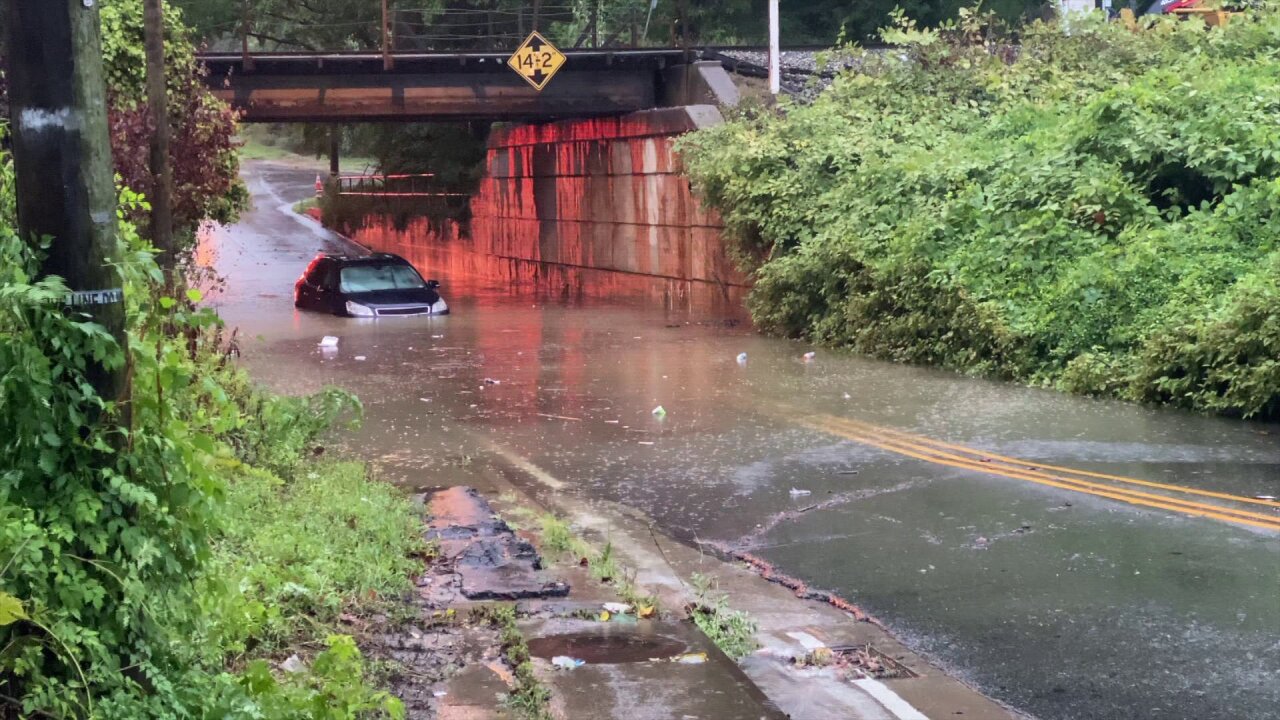 CHESTERFIELD COUNTY, Va. -- As VDOT crews worked to repair roads, clear debris, and check drainage facilities following days of rain and Tropical Storm Isaias, more rain was expected to be on the way.

Glover said VDOT enacted a local emergency for Chesterfield Wednesday, since the area had been hit particularly hard.

"All of our resources are focused on Chesterfield at this point," said Glover. "Just making repairs and assessments and clearing drainage especially in that area since it’s been especially hard hit."

Friday morning, roads like Fallow Drive in Chesterfield were already damaged from the wet week. A portion of Fallow Drive was appeared to have a chunk taken out of it where water washed the pavement away.

Chester Road, opened back up Friday morning after it closed overnight due to flooding.

Glover said crews were continuing to check drainage facilities that may have been blocked, clearing debris, and preparing roads to prevent more flooding with the onset of more rain.

She advised drivers to stay out of any flooded roadways.

"It only takes a very small amount of water, 6-12 inches to wash away a car," said Glover. "It really doesn’t take much to do a whole lot of damage."

Glover also warned drivers of possible debris that could be hard to see under high water, or even active powerlines that could be detrimental to health and safety.