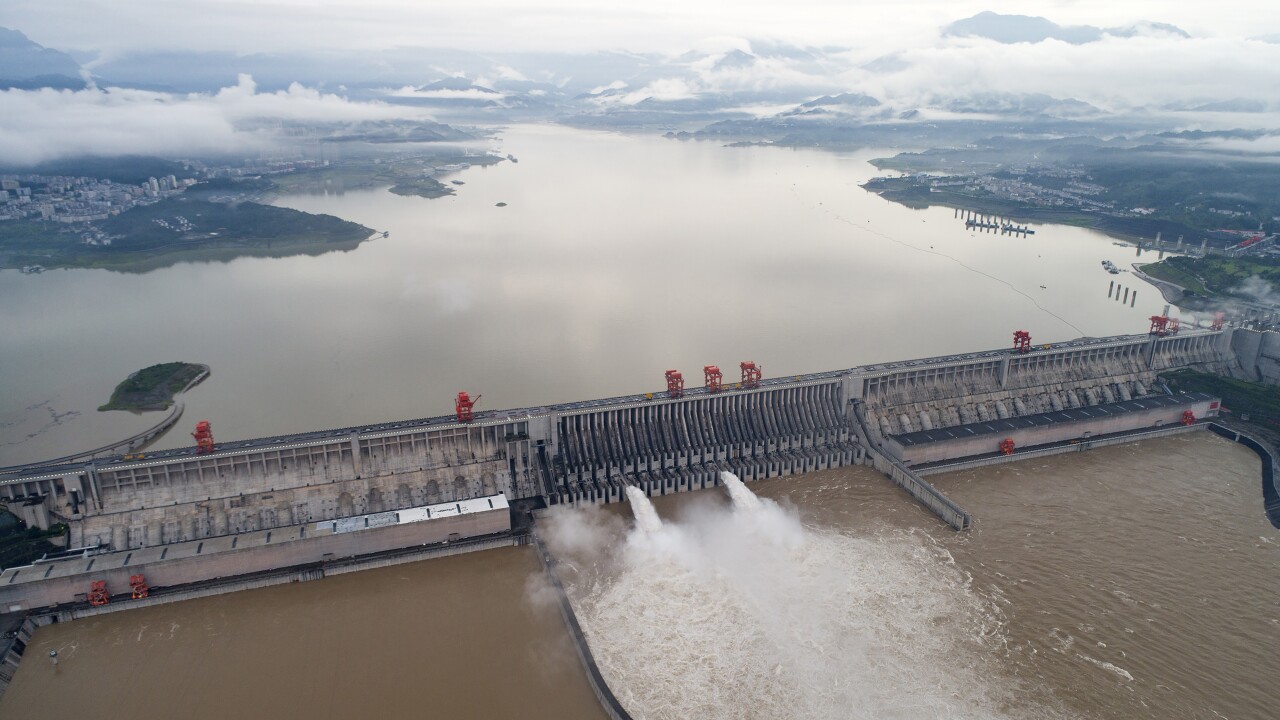 Wang Gang/AP
In this photo released by China's Xinhua News Agency, water flows out from sluiceways at the Three Gorges Dam on the Yangtze River near Yichang in central China's Hubei Province, Friday, July 17, 2020. Engorged with more heavy rains, China's mighty Yangtze River is cresting again, bringing fears of further destruction as seasonal floods that already have left more than a hundred people dead or missing have grown in force since last month. (Wang Gang/Xinhua via AP) 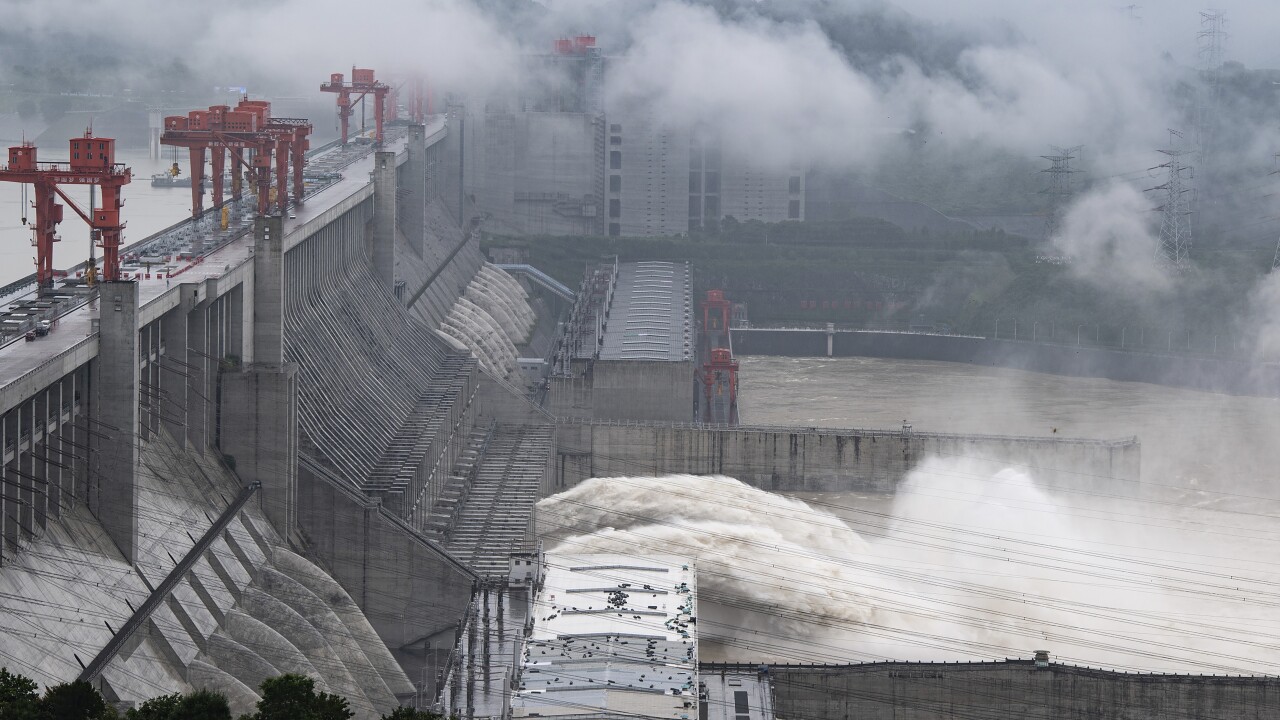 BEIJING -- Authorities in central China have blasted a dam to release surging waters behind it amid widespread flooding across the country that has claimed scores of lives.

State broadcaster CCTV reported the dam on the Chuhe River in Anhui province was destroyed with explosives early on Sunday morning, after which the water level was expected to drop by more than 2 feet.

Water levels on many rivers, including the mighty Yangtze, have been unusually high this year because of torrential rains.

Blasting dams and embankments to discharge from water was an extreme response employed during China's China’s worst floods in recent years in 1998, when more than 2,000 people died and almost 3 million homes were destroyed.