How Virginia is prepping for second winter storm this week

Forecasters said the storm is expected to take a similar path including over the area of Interstate 95 that was shutdown. However, this storm should not be as severe.

RICHMOND, Va. — As a second round of winter weather approaches Central Virginia, multiple state agencies are coming together to prepare.

VDOT officials said crews are pretreating many roadways, which is something they could not do ahead of Monday's storm since rain preceded the snow across the state.

"In that rain event, had we pretreated the roadway, it would have washed off all of the salt and materials that we put down," VDOT Commissioner of Highways Stephen Brich said.

Additionally, Gov. Ralph Northam declared a state of emergency ahead of the storm to give additional resources to those still cleaning up from the first storm. And 50 National Guard members will be deployed across two parts of the state.

"These two primary teams are going to consist primarily of debris removal capability to assist localities to clear and render assistance to the community," Virginia National Guard Adjutant-General Maj. Gen. Tim Williams said. "We also have a small footprint of personnel being brought on duty that will provide administrative and logistics support for those individuals." 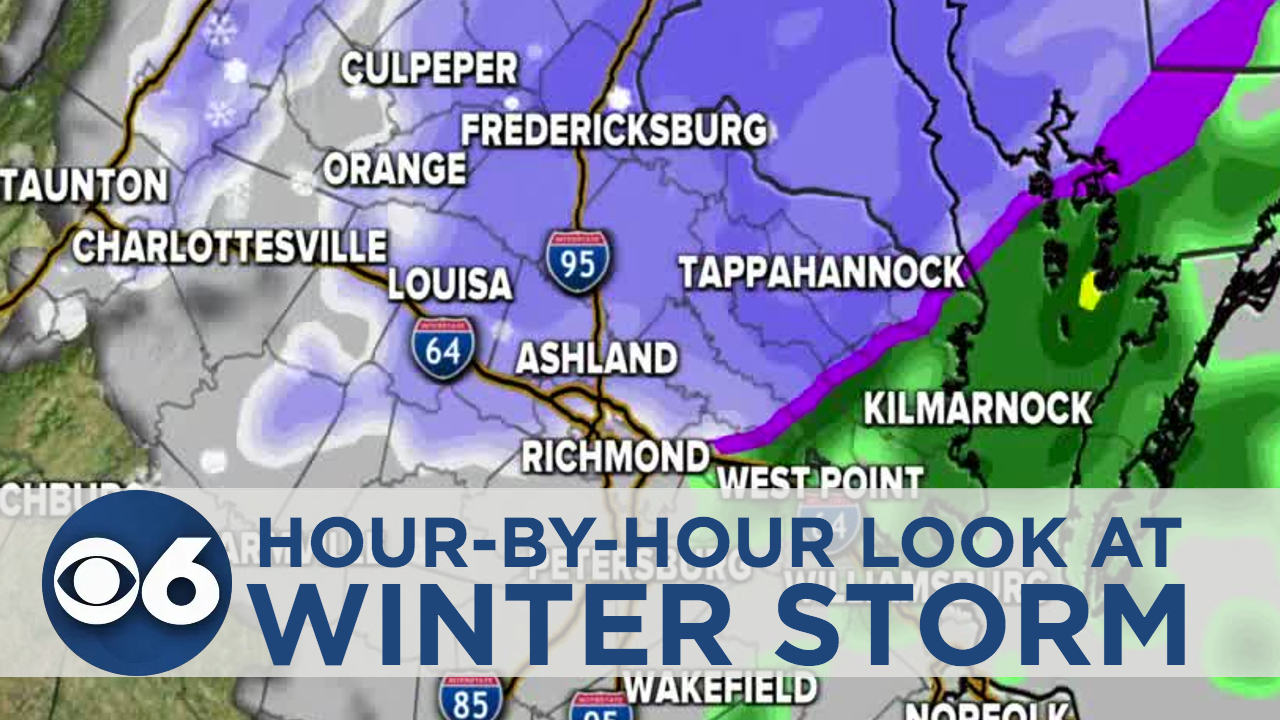 Forecasters said the storm is expected to take a similar path including over the area of Interstate 95 that was shutdown. However, this storm should not be as severe.

Earlier in the week, snow that fell particularly hard and fast north of Richmond caused crashes that led to thousands of drivers getting stuck and stranded on Interstate 95. Some of the drivers were stuck for more than 24 hours and the gridlock prevented snowplows from getting through.

"North of Ashland, again, that sees the most amount of snow, at least along the I-95 corridor," National Weather Service Wakefield Meteorologist Jeff Orrock said. "We are looking at around three to four inches of snow."

Officials said it is helpful most snow is expected overnight and crews will focus removal as it moves in.

"Primarily the interstate first, and our primary roadways and major secondaries that provide a vital emergency and public facilities," Brich said.

IN-DEPTH: Why expert says closing I-95 earlier would have been double-edged sword

When asked if another situation like Monday starts to occur with crashes backing up traffic, officials said they would take several factors into account on whether to close the highway. Those will include if the crash can be cleared in less than an hour or not disrupt snowplow operations

"Making sure that the alternative routes provide safe passable capabilities to be able to redirect that traffic," Brich said.

Officials with Virginia State Police said all available troopers will be on the roads to respond as quickly as possible to crashes and disabled vehicles. But officials urged rivers to plan ahead and avoid traveling during this storm.