Get help paying for life-saving medical care for your pet

RICHMOND, Va. -- Even if the sun is hiding behind rain clouds, Ashley Nolting still has a shadow. Her dog Katie has been by her since she was 11 weeks old. That was 14 years ago.

“She was absolutely supposed to be our dog," Nolting said. "She is a crazy dog. She is a miracle."

The pair is practically inseparable, but the bond was nearly broken after a veterinarian’s diagnosis.

“It was heartbreaking. It was devastating,” Nolting said.

She did not want to see her beloved Katie suffer, but the vet bills would be thousands of dollars.

“She’s always been there. Just the thought of her not being around. It brings goosebumps and I get choked up thinking about it now,” Nolting said.

Desperate to save Katie, Nolting and her husband turned to Fetch-a-Cure. Fetch is a Richmond based non-profit that helps ease the financial and emotional burden while extending the lives of pets.

“When you see that dollar amount in addition to seeing your best friend sick it can be overwhelming,” Sarah Moseley, with Fetch-a-Cure, said.

Moseley said cancer in pets is quite common.

“So a lot of people don’t know that one in four dogs and one in five cats will get cancer in their lifetimes," she said.

She said no one should see their pet suffer because of a lack of options or money. 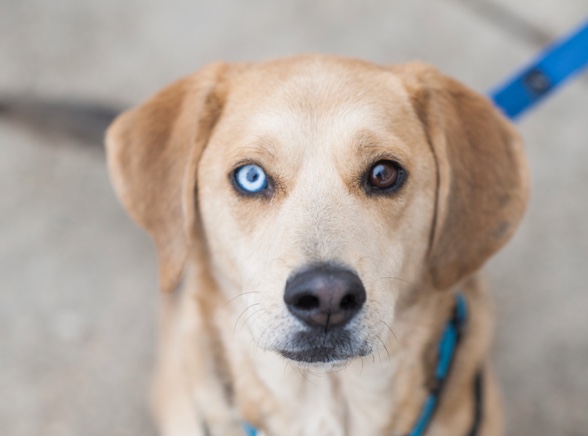 "It’s a lot, but that is why we are here, to lay things down and make sure they have options, but also hope and comfort during a difficult time,” Sarah said.

After months of chemo treatment and a lending paw from Fetch, Katie rebounded and is cancer free.

“Don’t give up hope. There is help out there,” Nolting said.

“They make you feel better. They greet you when you come home. They love you unconditionally," she said.

Thanks to FETCH a Cure, Ashley Nolting can look down and see her shadow at the end of her leash.

“One or two days or two weeks with your best friend. Who could ask for more? More time no matter how much time is what we want," she said.

FETCH is holding a fundraiser November 13.