Deputy Nat Charles, Sutherland Elementary's school resource officer and the man with a golden voice and a big heart, came up with the incentive program for good behavior and grades.

“Maybe I’m here for the security of the school, but also my job is to try to teach these kids right from wrong,” Deputy Charles said. “I enjoy every minute of it. It makes me feel good to see these kids want something in life – and want to be something in life."

To be eligible for the contest, hundreds of students with excellent grades and behavior, earned raffle tickets.

Fifth-grader Evander was hopeful his effort would pay off. In fact, his proud parents said their model son has overcome a lot.

The now healthy Evander was diagnosed with a serious disorder and underwent brain surgery at five.

With tension mounting, 600 other students were waiting patiently and winners were announced grade by grade.

Evander is stunned when his name is called.

When the fifth-graders were announced, Evander couldn't believe his ears when his name was called. It was a glorious moment that makes for one happy boy and a beloved deputy smile with pride.

Last year Deputy Charles gave away six bikes. But the “Pedaling for Performance” program went over so well, the community opened up their checkbooks and was able to give away 31 bikes. One of those was a custom two-wheeler. 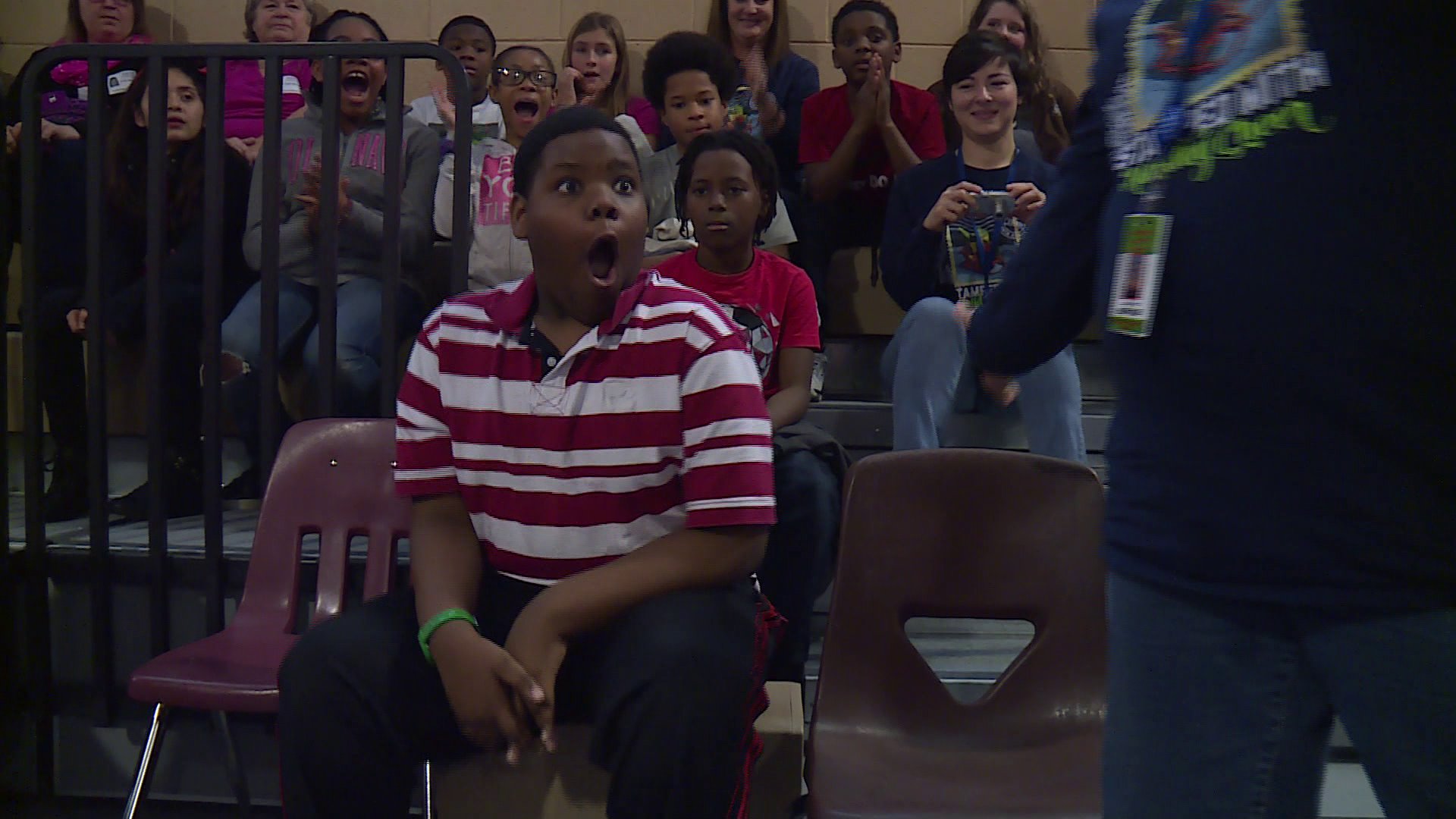