Among the millions who haven't received their CARES Act check? Follow these tips 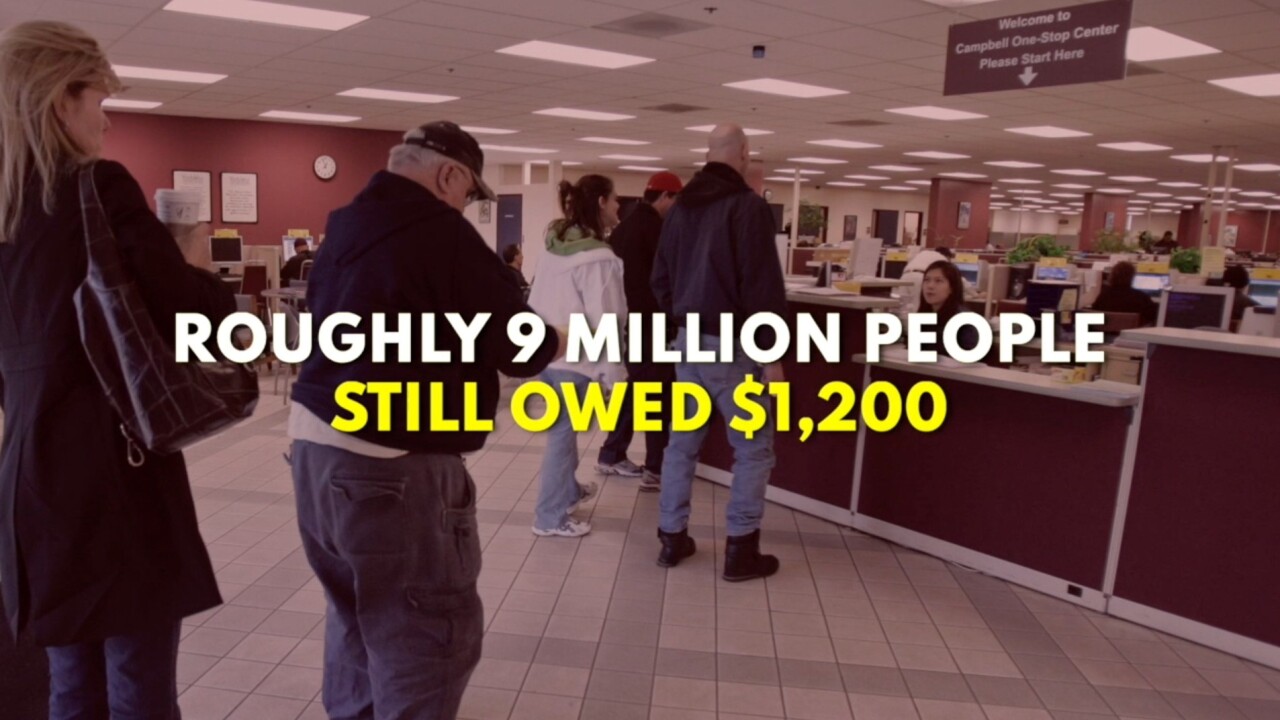 With Congress unable to agree on another stimulus package, the CARES Act may have been the only chance for many to get an economic impact payment or stimulus check. However, millions of people still haven’t received that check.

“There is a whole combination of factors for why people have not received their checks,” said Nina Olsen, the Executive Director for The Center of Taxpayer Rights.

One reason some have not gotten their checks is because they did not file a 2018 or 2019 tax return, and they have not gone to the IRS’s “Non-Filer Portal,” which is located on the home page of the IRS’s website.

So now, after 5 months, the IRS is sending letters to 9 million people in that category. The IRS has been able to identify who still qualifies for a check, but hasn’t received it, by sorting through its records and checking W-2 forms and 1099s.

Those forms also have the non-filer’s address information, and that is the address the IRS is using for the new letters. The letters will inform these non-filers they are still eligible to get a stimulus check under the CARES Act and the steps they need to take to get that money. The steps are simple, either go to the IRS’s website and fill out the non-filer form or file a tax return.

“It is also really important that people realize that if they use the non-filer portal they won’t be able to claim the earned income credit and many of these people may be eligible for the earned income credit,” said Olsen. “Those people need to file a regular return rather than use the non-filer portal and I don’t think the IRS has done a really good job of telling people that.”

The earned income tax credit (EITC), typically earned by those who have dependent children, can be worth up to $6,000. If you fill out the non-filer form in the IRS’s portal but later learn you qualified for additional money from the EITC, you could potentially lose the money from EITC.

Outside of the 9 million non-filers getting a letter from the IRS, the 2 to 3 million people still eligible for $500 per dependent are getting a second chance at more CARES Act stimulus money.

“Social Security Retirees and disabled people, it gave them less than 48 hours to go online if they had children. That meant they could get an additional $500 and enter that on the non-filer portal. Well a lot of these folks don’t have online access,” said Olsen. "It actually took a lawsuit that is still in the process of being settled for the IRS to reopen the portal.”

Those still eligible to claim dependents have until the end of September to claim them through the IRS’s non-filer portal. The 9 million non-filers have until October 15 to take their necessary action.