'It’s just my way of giving back to the community' 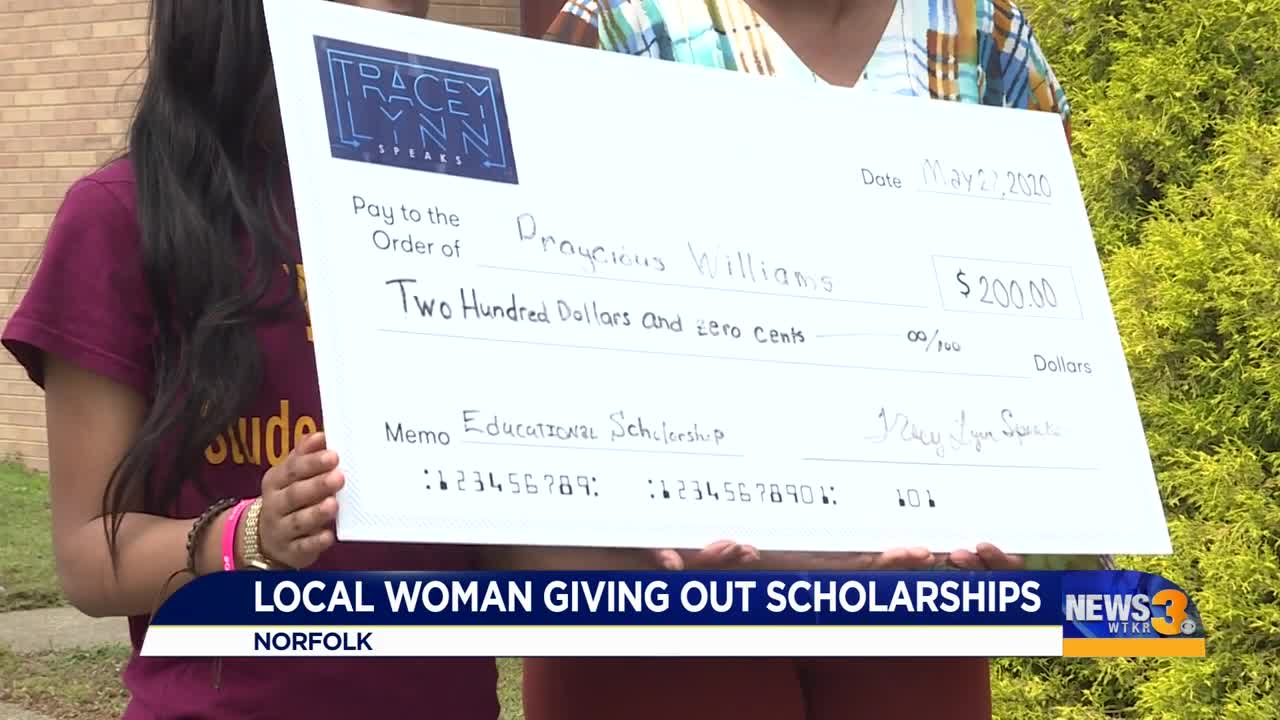 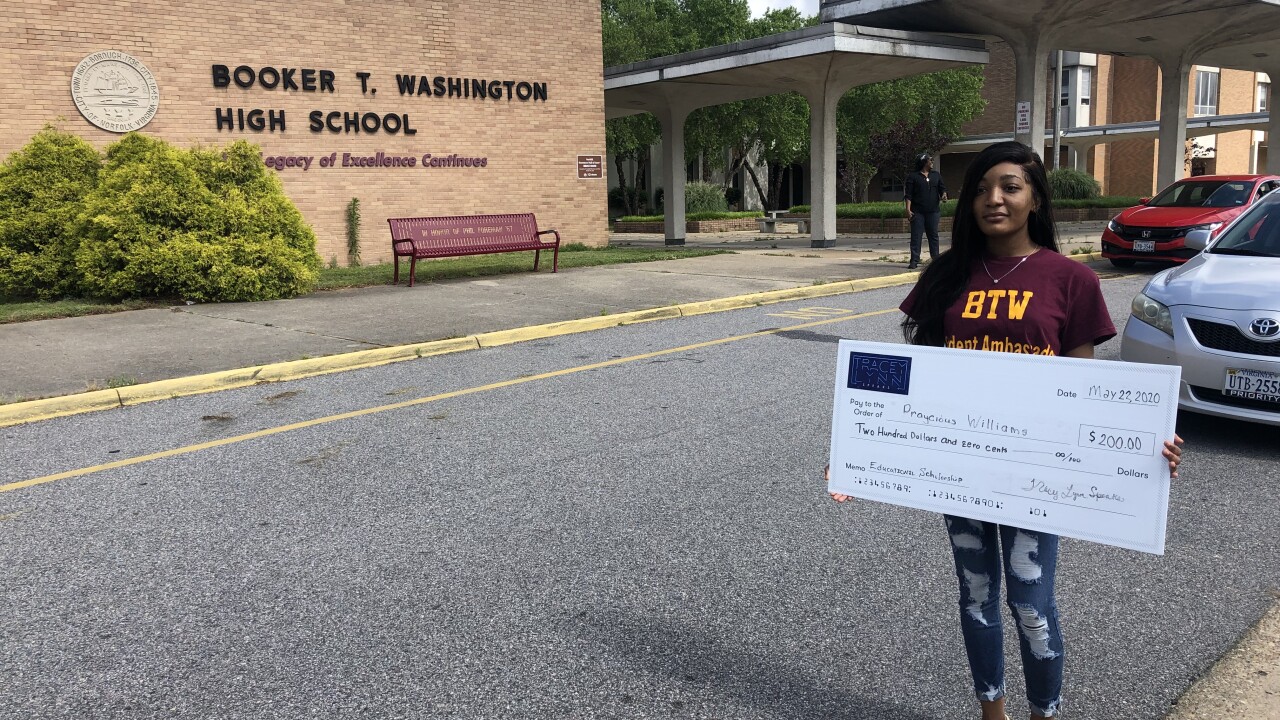 NORFOLK, Va. -- The road hasn't been an easy one for Praycious Williams.

"[It was tough] growing up in the projects, not knowing if you’re gonna eat [or] how you’re going to get to school," she said. "Dealing with the violence and not knowing if something will happen when you walk to the corner store."

Throughout it all, Praycious' mother instilled the importance of getting an education in her children.

On Sunday, the 12 years of hard work paid off for their family when Praycious received the TraceyLynnSpeaks Educational Scholarship for $200

"It’s just my way of giving back to the community and helping young people because they need some encouragement. They need motivation," said Tracey McMillon, also known as TraceyLynnSpeaks.

The local author and community advocate said the idea to hand out scholarships came to her randomly one day.

She was brainstorming how she could make a difference and then hit the ground running. Students were required to submit an essay about how they have defied the odds .

After reading Praycious' essay, Tracey knew that the two would have a connection.

She said the funds for the scholarship were raised through a variety of generous donors, including prominent Norfolk City leaders like Sheriff Joe Baron and Police Chief Larry Boone.

The message to the students aims to mean more than the dollar amount on the check.

"To just be able to give back to them and to let them know that I believe in them and that they’re going to make it," Tracey said.

Praycious has now graduated and will be attending Norfolk State University in the fall. She said she didn't let her circumstances define her, but used them as motivation.

While that took a lot of hard work and determination, she said she is looking forward to her next chapter.

She offers this advice to others in a similar situation, "You can do whatever you believe in, don’t let anybody talk you out of it. Know where you come from, who you want to become, and keep going, keep pushing."

So far, Tracey said she has given out three scholarships and has one more to go. She's hoping this becomes a yearly tradition.